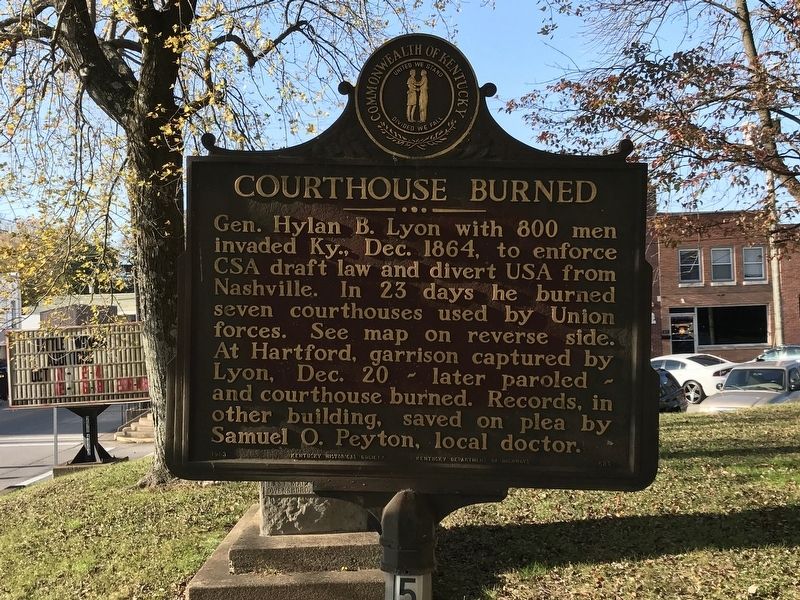 By Duane and Tracy Marsteller, November 1, 2020
1. Courthouse Burned Marker
Inscription.
Courthouse Burned. . Gen. Hylan B. Lyon with 800 men invaded Ky., Dec. 1864, to enforce CSA draft law and divert USA from Nashville. In 23 days he burned seven courthouses used by Union forces. See map on reverse side. At Hartford, garrison captured by Lyon, Dec. 20 , later paroled , and courthouse burned. Records, in other building, saved on plea by Samuel O. Peyton, local doctor. . This historical marker was erected in 1963 by Kentucky Historical Society and Kentucky Department of Highways. It is in Hartford in Ohio County Kentucky

Other nearby markers. At least 8 other markers are within walking distance of this marker. Fort Hartford (a few steps from this marker); County Named, 1798 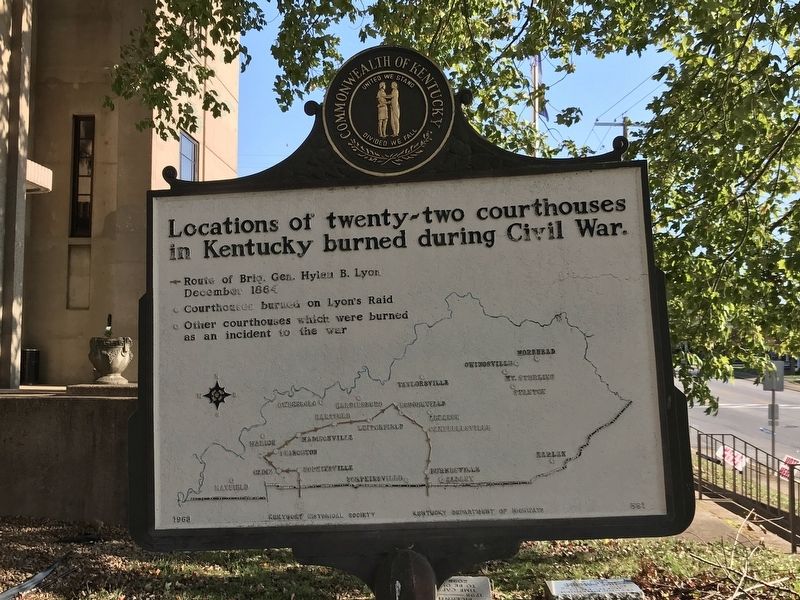 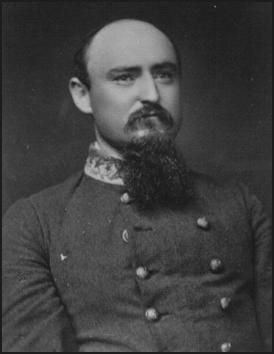