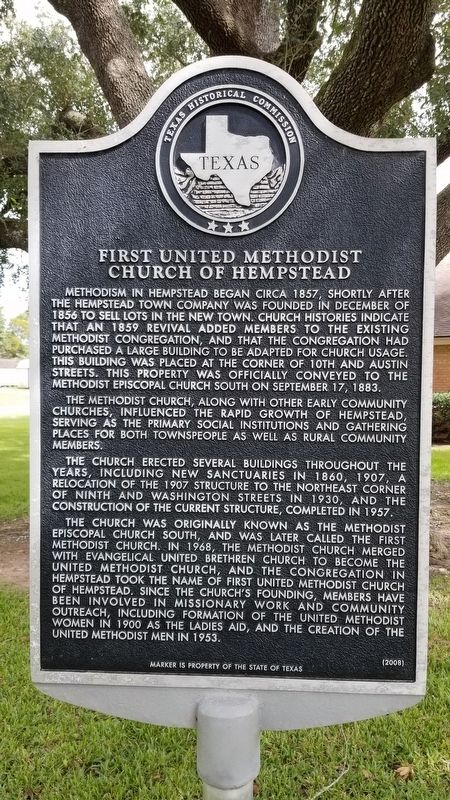 Methodism in Hempstead began circa 1857, shortly after the Hempstead town company was founded in December of 1856 to sell lots in the new town. Church histories indicate that an 1859 revival added members to the existing Methodist congregation, and that the congregation had purchased a large building to be adapted for church usage. This building was placed at the corner of 10th and Austin streets. This property was officially conveyed to the Methodist Episcopal Church South on September 17, 1883.

The Methodist Church, along with other early community churches, influenced the rapid growth of Hempstead serving as the primary social institutions and gathering places for both townspeople as well as rural community members.

The church erected several buildings throughout the years, including new sanctuaries in 1860, 1907, a relocation of the 1907 structure to the northeast corner of Ninth and Washington Streets in 1930, and the construction of the current structure, completed in 1957.

The church was originally known as the Methodist Episcopal Church South, and was later called the First Methodist Church. In 1968, 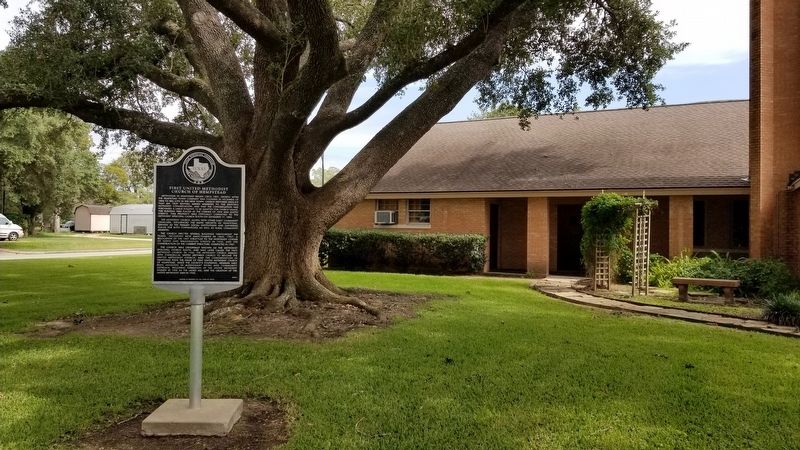 Marker is Property of the State of Texas

Topics. This historical marker is listed in this topic list: Churches & Religion. A significant historical date for this entry is September 17, 1883. 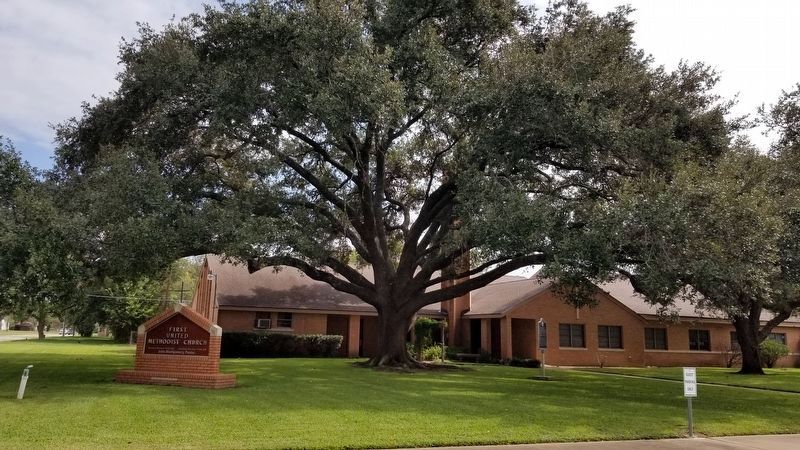 Photographed By James Hulse, October 24, 2020
3. First United Methodist Church of Hempstead
(approx. half a mile away); Captain Alfred H. Wyly (approx. 0.9 miles away); Plantation Home of Edwin Waller (approx. one mile away). Touch for a list and map of all markers in Hempstead.