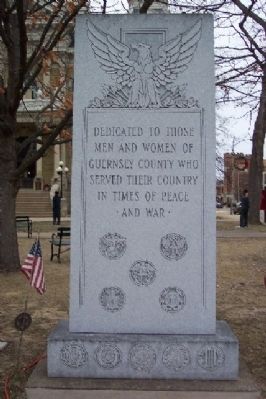 Topics. This historical marker and memorial is listed in these topic lists: Heroes • Patriots & Patriotism. 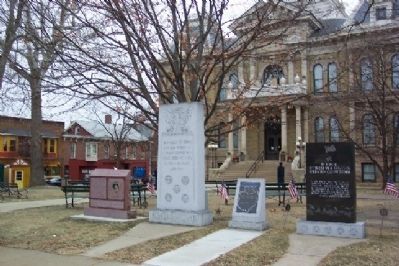 Photographed By William Fischer, Jr., December 23, 2008
2. Guernsey County Veterans Memorial
To left is the Purple Heart Memorial and to right are the Medal of Honor and Desert Storm Memorials. Courthouse is in background.