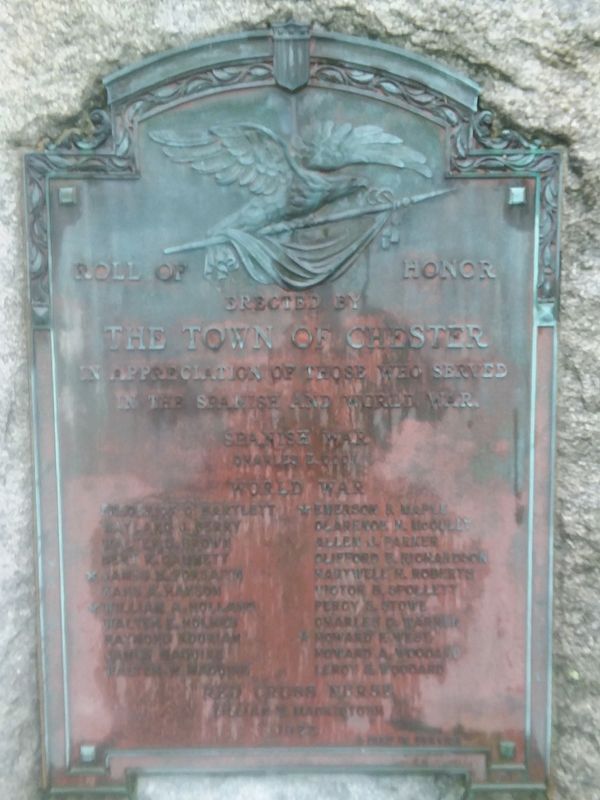 Roll of Honor
Erected by the Town of Chester in appreciation of those who served in the Spanish and World War.

Topics. This memorial is listed in these topic lists: War, Spanish-American • War, World I.

Location. 42° 57.45′ N, 71° 15.433′ W. Marker is in Chester, New Hampshire, in Rockingham County. Memorial is on Chester Street, on the right when traveling east. Touch for map. Marker is in this post office area: Chester NH 03036, United States of America. Touch for directions.

Other nearby markers. At least 8 other markers are within walking distance of this marker. Chester Persian Gulf Veterans Memorial (a few steps from this marker); Chester Vietnam War Memorial 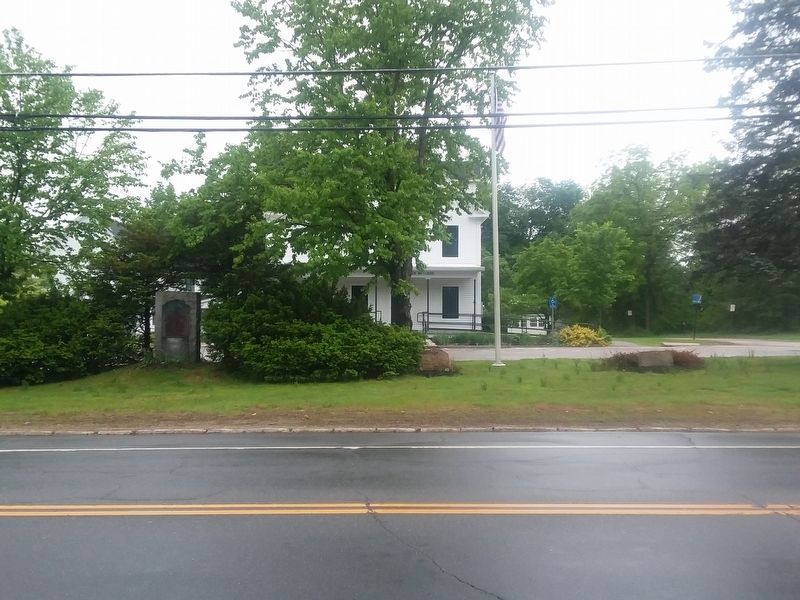