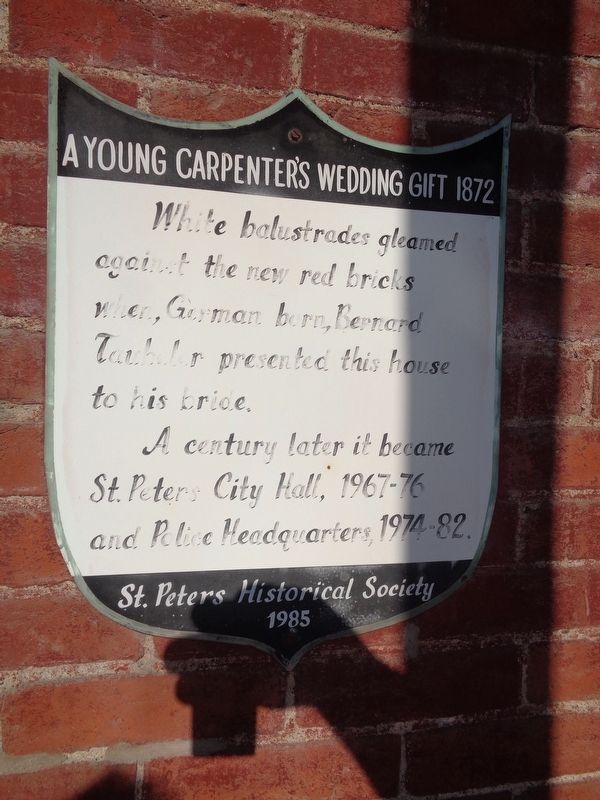 White balustrades gleamed against the new red bricks when, German born, Bernard Taubeler presented this house to his bride.

Topics. This historical marker is listed in this topic list: Government & Politics. A significant historical year for this entry is 1872. 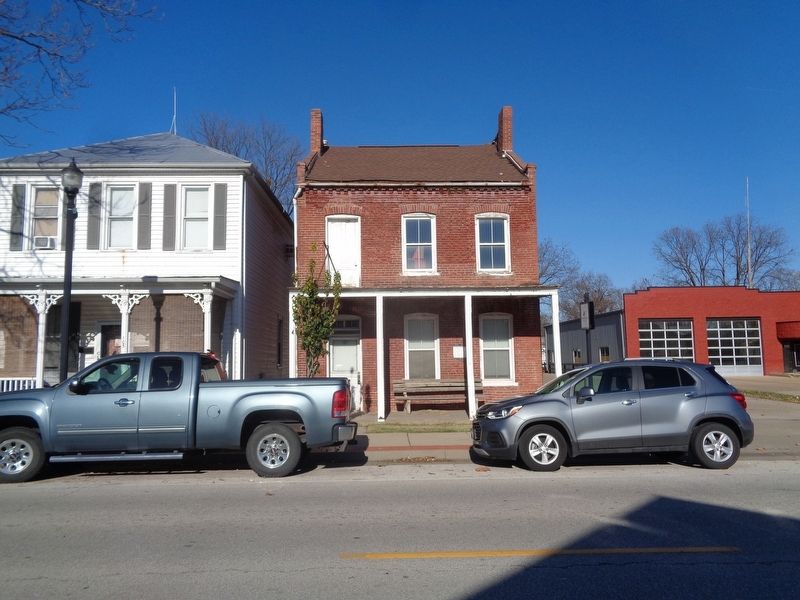