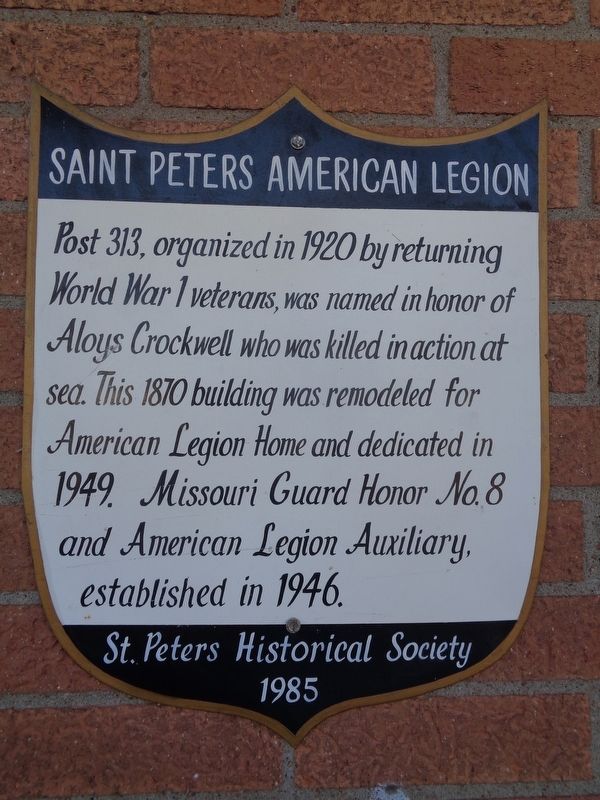 Post 313, organized in 1920 by returning World War 1 veterans, was named in honor of Aloys Crockwell who was killed in action at sea. This 1870 building was remodeled for American Legion Home and dedicated in 1949. Missouri Guard Honor No. 8 and American Legion Auxiliary, established in 1946.

Topics. This historical marker is listed in these topic lists: Fraternal or Sororal Organizations • War, World I. A significant historical year for this entry is 1920.

Other nearby markers. At least 8 other markers are within walking distance of this marker. Veterans Memorial (a few steps from this marker); A Young Carpenter's Wedding Gift 1872 (about 400 feet away, measured in a direct line); An 1856 Two-Story House (about 400 feet away); Residence of Frank Taubeler (1856-1929) (about 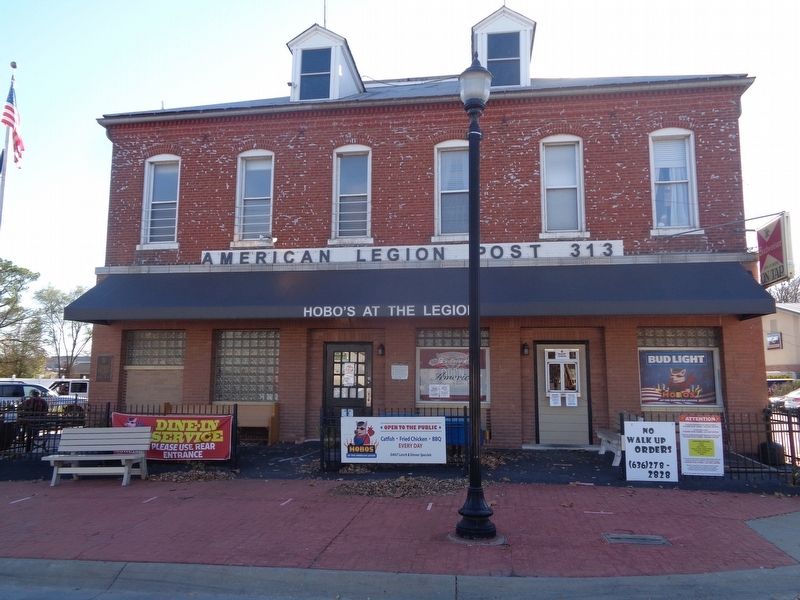