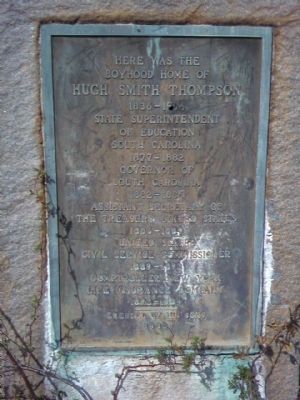 Topics. This historical marker is listed in these topic lists: Education • Industry & Commerce. A significant historical year for this entry is 1836.

Other nearby markers. At least 10 other markers are within 2 miles of this location, measured as the crow flies 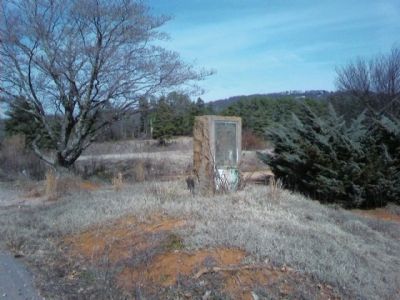 2. Hugh Smith Thompson - Find-a-Grave Memorial. A graduate of The Citadel, in 1861 he led a battalion of Citadel cadets who fired the first shots of the American Civil War when they opened fire on the Union ship 'Star of the West' when it entered Charleston Harbor. (Submitted on November 26, 2011, by Brian Scott of Anderson, South Carolina.)

3. New South Statesman: High Smith Thompson. Excerpt from Greenville: The History of the City and County 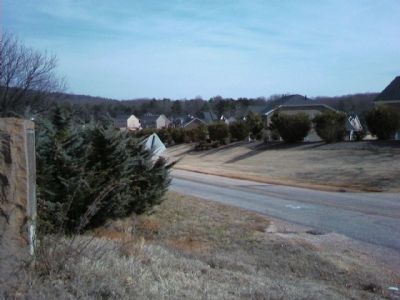 Additional commentary.
1. Governor Hugh S. Thompson
Governor Hugh S. Thompson, the fifty-second governor of South Carolina, was born at Charleston in 1836, son of Henry Tazewell and Agnes (Smith) Thompson. He graduated from The Citadel, the military college of South Carolina at Charleston, in 1856. In 1858 he was made lieutenant professor of French in the Arsenal Military Academy at Columbia, and later was captain and professor of Belles Lettres in The Citadel at Charleston. During the war he served bravely as captain of the Battalion of State Cadets in Charleston and other parts of the state. His command made a glorious record in the war. It fired the first gun, January 9, 1861, upon the Federal warship Star of the West in Charleston Harbor, and subsequently participated in the defense of Charleston, Fort Sumter and the South Carolina coast. This organization was not disbanded until after the surrender of Johnston's army.

After the war he took charge of the Columbia Male Academy, but in 1876 was called to larger and more important duties when he was elected state superintendent of education. He was re-elected 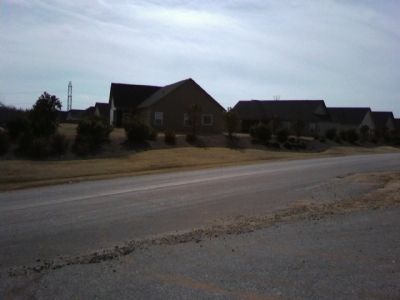 Photographed By M. L., September 9, 2009
4. View from marker looking South
in 1878 and 1880. He had in the meantime taken an active part in the redemption of South Carolina from carpet bag rule. The educational system of South Carolina owes a distinctive debt to Hugh Smith Thompson. While the carpet bag regime brought ruin to every department of state life, the effect was particularly disastrous upon schools, and it is almost literally true that the state had no system of education when Mr. Thompson entered upon his duties as state superintendent. His name is intimately associated with reforms which cleared the educational system from debt and restored it to life and vitality. Against strong opposition he established the plan of supporting the schools by local taxes. He instituted summer normal schools for the training of teachers, and generally popularized education when the attitude of most people was one of apathy.

In 1882 Hugh Smith Thompson was elected governor of South Carolina and re-elected in 1884. Before the close of his second term, in July, 1886, he resigned to become assistant Secretary of the United States Treasury under President Cleveland. In the absence of his chief he acted as Secretary of the Treasury. As chief magistrate of South Carolina, Governor Thompson discharged his duties with thorough ability and was elected for a second term without opposition. As acting head of the treasury he handled various responsibilities masterfully. 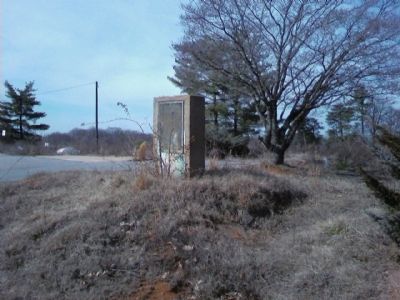 Photographed By M. L., September 9, 2009
5. View of marker looking West
This was particularly true when in the financial panic of 1887 the power of the Government was invoked to prevent a money depreciation from running into

disaster. In that Federal post he added greatly to the fame associated with his name in his home state.

In February, 1889, he was made democratic member of the Civil Service Commission by President Cleveland. His appointment was not confirmed by the Senate during the closing days of Cleveland's term, but he was reappointed by President Harrison in May, 1889. His colleague on the commission was Theodore Roosevelt. He continued a member of the commission until May, 1892. At that date he resigned to become comptroller of the New York Life Insurance Company of New York City, and served there with credit for several years. When President Cleveland was making up his cabinet for his second administration, he offered Governor Thompson the choice of the Secretaryship of the Interior or the Postmaster Generalship, showing the esteem and confidence which President Cleveland reposed in him. Governor Thompson died November 15, 1904. In every position, state, national and in private life, Governor Thompson showed the highest qualities. He was conscientious, energetic and capable, a man of marked tact and courtesy, and possessed the rare quality of administrative statesmanship.

In 1856 he married Elizabeth Anderson 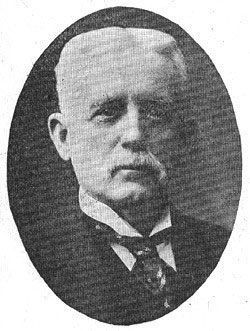 Photographed By Brian Scott, circa 1886
6. Hugh Smith Thompson
January 24, 1836 – November 20, 1904
Clarkson, daughter of Thomas B. Clarkson of Columbia. Their son, Waddy Thompson, was born in Columbia August 13, 1867. He acquired a liberal education in the University of South Carolina, graduating A. B. in 1887, and for the following eight years engaged in newspaper work, and since then has been in the life insurance and publishing business.