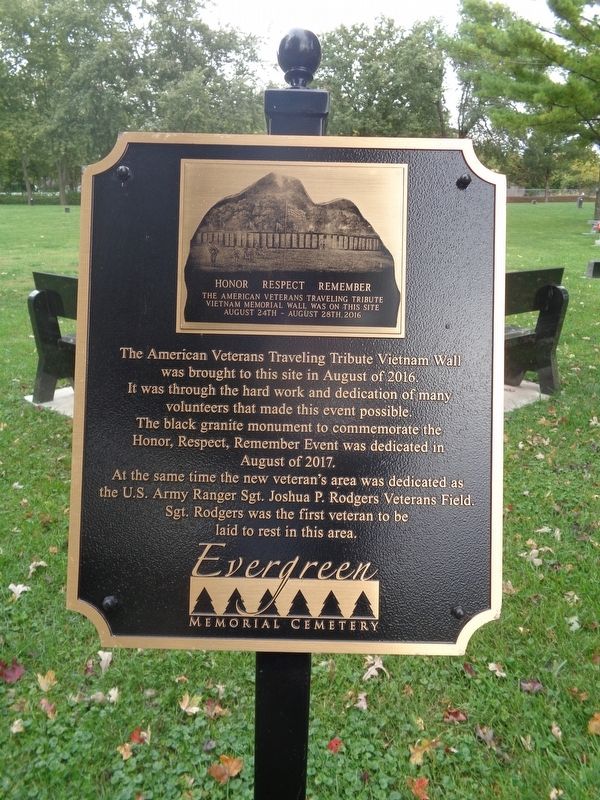 The American Veterans Traveling Tribute Vietnam Wall was brought to this site in August of 2016. It was through the hard work and dedication of many volunteers that made this event possible. The black granite monument to commemorate the Honor, Respect, Remember Event was dedicated in August of 2017.

At the same time the new veteran's area was dedicated as the U.S. Army Ranger Sgt. Joshua P. Rodgers Veterans Field. Sgt. Rodgers was the first veteran to be laid to rest in this area.

Location. 40° 28.03′ N, 88° 59.206′ W. Marker is in Bloomington, Illinois, in McLean County. Memorial can be reached from East Miller Street. Marker is on the grounds of Evergreen Memorial Cemetery. Touch for map. Marker is at or near this postal address: 302 E Miller St, Bloomington IL 61701, United States of America. Touch for directions.

Other nearby markers. At least 8 other markers are within walking distance of this marker. John M. Scott / Charlotte Ann Perry Scott (about 500 feet away, measured in a direct line); Charles "Old Hoss" Radbourne 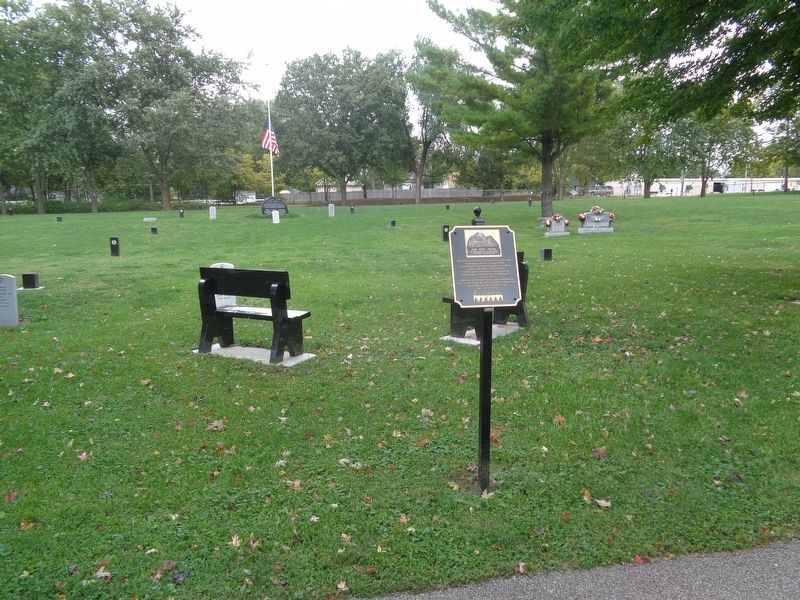 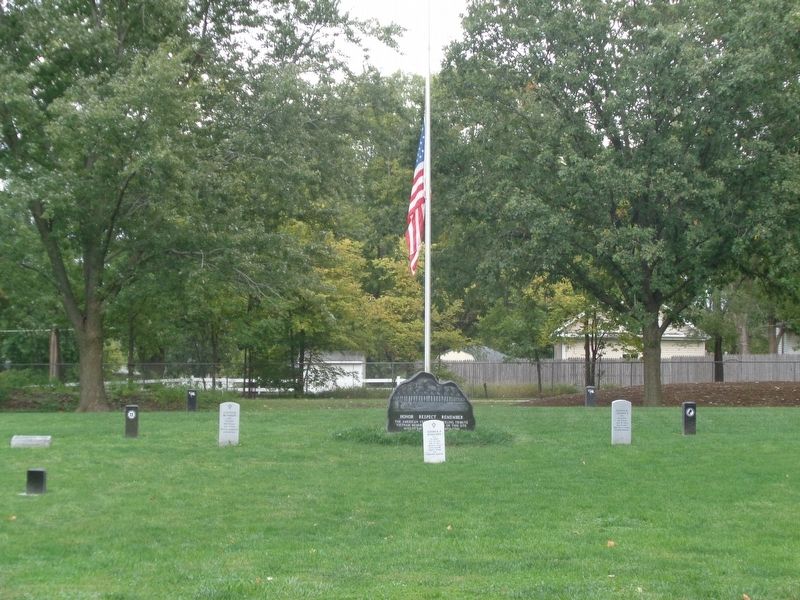