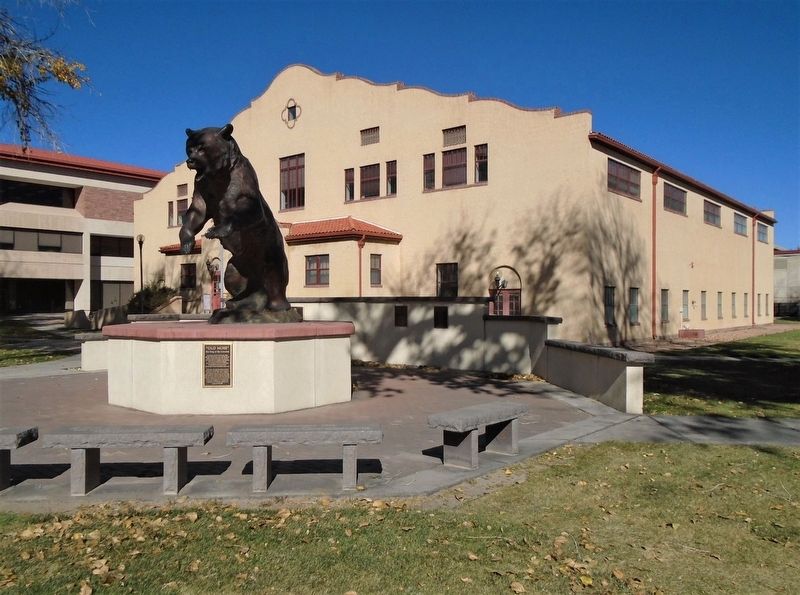 Location. 37° 28.384′ N, 105° 52.828′ W. Marker is in Alamosa, Colorado, in Alamosa County. Marker is at the intersection of 1st Street and Edgemont Boulevard, on the left when traveling east on 1st Street. Memorial bench is in the Grizzly Courtyard, on the Adams State University campus, just south of the Rex Activity Center. Touch for map. Marker is in this post office area: Alamosa CO 81101, United States of America. Touch for directions.