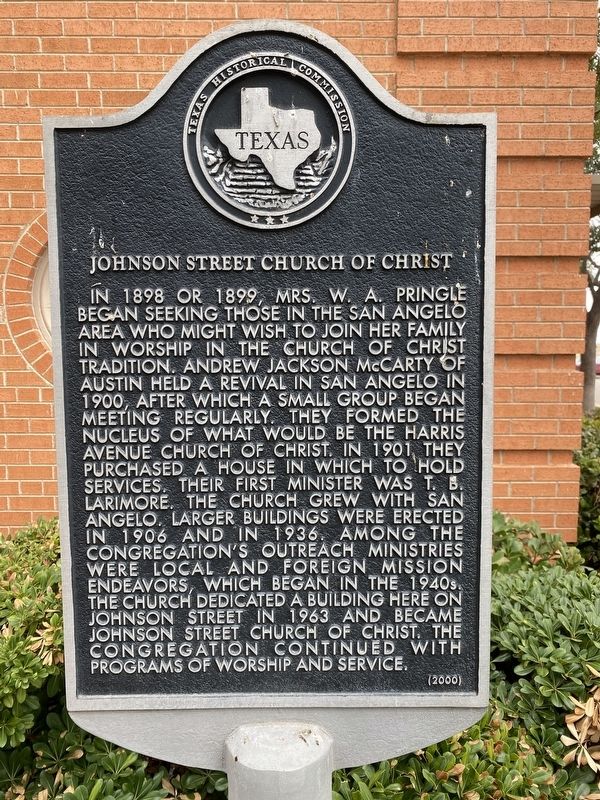 In 1898 or 1899, Mrs. W. A. Pringle began seeking those in the San Angelo area who might wish to join her family in worship in the Church of Christ tradition. Andrew Jackson McCarty of Austin held a revival in San Angelo in 1900, after which a small group began meeting regularly. They formed the nucleus of what would be the Harris Avenue Church of Christ. In 1901 they purchased a house in which to hold services. Their first minister was T. B. Larimore. The church grew with San Angelo. Larger buildings were erected in 1906 and in 1936. Among the congregation's outreach ministries were local and foreign mission endeavors, which began in the 1940s. The church dedicated a building here on Johnson Street in 1963 and became Johnson Street Church of Christ. The congregation continued with programs of worship and service. 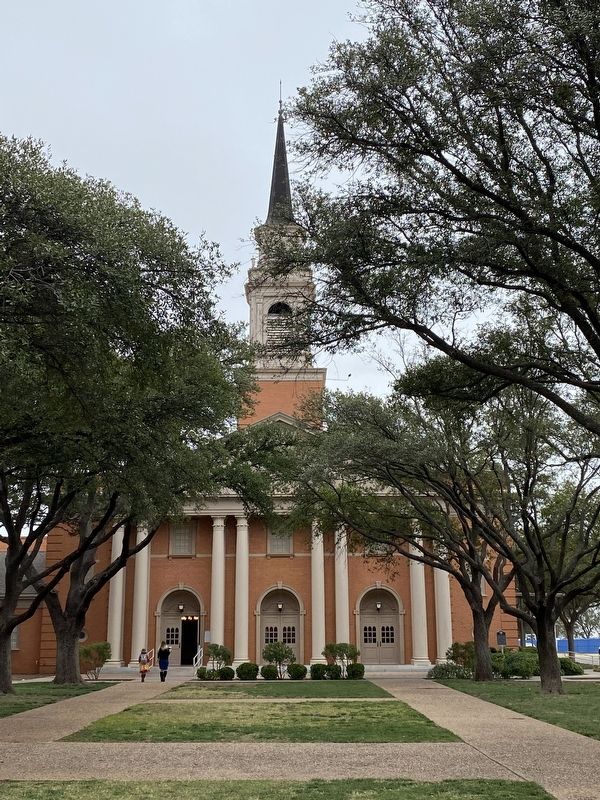