Lake George in the American Revolution 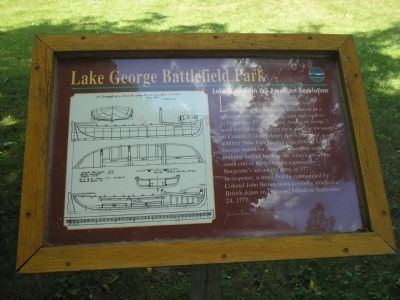 Lake George played an important role throughout the American Revolution as a transportation route, staging area and outpost. In December 1775, as some American troops were ferried north during their abortive invasion of Canada, Colonel Henry Knox’s train of artillery from Fort Ticonderoga crossed Lake George bound for Boston. A hospital and shipbuilding facility built by the Americans at the south end of the lake were captured by Burgoyne’s advancing army in 1777. In response, a small flotilla commanded by Colonel John Brown unsuccessfully attacked a British depot on Diamond Island on September 24, 1777.

Topics. This historical marker is listed in these topic lists: War, US Revolutionary • Waterways & Vessels. A significant historical month for this entry is September 1607. 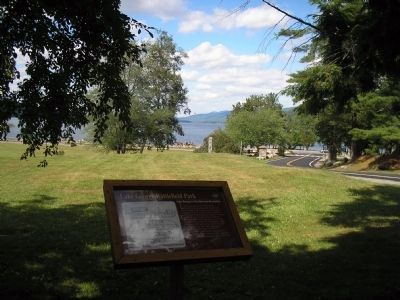 Photographed By Bill Coughlin, July 10, 2008
2. Marker in Lake George Battlefield Park
Lake George can be seen in the background of this photo.

More about this marker. The left of the marker contains a drawing of “A draught of a boat to carry one carriage gun forward. Navy Office, 1 March 1776.” It has a caption of “British Gunboat Plans, 1776,” courtesy of the Smithsonian Institution.

Related markers. Click here for a list of markers that are related to this marker. Series of marker located in Lake George Battlefield Park. 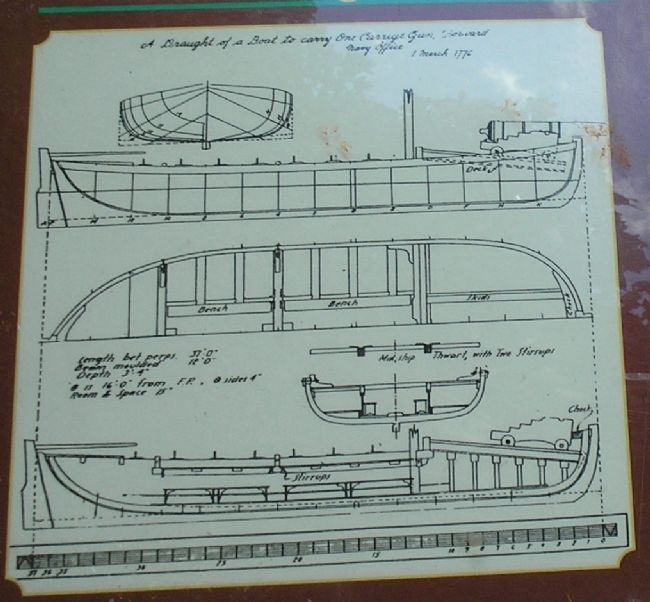