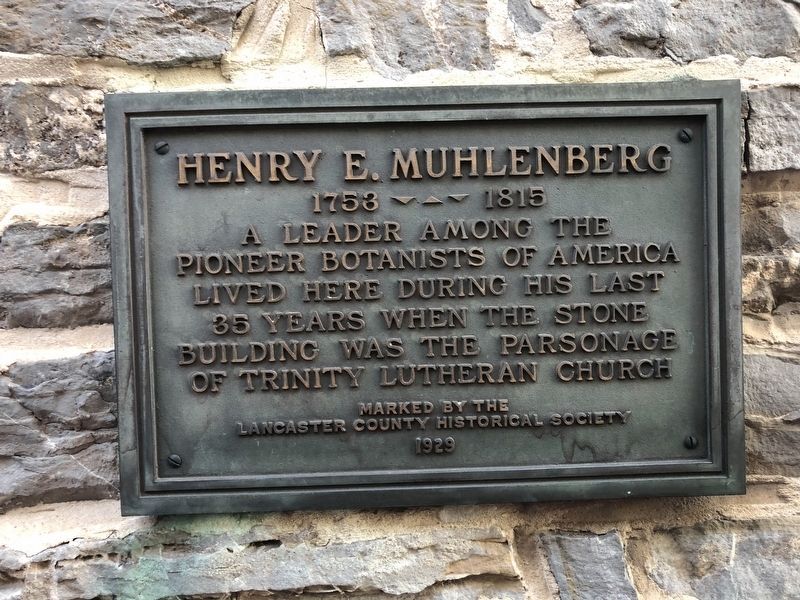 A leader among the pioneer botanists of America. Lived here during his last 35 years when the stone building was the parsonage of Trinity Lutheran Church.

Location. 40° 2.345′ N, 76° 18.22′ W. Marker is in Lancaster, Pennsylvania, in Lancaster County. Marker is on North Duke Street just north of East Grant Street, on the left when traveling south. Touch for map. Marker is at or near this postal address: 39 N Duke St, Lancaster PA 17602, United States of America. Touch for directions. 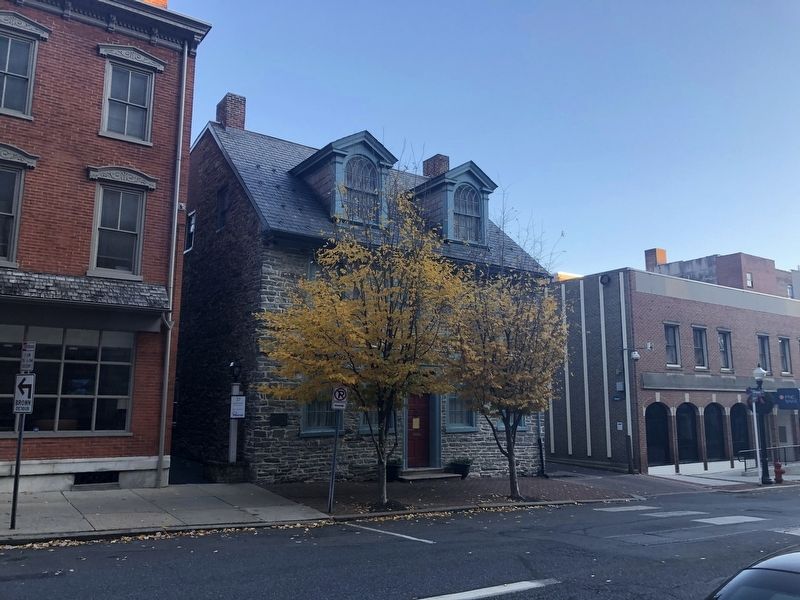