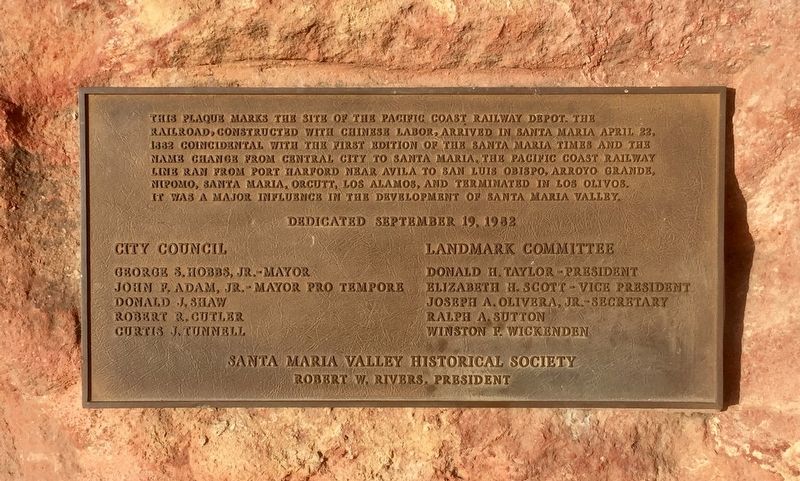 [Council and Committee names not transcribed.] . This historical marker was erected in 1982 by Santa Maria Valley Historical Society. It is in Santa Maria in Santa Barbara County California

[Council and Committee names not transcribed.]

Other nearby markers. At least 8 other markers are within walking distance of this marker. IOOF Temple (approx. 0.4 miles away); Veterans' Memorial Cultural Center and Park 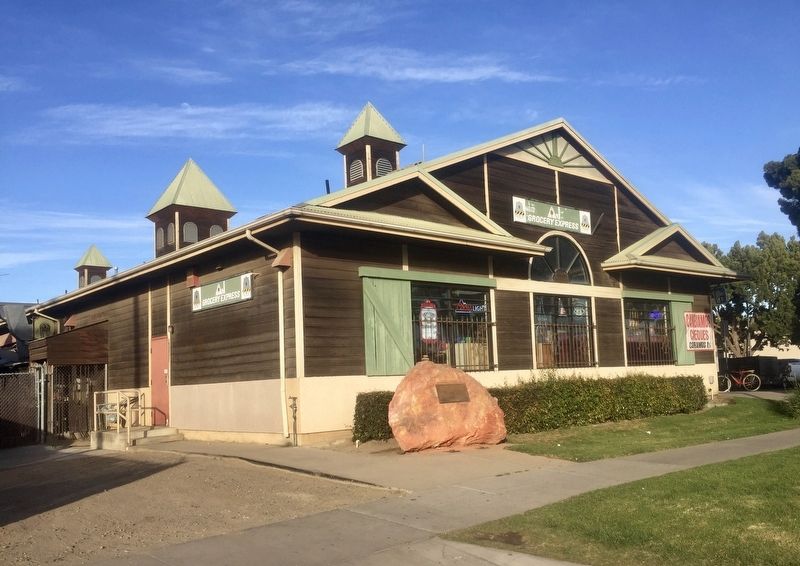