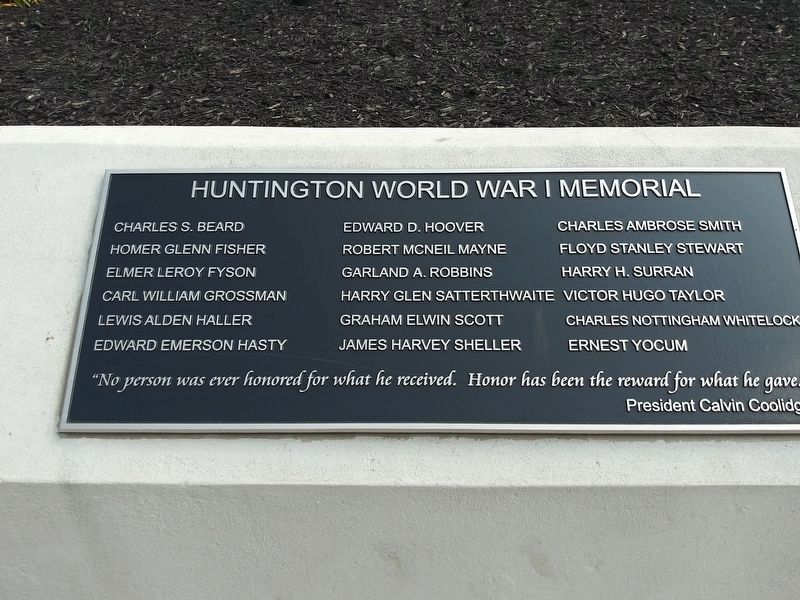 "No person was ever honored for what he received. honor has been the reward for what he gave."
President Calvin Coolidge

Topics and series. This memorial is listed in this topic list: War, World I. In addition, it is included in the Former U.S. Presidents: #30 Calvin Coolidge series list.

By TeamOHE, July 18, 2020
2. Donor plaque for the Huntington World War I Memorial

Click or scan to see
this page online
. Marker is at or near this postal address: 1125 W Park Dr, Huntington IN 46750, United States of America. Touch for directions. 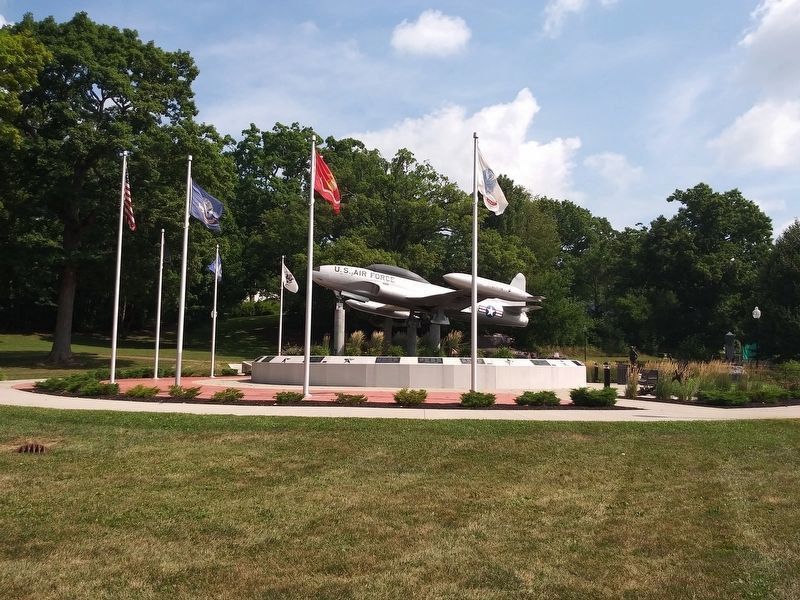