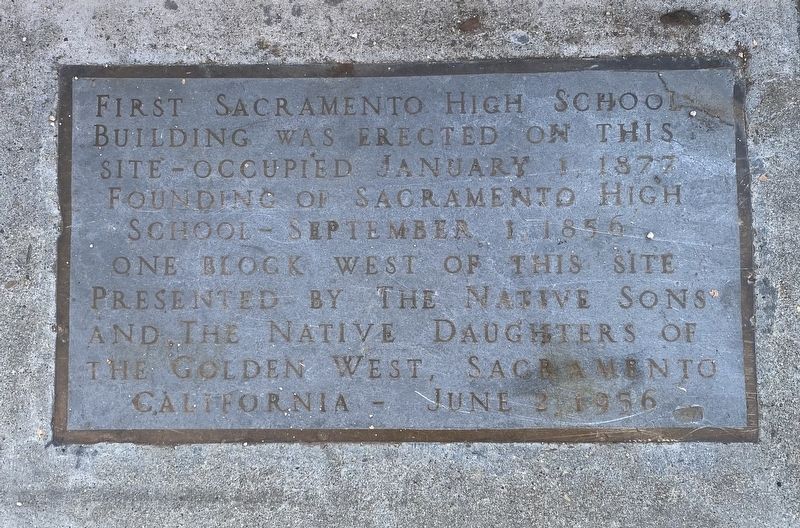 
Erected 1956 by Native Sons and Daughters of the Golden West.

Topics and series. This historical marker is listed in this topic list: Education. In addition, it is included in the Native Sons/Daughters of the Golden West series list.

More about this marker. The marker is embedded in the sidewalk and is easy to miss. 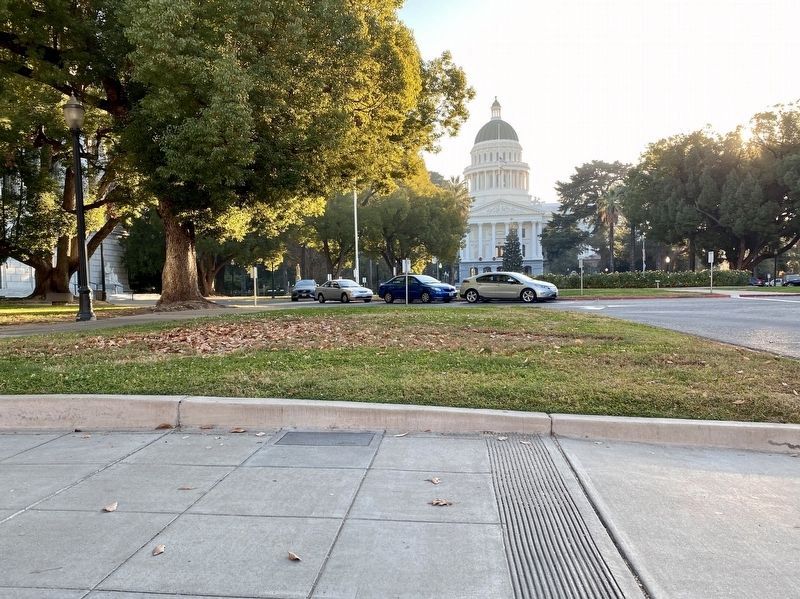 By Andrew Ruppenstein, December 4, 2020
2. First Sacramento High School Marker - wide view
The marker is visible here in the foreground, embedded in the sidewalk, with the State Capitol in the background. 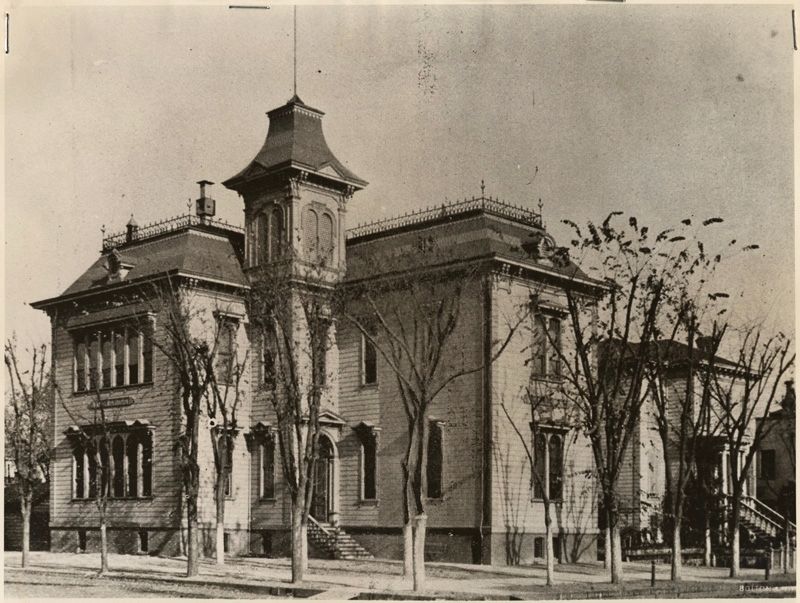