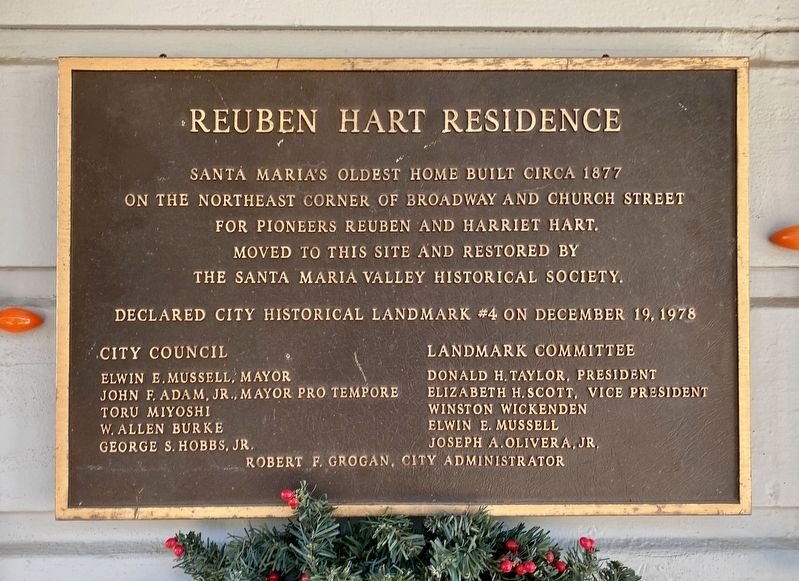 (Council and Committee names not transcribed.) . . This historical marker was erected by City of Santa Maria. It is in Santa Maria in Santa Barbara County California

Santa Maria's oldest home built circa 1877 on the northeast corner of Broadway and Church Street for pioneers Reuben and Harriet Hart. Moved to this site and restored by the Santa Maria Valley Historical Society.

(Council and Committee names not transcribed.) 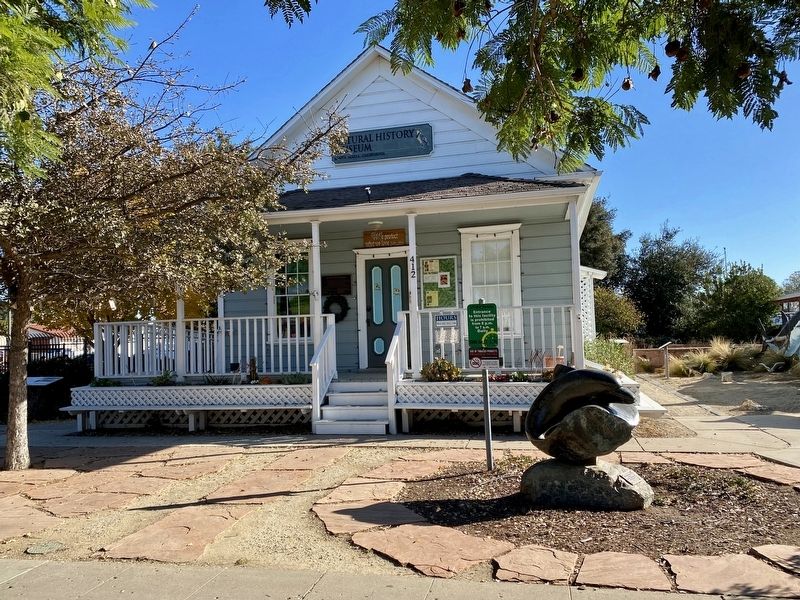