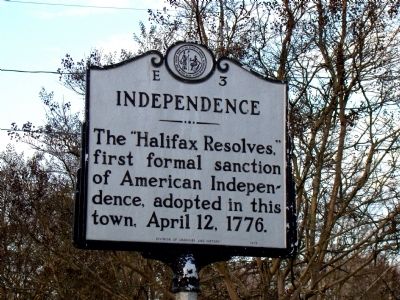 Photographed By J. J. Prats, February 14, 2009
1. Independence Marker
Inscription.
Independence. . The “Halifax Resolves,” first formal sanction of American Independence, adopted in this town, April 12, 1776. . This historical marker was erected in 1939 by Division of Archives and History. It is in Halifax in Halifax County North Carolina

Erected 1939 by Division of Archives and History. (Marker Number E-3.)

Topics and series. This historical marker is listed in this topic list: War, US Revolutionary. In addition, it is included in the North Carolina Division of Archives and History series list. A significant historical month for this entry is April 1781. 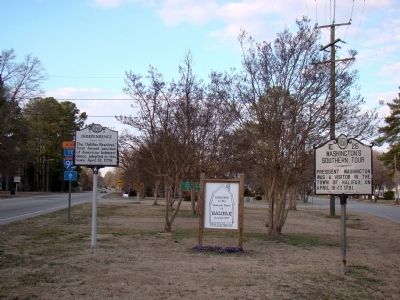 Photographed By J. J. Prats, February 14, 2009
2. Two Markers at Southern Entrance to Halifax
Third marker, "Cornwallis," can be seen at the far left on the 301 bypass. U.S. 301 Business heads to town on the right.

Additional commentary.
1. The Halifax Resolves
“The Select Committee taking into Consideration the usurpations and violences attempted and committed by the King and Parliament of Britain against America, and the further Measures to be taken for frustrating the same, and for the better defence of this province reported as follows, to wit,

“It appears to your Committee that pursuant to the Plan concerted by the British Ministry for subjugating America, the King and Parliament of Great Britain have usurped a Power over the Persons and Properties of the People unlimited and uncontrouled and disregarding their humble Petitions for Peace, Liberty and safety, have made divers Legislative Acts, denouncing War Famine and every Species of Calamity daily employed in destroying the People and committing the most horrid devastations on the Country. That Governors in different Colonies have declared Protection to Slaves who should imbrue their Hands in the Blood of their Masters. That the Ships belonging 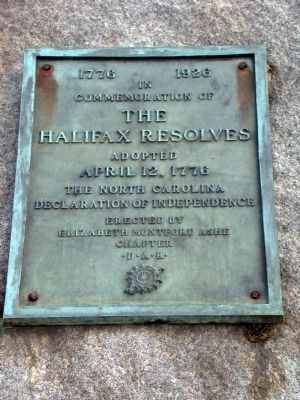 Photographed By J. J. Prats, February 14, 2009
3. The Halifax Resolves Sesquicentennial
This tablet was placed by the Daughters of the American Revolution in 1926 on the 150 anniversary of The Halifax Resolves. It reads, "In commemoration of The Halifax Resolves adopted April 12, 1776. The North Carolina Declaration of Independence. Erected by the Elizabeth Montford Ashe Chapter, D.A.R."
to America are declared prizes of War and many of them have been violently seized and
confiscated in consequence of which multitudes of the people have been destroyed or from easy Circumstances reduced to the most Lamentable distress.

“And whereas the moderation hitherto manifested by the United Colonies and their sincere desire to be reconciled to the mother Country on Constitutional Principles, have procured no mitigation of the aforesaid Wrongs and usurpations and no hopes remain of obtaining redress by those Means alone which have been hitherto tried, Your Committee are of Opinion that the house should enter into the following Resolve, to wit

“Resolved that the delegates for this Colony in the Continental Congress be impowered to concur with the other delegates of the other Colonies in declaring Independency, and forming foreign Alliances, resolving to this Colony the Sole, and Exclusive right of forming a Constitution and Laws for this Colony, and of appointing delegates from time to time (under the direction of a general Representation thereof) to meet the delegates of the other Colonies for such purposes as shall be hereafter pointed out.”
— Submitted February 16, 2009. 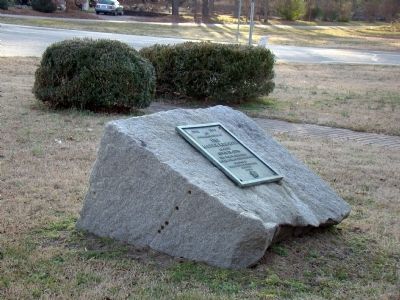