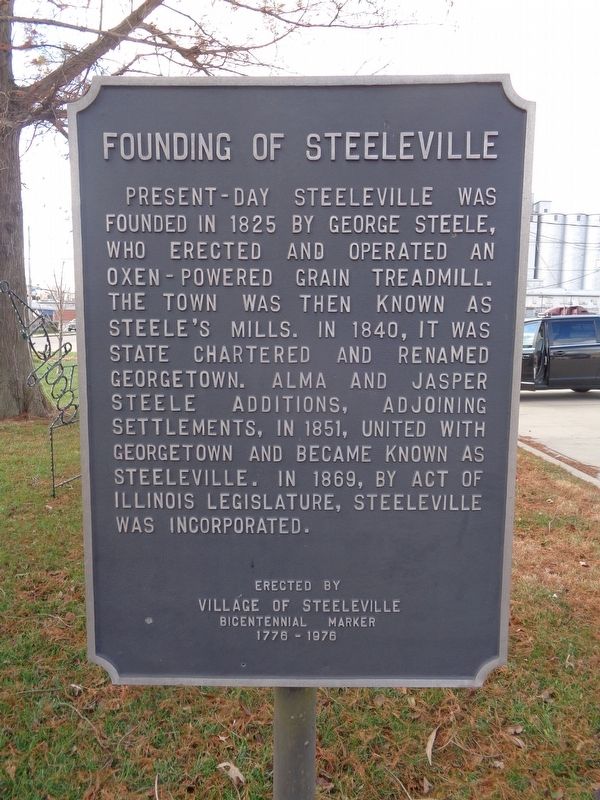 Present-day Steeleville was founded in 1825 by George Steele, who erected and operated an oxen-powered grain treadmill. The town was then known as Steele's Mills. In 1840, it was state chartered and renamed Georgetown. Alma and Jasper Steele additions, adjoining settlements, in 1851, united with Georgetown and became known as Steeleville. In 1869, by act of Illinois legislature, Steeleville was incorporated.

Erected 1976 by Village of Steeleville.

Other nearby markers. At least 8 other markers are within 11 miles of this marker, measured as the crow flies. George Rogers Clark Campsite (approx. 7.1 miles away); Chester-Kaskaskia, Illinois (approx. 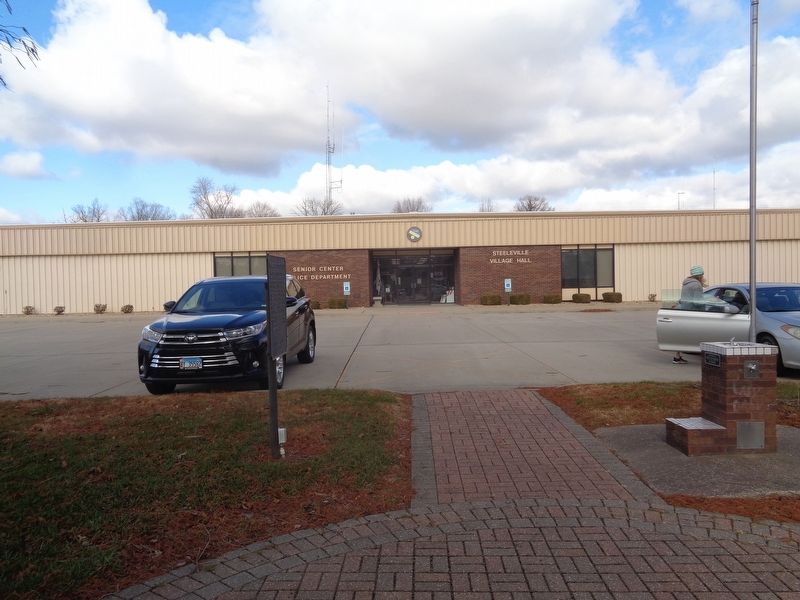