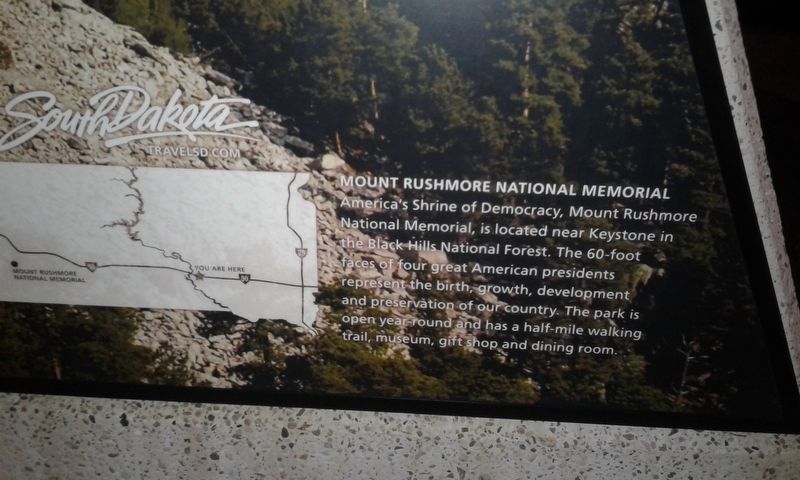 America's Shrine of Democracy, Mount Rushmore National Memorial, is located near Keystone in the Black Hills National Forest. The 60-foot faces of four great American presidents represent the birth, growth, development and preservation of our country. The park is open year-round and has a half-mile walking trail, museum, gift shop and dining room. 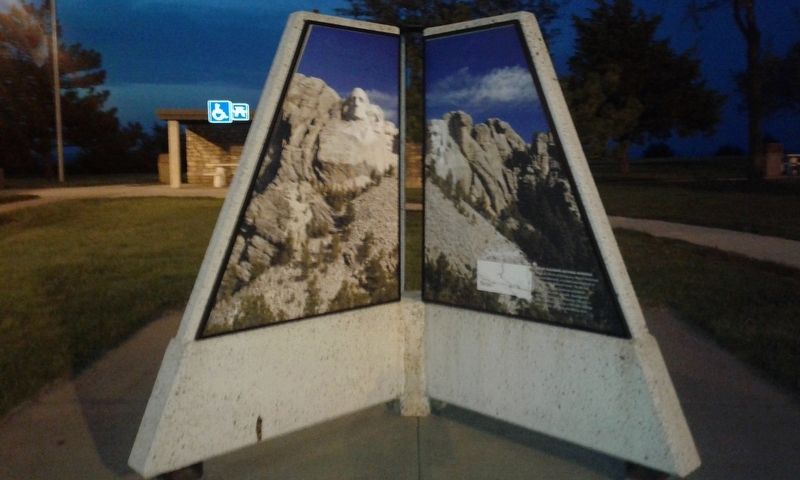 By TeamOHE, September 1, 2018
2. Mount Rushmore National Memorial
marker); Dignity (about 400 feet away, measured in a direct line); Lewis and Clark Bicentennial 1804-2004 (about 400 feet away); Missouri River Bridges of South Dakota (about 400 feet away). Touch for a list and map of all markers in Chamberlain.
Credits. This page was last revised on December 12, 2020. It was originally submitted on December 6, 2020, by TeamOHE of Wauseon, Ohio. This page has been viewed 23 times since then and 9 times this year. Photos:   1, 2. submitted on December 6, 2020, by TeamOHE of Wauseon, Ohio. • Bill Pfingsten was the editor who published this page.
Share This Page.