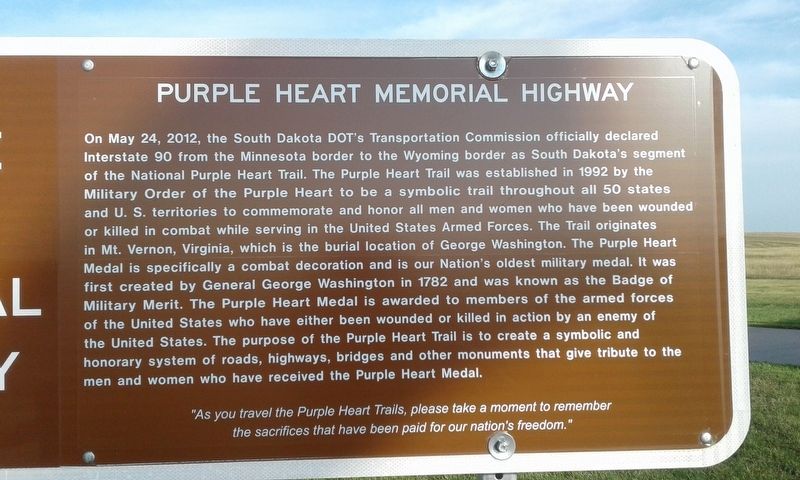 "As you travel the Purple Heart Trails, please take a moment to remember the sacrifices that have been paid for our nation's freedom." . This historical marker is Near Vivian in Lyman County South Dakota

On May 24, 2012, the South Dakota DOT's Transportation Commission officially declared Interstate 90 from the Minnesota border to the Wyoming border as South Dakota's segment of the National Purple Heart Trail. The Purple Heart Trail was established in 1992 by the Military Order of the Purple Heart to be a symbolic trail throughout all 50 states and U. S. territories to commemorate and honor all men and women who have been wounded or killed in combat while serving in the United States Armed Forces. The Trail originates in Mt. Vernon, Virginia, which is the burial location of George Washington. The Purple Heart Medal is specifically a combat decoration and is our Nation's oldest military medal. It was first created by General George Washington in 1782 and was known as the Badge of Military Merit. The Purple Heart Medal is awarded to members of the armed forces of the United States who have either been wounded or killed in action by an enemy of the United States. The purpose of the Purple Heart Trail is to create a symbolic and honorary system of roads, highways, bridges and other monuments that give tribute to the men and women who 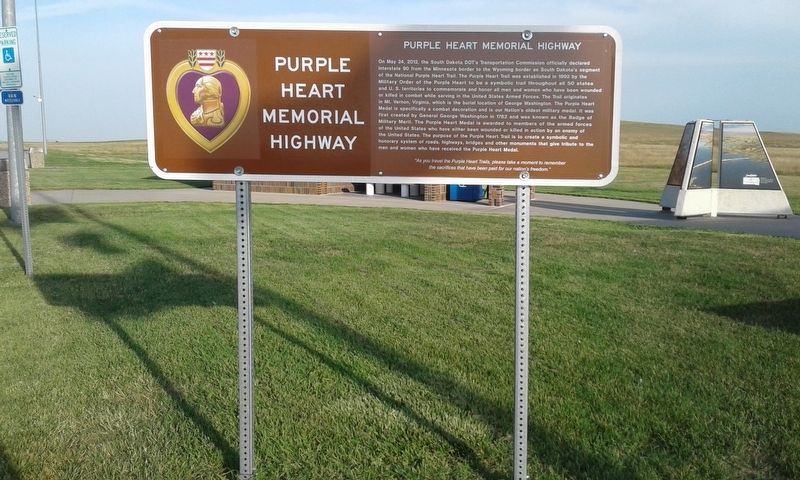 "As you travel the Purple Heart Trails, please take a moment to remember the sacrifices that have been paid for our nation's freedom."

Topics and series. This historical marker is listed in these topic lists: Military • Roads & Vehicles. In addition, it is included in the Military Order of the Purple Heart series list. 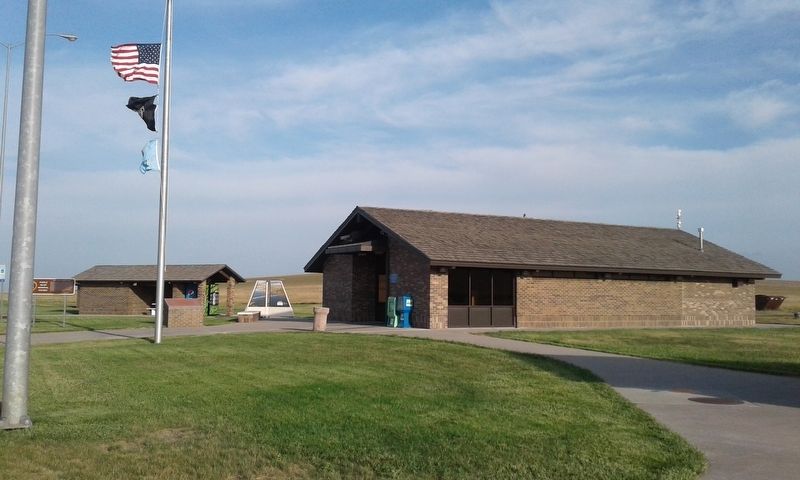