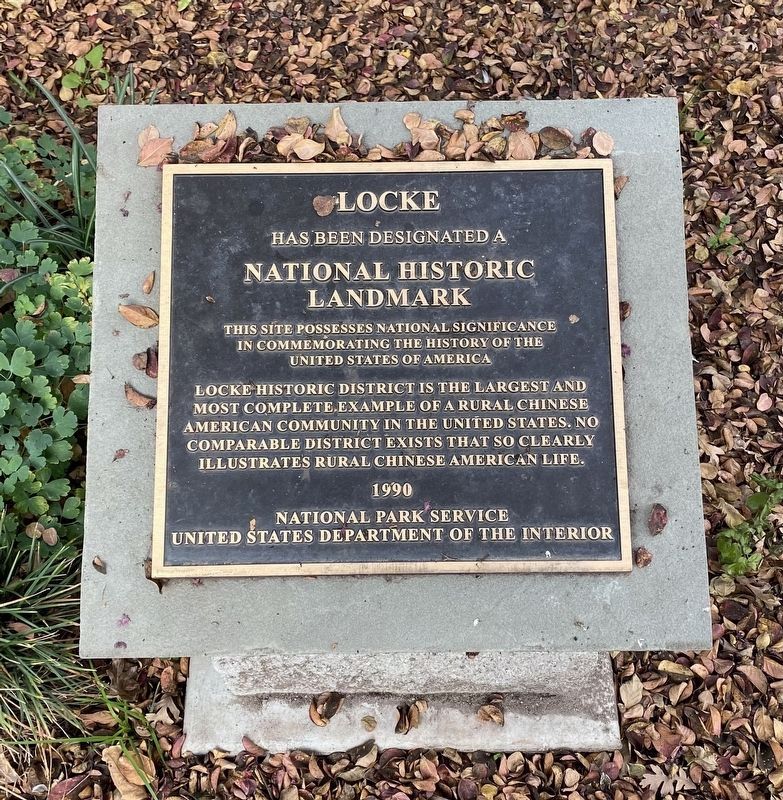 (Chinese not transcribed) . . This historical marker was erected by National Park Service Unites States Department of the Interior. It is in Locke in Sacramento County California

Locke has been designated a National Historic Landmark

Topics and series. This historical marker is listed in these topic lists: Asian Americans • Settlements & Settlers. In addition, it is included in the National Historic Landmarks series list.

Location. 38° 15.048′ N, 121° 30.592′ W. Marker is in Locke, California, in Sacramento County. Marker can be reached from Main Street south of Locke Road, on the right when traveling south. Touch for map. Marker is in this post office area: Walnut Grove CA 95690, United States of America. Touch for directions.

Other nearby markers. At least 8 other markers are within walking distance of this marker. Locke Memorial Park (here, next to this marker); Welcome to Locke 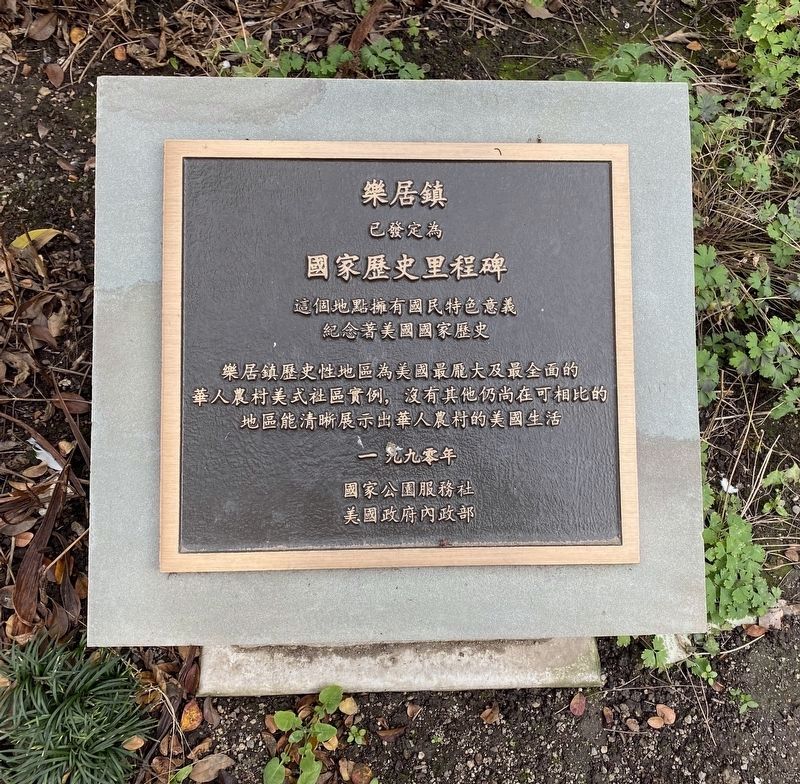 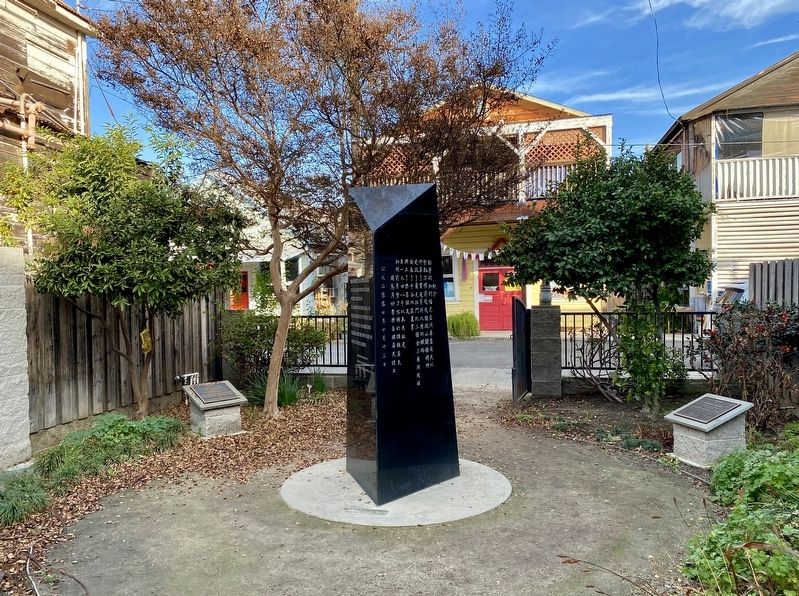 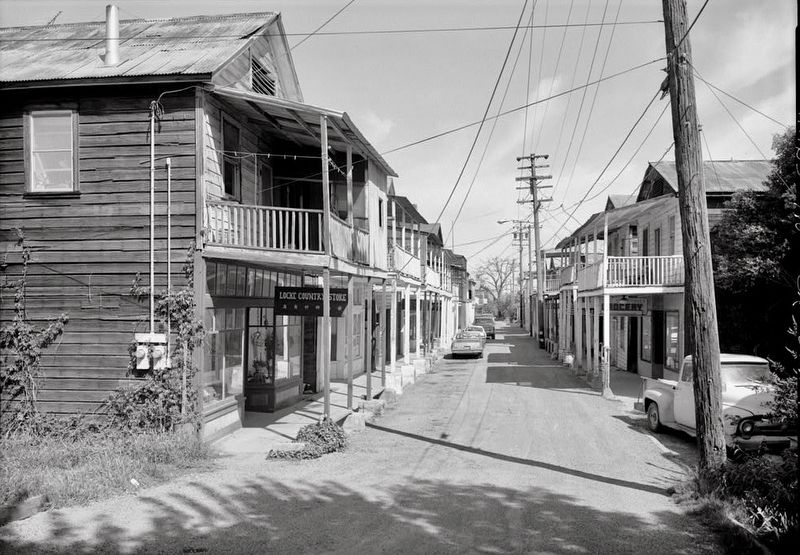 Jet Lowe (courtesy of the Historic American Buildings Survey, Library of Congress), 1984
4. Looking North Along Main Street From Levee Road...
"Significance: It is a town of frame structures built by Chinese immigrants carpenters and Caucasian carpenters between 1912 and 1922. The Chinese came to America in the 1850s during the Gold Rush and in the 1860s and 1870s labored on the railroads. They were then diverted to farm labor, and contributed to the development of California agriculture. The Sacramento-San Joaquin delta consisted of large ranches which grew wheat, and when mechanized, allowed the farms to specialize in vegetable and fruit crops..." - HABS
Credits. This page was last revised on December 7, 2020. It was originally submitted on December 7, 2020, by Andrew Ruppenstein of Sacramento, California. This page has been viewed 40 times since then and 7 times this year. Photos:   1, 2, 3, 4. submitted on December 7, 2020, by Andrew Ruppenstein of Sacramento, California.
Share This Page.