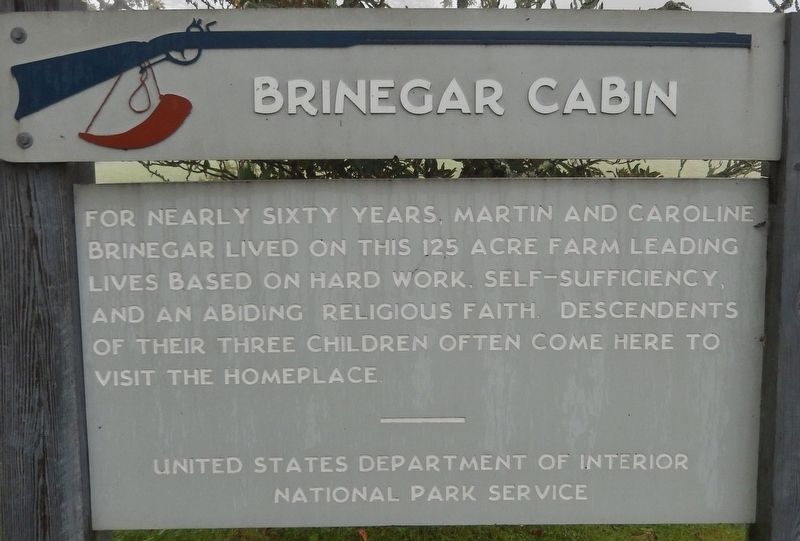 Location. 36° 25.144′ N, 81° 8.755′ W. Marker is near Traphill, North Carolina, in Wilkes County. Marker is on Blue Ridge Parkway (at milepost 239), on the left when traveling south. Marker is located at the Brinegar Cabin pull-out. Touch for map. Marker is in this post office area: Traphill NC 28685, United States of America. Touch for directions. 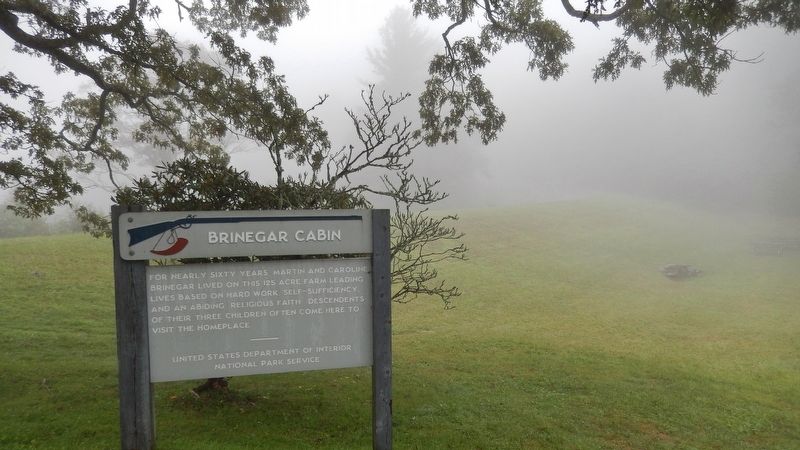 By Cosmos Mariner, September 9, 2018
2. Brinegar Cabin Marker (wide view; Blue Ridge Parkway in background)
(within shouting distance of this marker); Making Shoes (about 300 feet away, measured in a direct line); Mountain Spring (about 300 feet away); Tillers of the Land - Then and Now (approx. 1½ miles away); Robert Lee Doughton (approx. 1.8 miles away). Touch for a list and map of all markers in Traphill.

More about this marker. This marker is included in the Blue Ridge Parkway marker series. 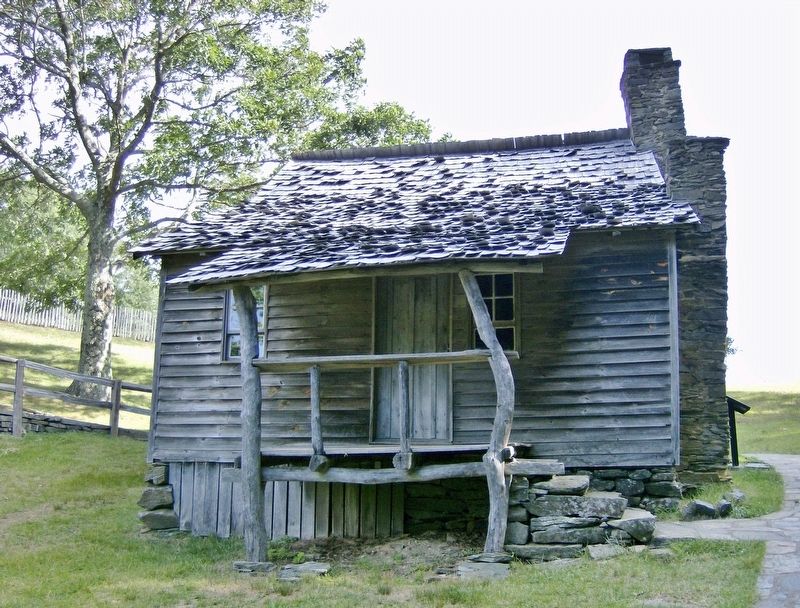 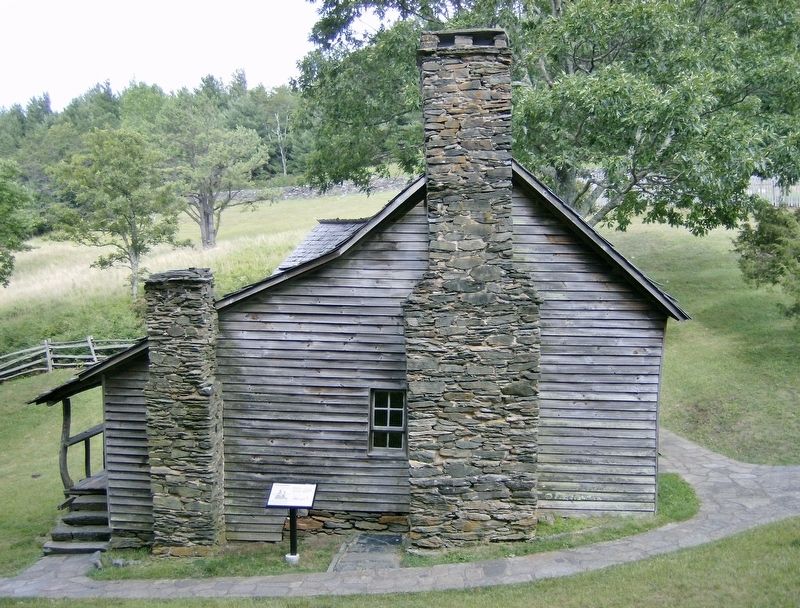 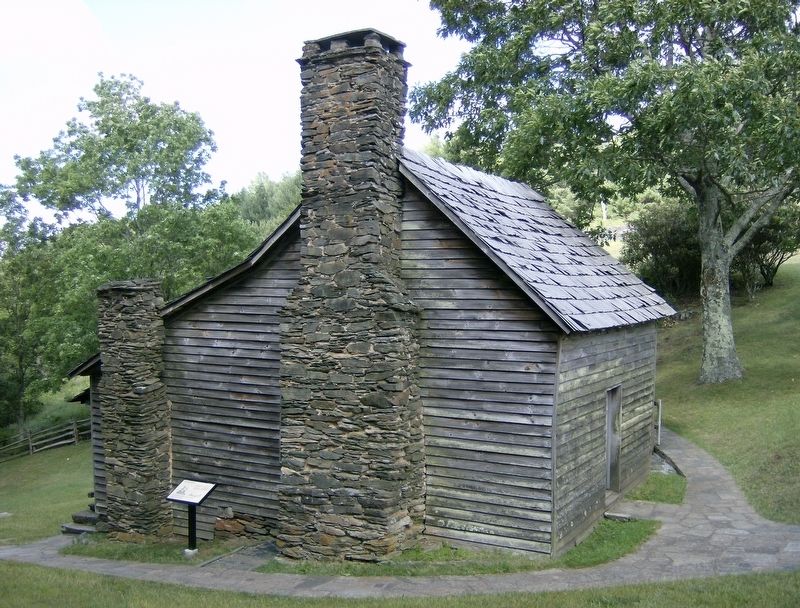 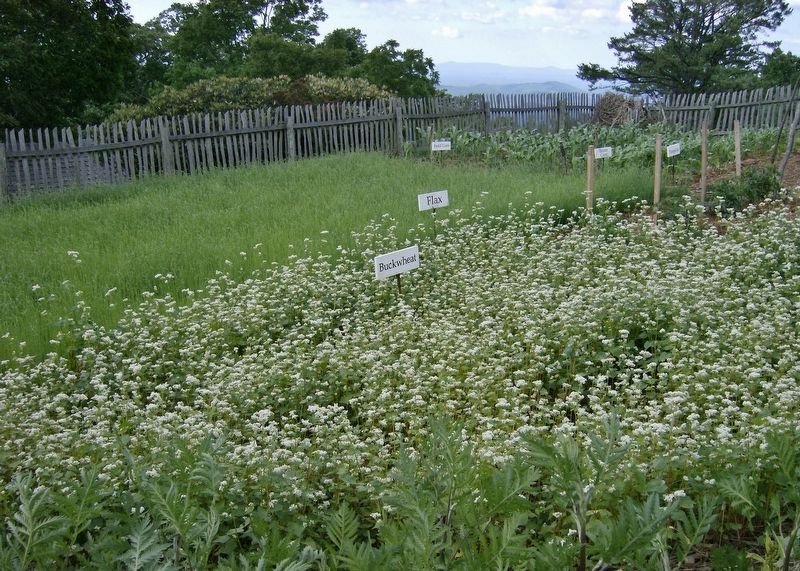