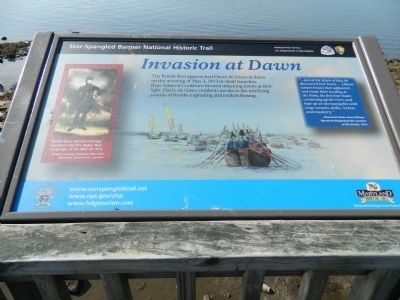 "...just at the dawn of day, he discovered four boats...(About sixteen boats) then appeared...and made their landing at the Point, the first four boats continuing up the river, and kept up an increasing fire with large cannon, shells, rockets, and musketry."
-Reverend James Jones Wilmer,
Narrative Respecting the Conduct of the British, 1813

Topics and series. This historical marker is listed in this topic list: War of 1812. In addition, it is included in the Star Spangled Banner National Historic Trail series list. 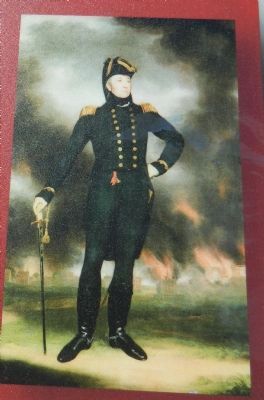 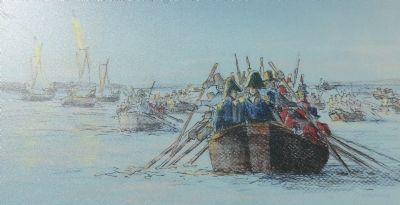