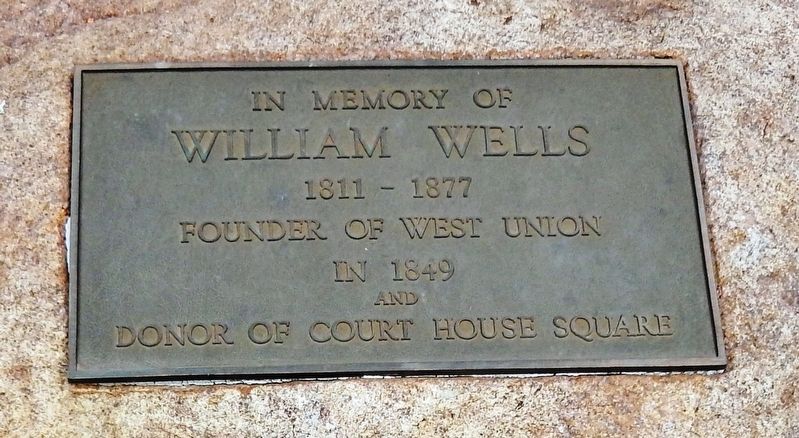 Location. 42° 57.71′ N, 91° 48.448′ W. Marker is in West Union, Iowa, in Fayette County. Marker can be reached from North Vine Street north of East Elm Street, on the right when traveling north. Marker is mounted on a large, flat boulder at the southwest corner of the Fayette County Courthouse. Touch for map. Marker is at or near this postal address: 114 North Vine Street, West Union IA 52175, United States of America. Touch for directions.

Other nearby markers. At least 3 other markers are within 15 miles of this marker, measured as the crow flies. Fayette County Historical Center (about 400 feet away, measured in a direct line); Abraham Lincoln Statue and Park (approx. 8.3 miles away); Fort Atkinson (approx. 14.4 miles away). 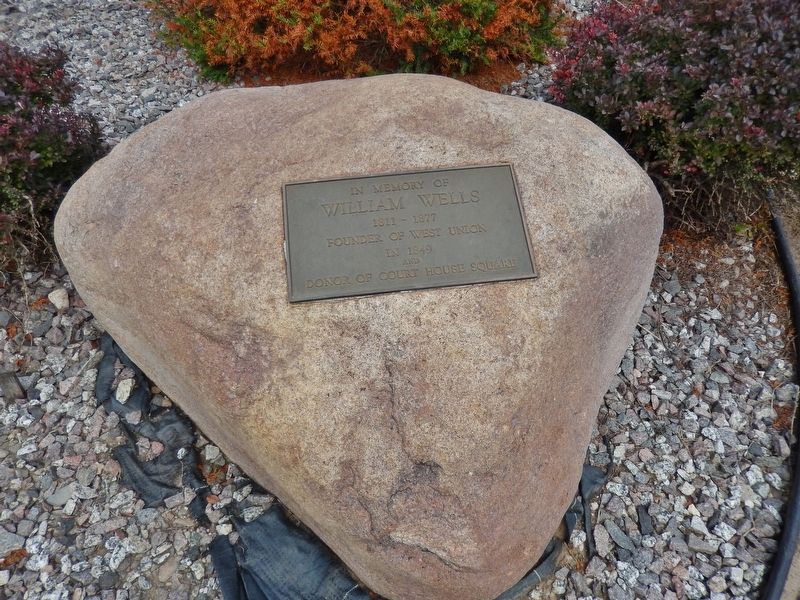 By Cosmos Mariner, August 23, 2016
2. William Wells Marker
and J.W. Rogers arrived in July of 1849 and became partners with William Wells in the purchase of 60 acres of land which eventually became the plat of West Union. The town was laid out as four blocks north and south, by three blocks east and west. The center of the original area was reserved by William Wells as a public square and donated to the county on the condition that West Union be the county seat. William Wells also selected the name of West Union, named after a town in his home state of Ohio. (Submitted on December 9, 2020, by Cosmos Mariner of Cape Canaveral, Florida.)

2. History of Fayette County, Iowa. The township was a portion of the Winnebago Reserve until 1848. Small hunting parties of Indians encamped there several times after the township was settled by the whites, and as late as the Winter of 1857-8, and their lodge poles could be seen there for many years afterward. The town of West Union was laid out in the Fall of 1849. The site of the town was known as "Knob Prairie," and was named "West Union," by William Wells, at the pioneer 4th of July celebration, 1849. (Submitted on December 9, 2020, by Cosmos Mariner of Cape Canaveral, Florida.) 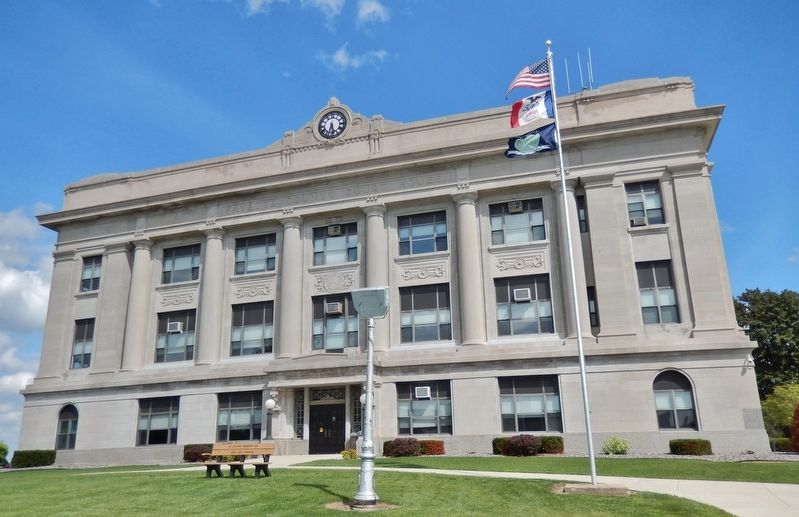 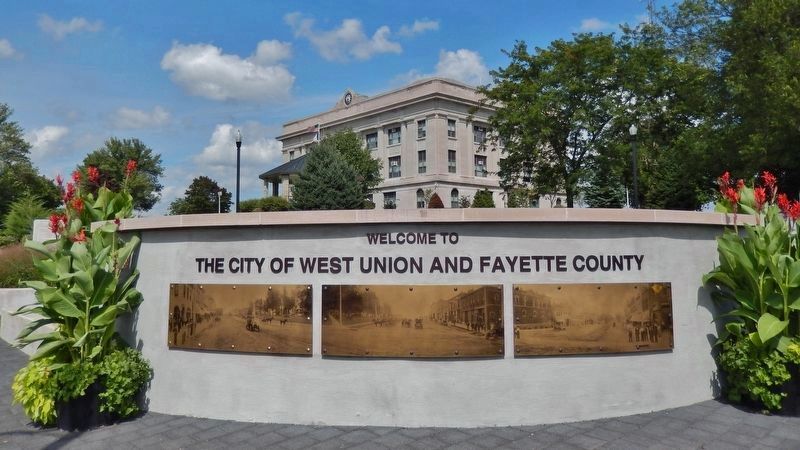