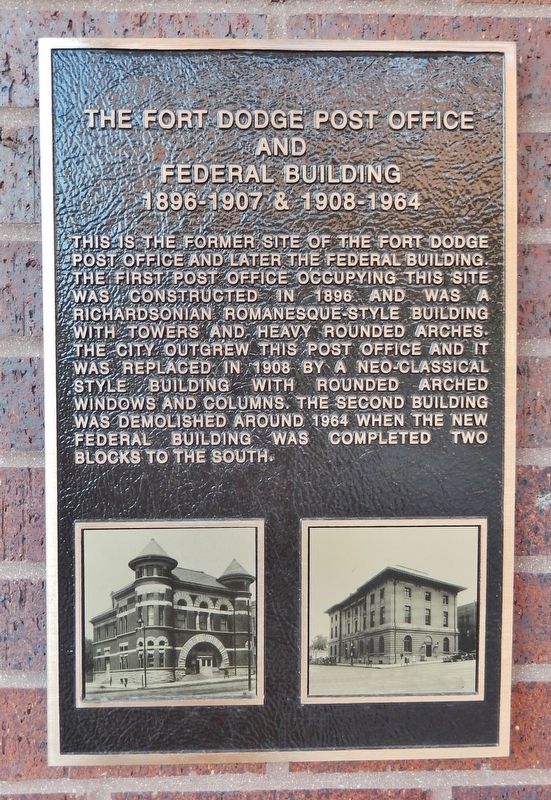 This is the former site of the Fort Dodge Post Office and later the Federal Building. The first post office occupying this site was constructed in 1896 and was a Richardsonian Romanesque-style building with towers and heavy rounded arches. The city outgrew this post office and it was replaced in 1908 by a neo-classical style building with rounded arched windows and columns. The second building was demolished around 1964 when the new Federal Building was completed two blocks to the south.

Location. 42° 30.325′ N, 94° 11.152′ W. Marker is in Fort Dodge, Iowa, in Webster County. Marker is on Central Avenue just east of North 9th Street, on the left when traveling east. Marker is mounted at eye-level, just to the left of the entrance, on the building at this address. Touch for map. Marker is at or near this postal address: 900 Central Avenue, Fort Dodge IA 50501, United States of America. Touch for directions.

Other nearby markers. At least 5 other markers are within 2 miles of this marker, measured as the crow flies. Webster County Courthouse (about 700 feet away, measured in a direct line); Fort Dodge City Hall, Police & Fire Department 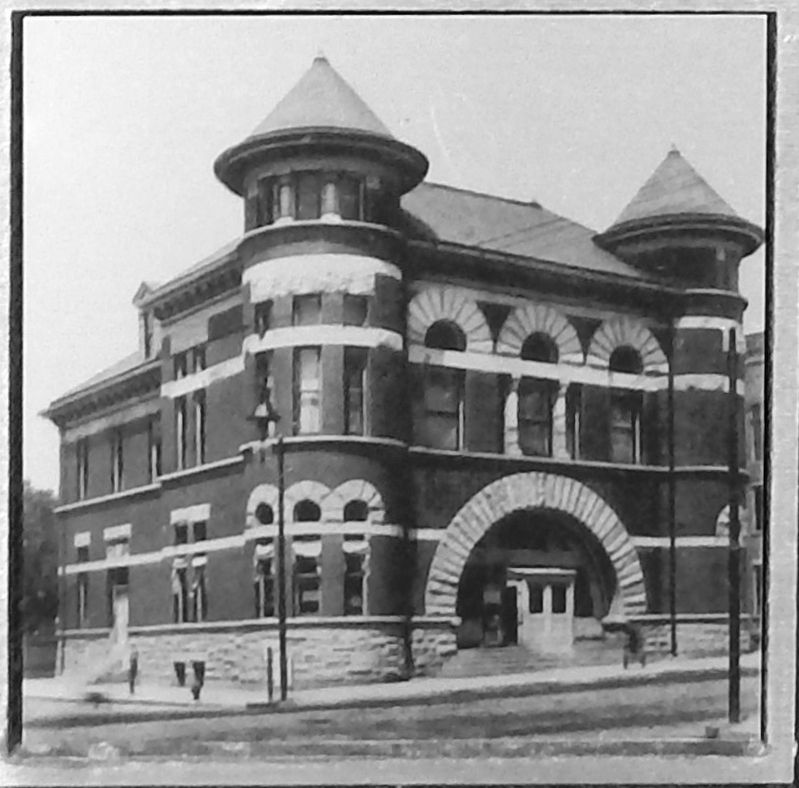 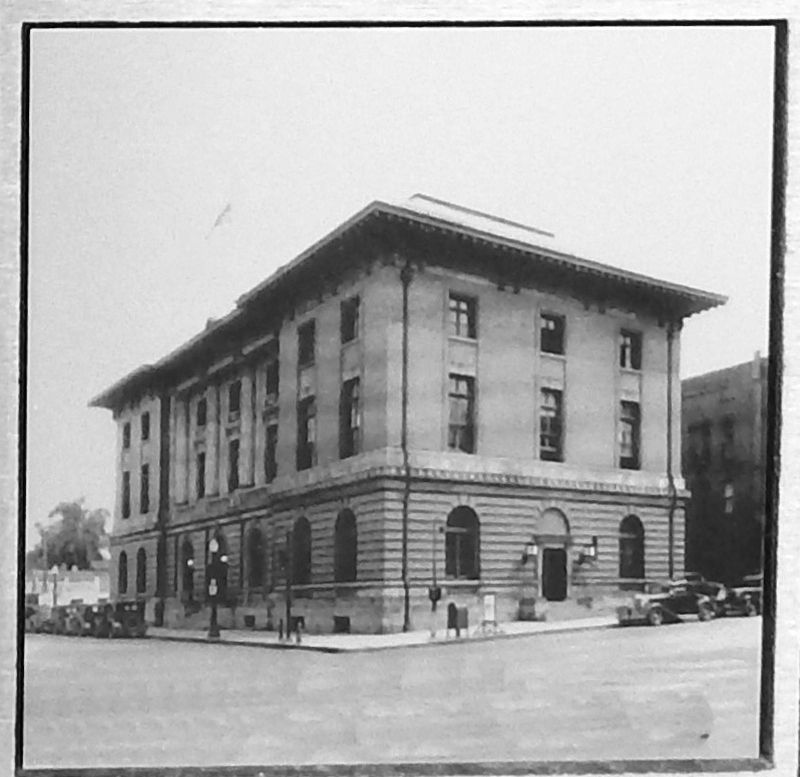 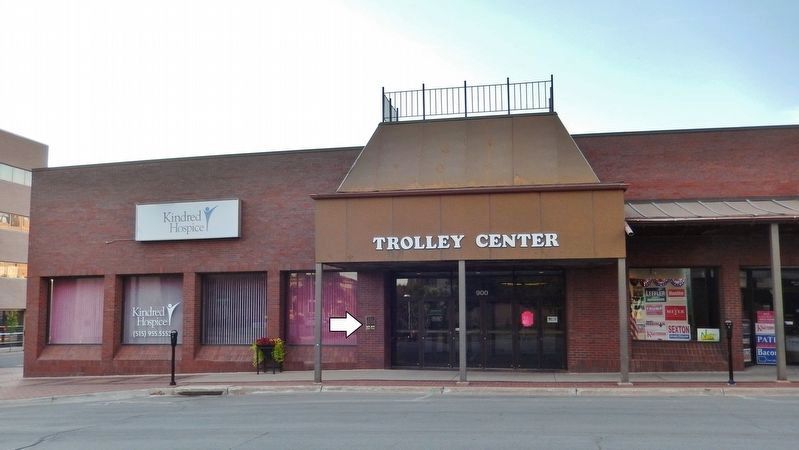