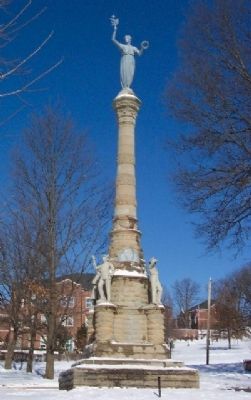 Erected by the County of Greene in grateful memory of her Soldiers and Sailors of the War for the Union. 1861 - 1865

Location. 39° 53.919′ N, 80° 11.257′ W. Marker is in Waynesburg, Pennsylvania, in Greene County. Marker is on Wayne Street, on the right when traveling west. Memorial is in the center of Monument Park, between Morris and Washington Streets. Touch for map. Marker is in this post office area: Waynesburg PA 15370, United States of America. Touch for directions. 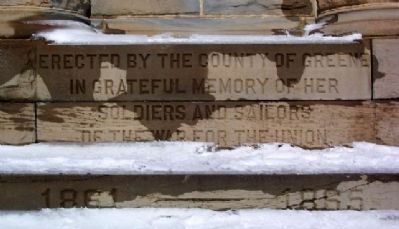 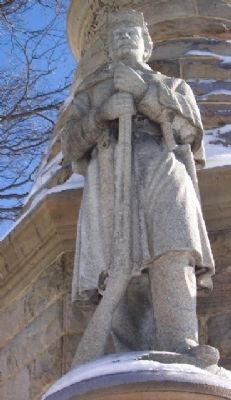 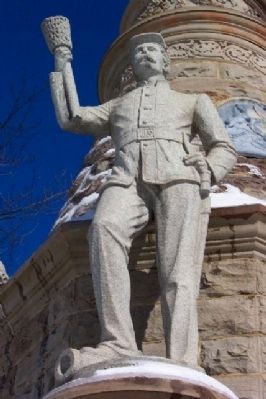 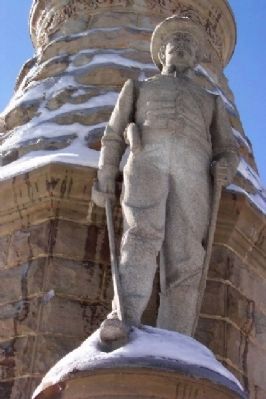 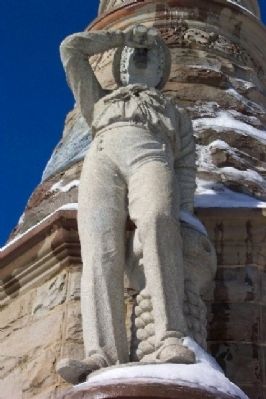