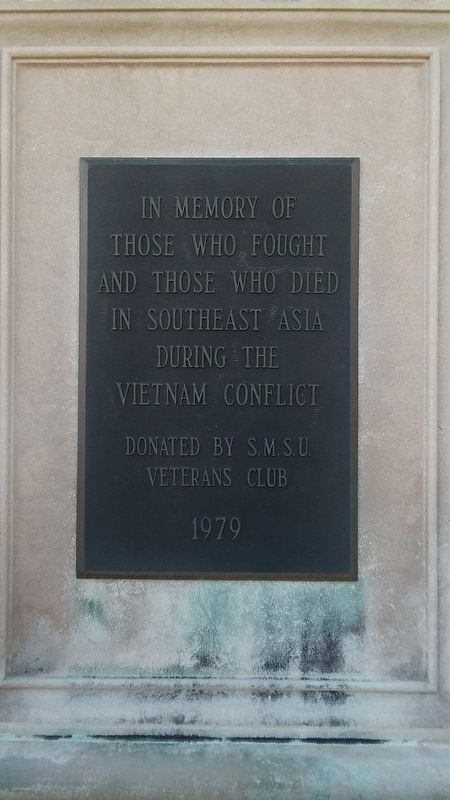 In memory of those who fought and those who died in southeast Asia during the Vietnam Conflict.

Topics and series. This memorial is listed in these topic lists: Cemeteries & Burial Sites • War, Vietnam. In addition, it is included in the National Cemeteries series list.

Location. 37° 10.367′ N, 93° 15.833′ W. Marker is in Springfield, Missouri, in Greene County. Memorial can be reached from East Drive just north of General Hogan Drive, on the left when traveling north. On the grounds of the Springfield National Cemetery. Touch for map. Marker is at or near this postal address: 1702 E Seminole St, Springfield MO 65804, United States of America. Touch for directions. 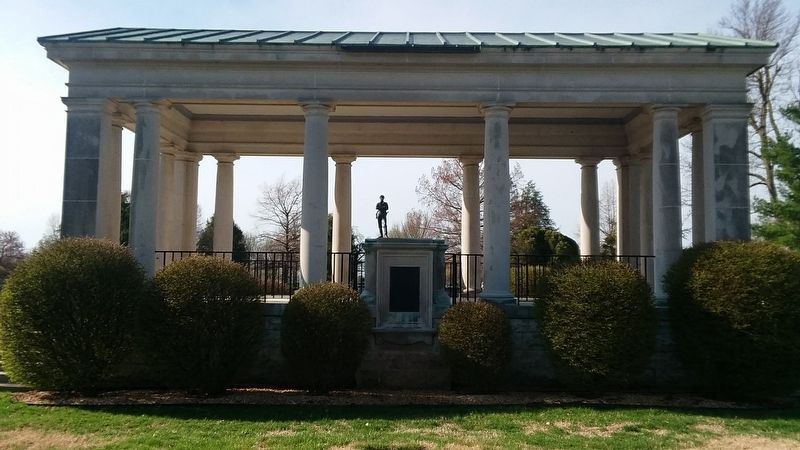 By TeamOHE, April 7, 2019
2. Vietnam Veterans Memorial
(within shouting distance of this marker); Missouri Soldiers Memorial C.S.A (about 400 feet away, measured in a direct line); A National Cemetery System (about 500 feet away); Springfield National Cemetery (about 500 feet away). Touch for a list and map of all markers in Springfield.
Credits. This page was last revised on December 10, 2020. It was originally submitted on December 10, 2020, by TeamOHE of Wauseon, Ohio. This page has been viewed 28 times since then. Photos:   1, 2. submitted on December 10, 2020, by TeamOHE of Wauseon, Ohio. • Devry Becker Jones was the editor who published this page.
Share This Page.