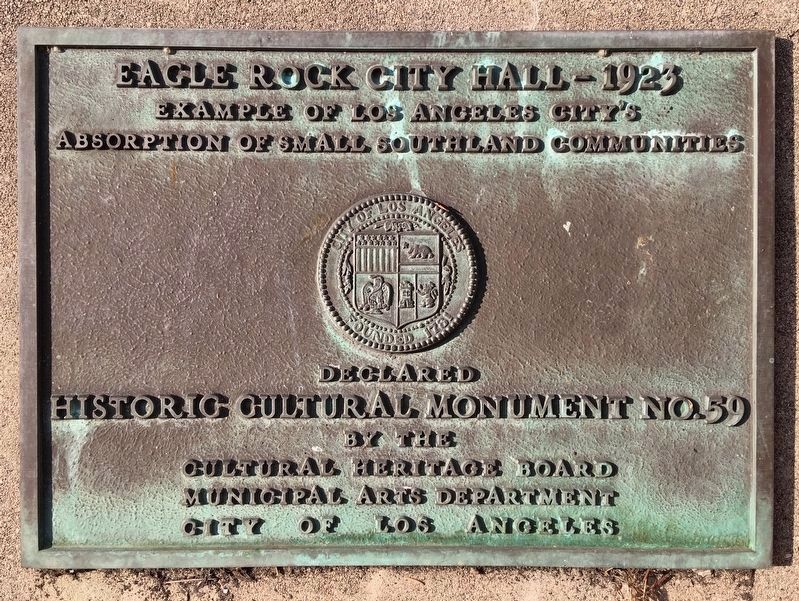 Topics and series. This historical marker is listed in these topic lists: Architecture • Government & Politics • Settlements & Settlers • War, World II. In addition, it is included in the City of Los Angeles Historic-Cultural Monuments series list.

Other nearby markers. At least 8 other markers are within 3 miles of this marker, measured as the crow flies. Barack Obama ‘83 (approx. 0.8 miles away); Somerset Farm (approx. 1.3 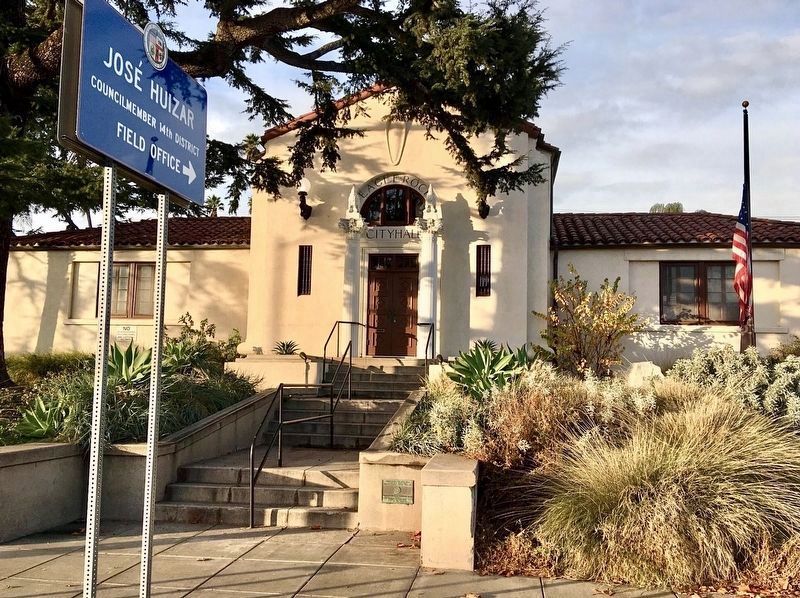 Regarding Eagle Rock City Hall. Architect William Lee Woollet designed an Italian Renaissance Revival building that is a compliment to its location on a slightly-raised site. Built to house the offices of the mayor, clerk, city attorney, water department, chief of police, fire department, and the city council chamber, it was completed in 1922, just one year before Eagle Rock gave up its status as an independent city. Annexation to Los Angeles won by 15 votes.
A 1928 addition housed the city's Engine Co. 42 until 1959 when the current fire station was built next door. During World War II, the ration board and draft board occupied part of the building. In 1969, the building was declared City Historic Cultural Monument #59 at the petition of the Eagle Rock Valley Historical Society. Today the building is vacated by all but a council-member field office. Planned restoration will make 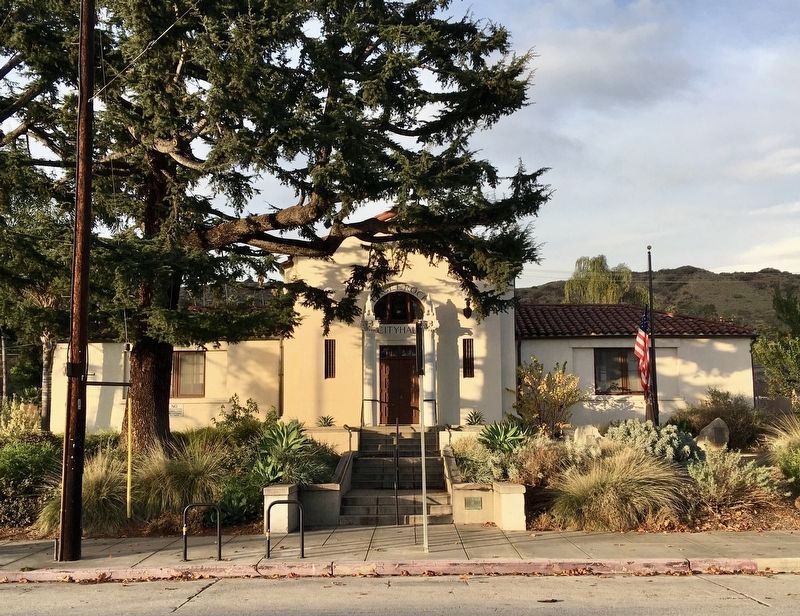 By Craig Baker, December 26, 2019
3. Eagle Rock City Hall
it more accommodating for civic use. The building is a reminder of an independent City of Eagle Rock. 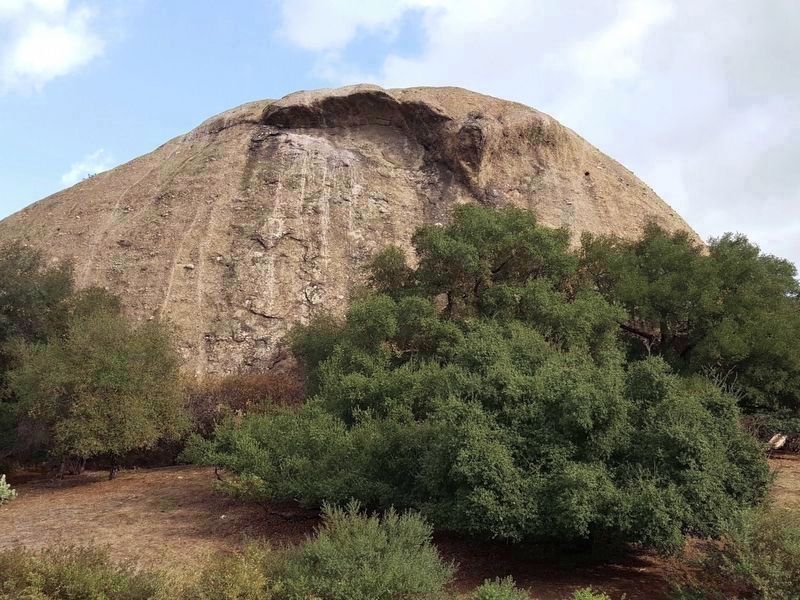