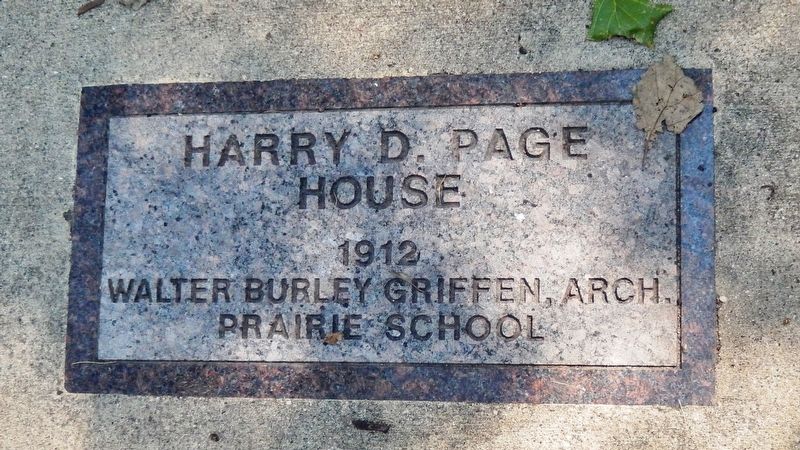 Location. 43° 9.07′ N, 93° 11.583′ W. Marker is in Mason City, Iowa, in Cerro Gordo County. Marker is on Rock Glen just north of 1st Street Southeast, on the left when traveling south. Marker is embedded in the sidewalk directly in front of the subject house. Touch for map. Marker is at or near this postal address: 21 Rock Glen, Mason City IA 50401, United States of America. Touch for directions.

More about this marker. Architect Walter Burley Griffin's surname is misspelled as "Griffen" in the inscription. 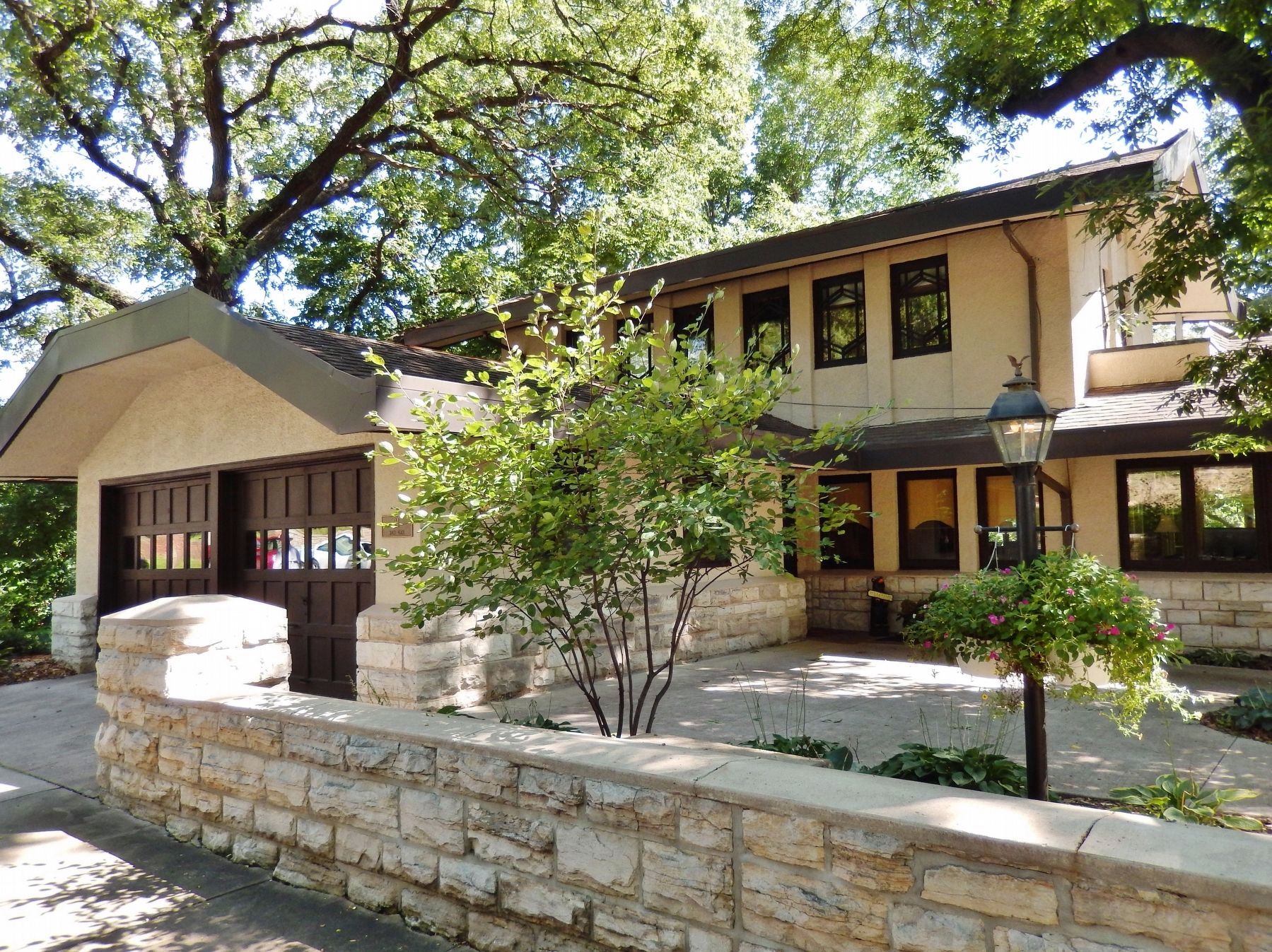 Also see . . .
1. Harry D. Page House. Griffin used Japanese influences to fit the building exactly into its site by extending it three floors on the creek side but only two floors on the street side. The Page house and nearby Arthur Rule house were the first Prairie School residences built in Rock Glen. The Page house was featured on the cover of Brooks' paperback edition of the book The Prairie Style: Frank Lloyd Wright and His Midwest Contemporaries. (Submitted on December 12, 2020, by Cosmos Mariner of Cape Canaveral, Florida.)

2. Historic Prairie School Home’s Setting. The Prairie School aesthetic of horizontal lines is reflected throughout the house, including the long, narrow bricks in the living room fireplace and even the slots in the radiator covers. The house underwent a major renovation in the 1940s. Two bathrooms and a double garage were added and the kitchen was expanded. (Submitted on December 12, 2020, by Cosmos Mariner of Cape Canaveral, Florida.)

3. Rock Crest–Rock Glen Historic District (Wikipedia). All of the buildings are houses designed in the Prairie School style, and are a part of a planned development. Joshua Melson, a local developer, bought the property along Willow Creek between 1902 and 1908. Initially, there were only going to be 10 houses built, but the number grew to 16. While only half the houses planned were actually constructed, it is still the largest cluster of Prairie School houses in the country. (Submitted on December 12, 2020, by Cosmos Mariner of Cape Canaveral, Florida.)