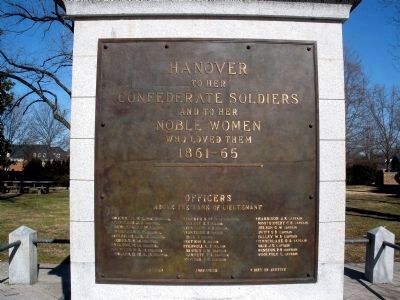 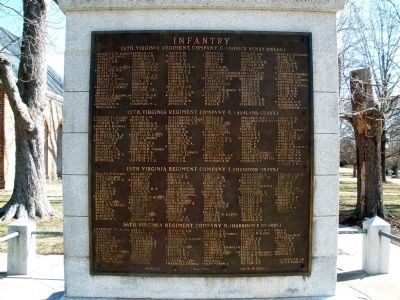 1. Patrick Henry Rifles, 15th Regiment, Company C
Many thanks for the website and the photos of the monument. On the bronze plaque under the 15th Regiment, Company C you shall find the last name of Layne,and the initials of T.A.----- My great grand father, Thomas Andrew Layne, private, CSA. I only last year started seriously looking for my lost family of Laynes in Virginia. My great grand fathers son was Leonidus Layne, my grand father and his son was my father, Frank Layne. My fathers brothers were--- James, William, Joseph, Weslie and Alvin. My fathers sisters were Mary, Martha, and Minnie. All Laynes from Hanover County. My father was killed in Virginia in the late 1940's and I never knew him except from photos. I was but 7/8 years old when the auto accident happened. I know that I must have first cousins all over Hanover County but do not know where. Would appreciate anyone who knows any information in regard to this family of Laynes to contact me. (Contact Information Moved to Editor's Note)Many ,many thanks to all who put this information out on the web sites. It gives a lot of hope to those searching for love ones/family. Frank L. Layne, SMS, USAF, Retired, Duluth, Minnesota. Note To Editor only visible by Contributor and editor
— 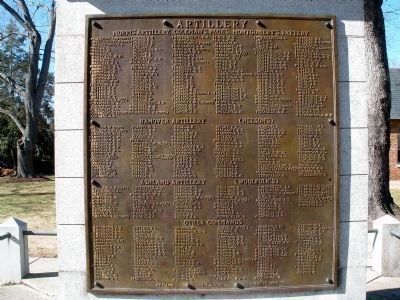 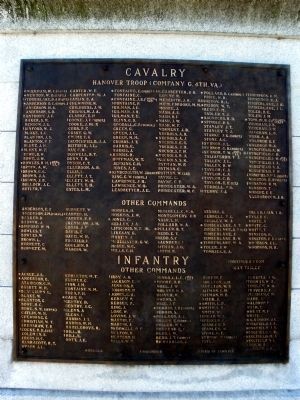 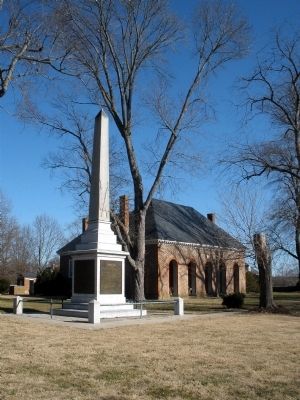