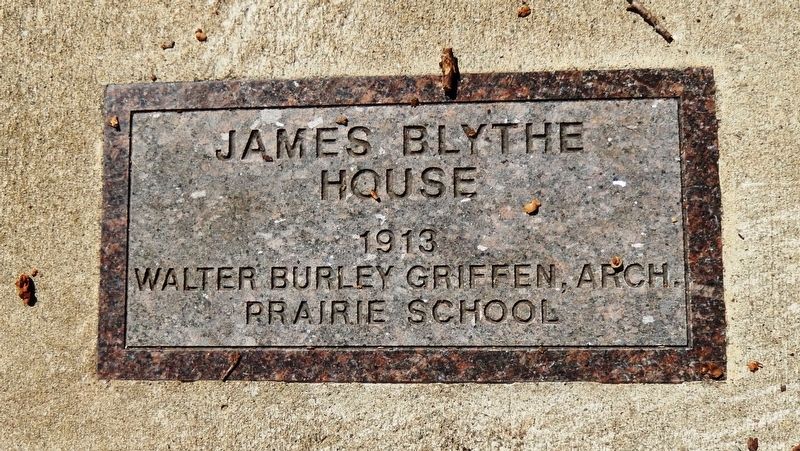 More about this marker. Architect Walter Burley Griffin's surname is misspelled as "Griffen" in the inscription. 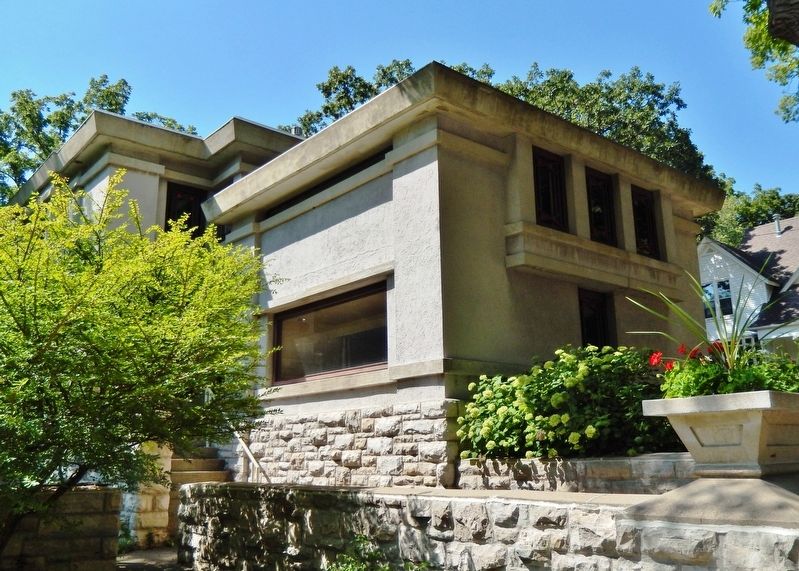 Also see . . .
1. James C. Blythe House. The third Rock Glen house designed by Walter Burley Griffin, and the second of three homes commissioned by Blythe. It is the most spacious of Griffin's Mason City houses and offers a beautiful view of the glen and creek from the 33-foot living room. The walls are made of clay tile blocks covered with limestone below and stucco above. The floors, stairs and roof are made of reinforced concrete. (Submitted on December 12, 2020, by Cosmos Mariner of Cape Canaveral, Florida.)

2. Mason City's Prairie Gems. After initial long-distance discussions with his Mason City clients, Griffin traveled there from Chicago in 1912 to look at the natural setting and develop a suitable plan. His collaborator in this was Marion Mahony (a remarkable draftsman and designer herself and one of the country’s first women architects), whom he had married the year before, and who, along with Griffin, had been a longtime associate in Wright’s architectural office. (Submitted on December 12, 2020, by Cosmos Mariner of Cape Canaveral, Florida.)

3. Rock Crest–Rock Glen Historic District (Wikipedia). All of the buildings are houses designed in the Prairie School style, and are a part of a planned development. Joshua Melson, a local developer, 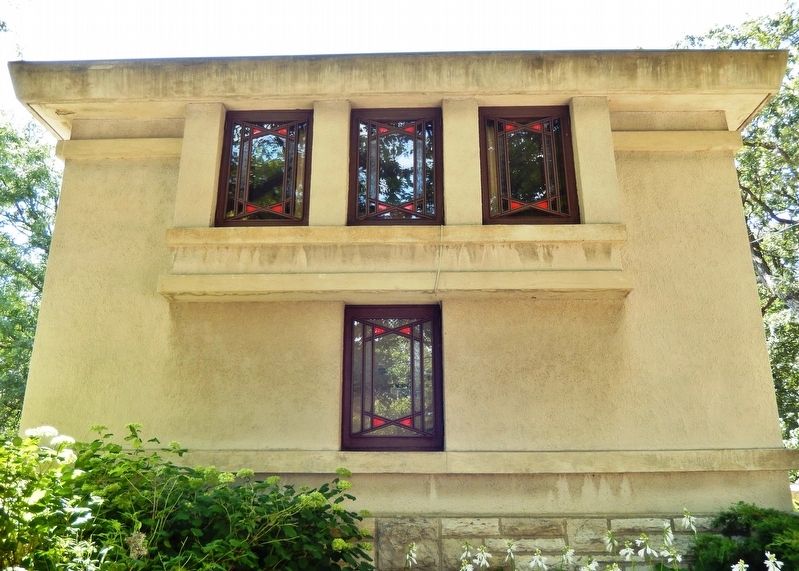 By Cosmos Mariner, August 22, 2016
3. James Blythe House Windows (north elevation)
bought the property along Willow Creek between 1902 and 1908. Initially, there were only going to be 10 houses built, but the number grew to 16. While only half the houses planned were actually constructed, it is still the largest cluster of Prairie School houses in the country. (Submitted on December 12, 2020, by Cosmos Mariner of Cape Canaveral, Florida.)

4. Walter Burley Griffin (Wikipedia). Walter Burley Griffin was an American architect and landscape architect. He is noted for designing Canberra, Australia's capital city and Griffith, New South Wales. He has been credited with the development of the L-shaped floor plan, the carport and innovative use of reinforced concrete. (Submitted on December 12, 2020, by Cosmos Mariner of Cape Canaveral, Florida.) 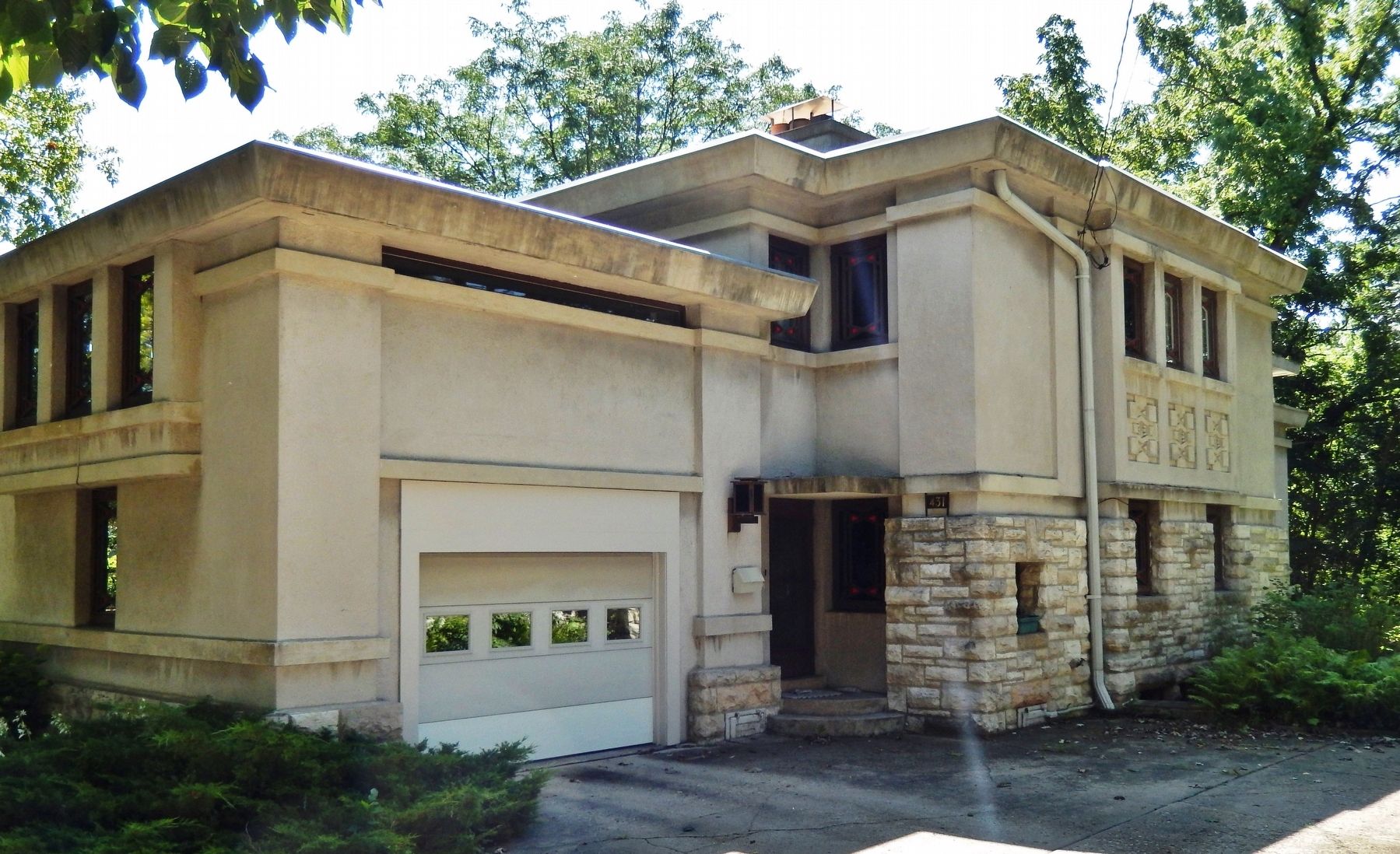