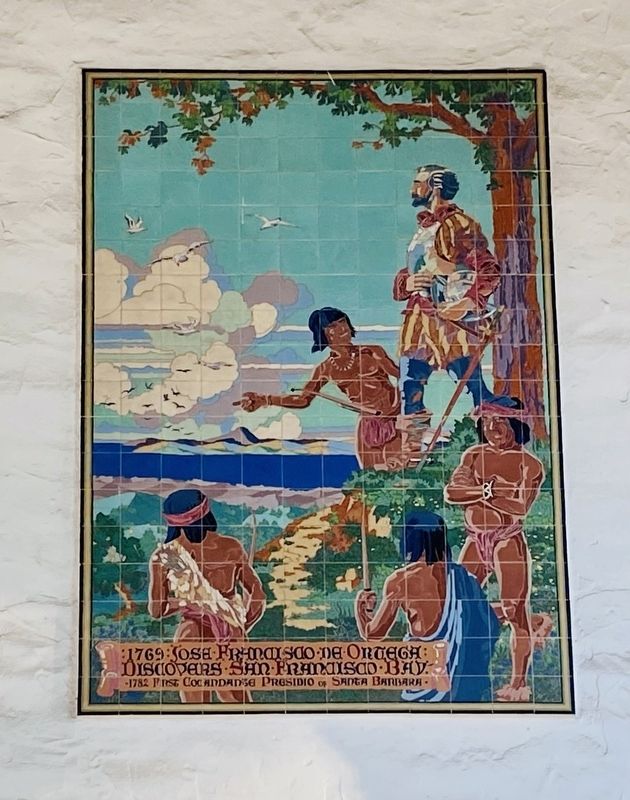 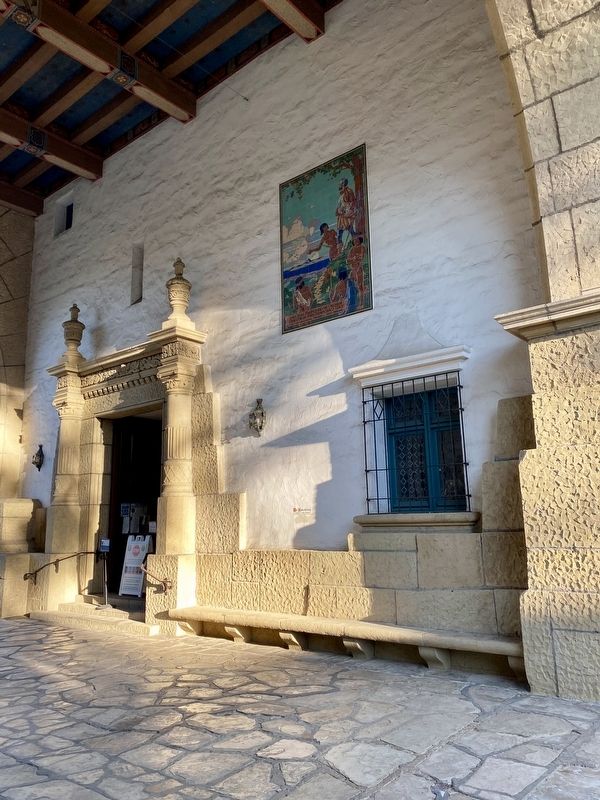 By Andrew Ruppenstein, November 30, 2020
2. Jose Francisco De Ortega Marker - wide view
José Francisco Ortega. Wikipedia entry:
"José Francisco Ortega (1734 – February 1798) was a Spanish soldier and early settler of Alta California. A member of the Portola expedition in 1769, Ortega stayed on to become the patriarch of an important Californio family....Sergeant Ortega was the chief scout during the second phase of Gaspar de Portolà's land expedition to explore and extend the northern boundary of Las Californias. After establishing a base at San Diego in July, 1769, Portola led a reduced party that pushed on to the north. At the northern extreme of that march, Ortega led a scouting party that encountered San Francisco Bay on November 1, 1769, and was one of the first Europeans to see the bay.... In the spring of 1782, Ortega was on the expedition that founded Mission San Buenaventura and the Presidio of Santa Barbara. Ortega became the first Commandant of the Presidio of Santa Barbara that year, and remained until 1784...." (Submitted on December 11, 2020.) 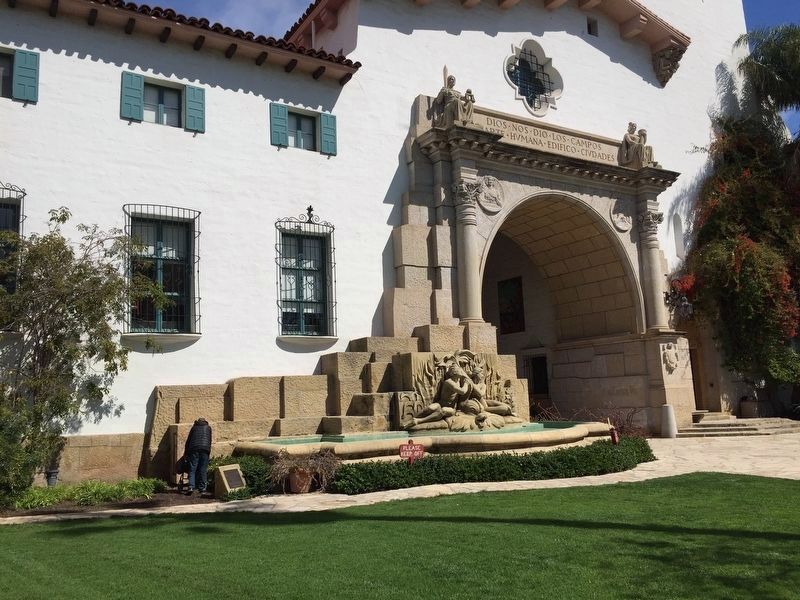