In 1912, there were approximately one million motor vehicles registered in the United States but few good roads. Most of the roads outside of urban areas were dirt that turned to mud when wet. Long-distance travel by car was still very much a novelty and doing so definitely required a taste for adventure.

Birth of the Lincoln Highway
On September 14, 1913, the Lincoln Highway Association (LHA) announced the official route of the nation's first transcontinental, highway to extend from New York City to San Francisco. The idea had originated with Carl G. Fisher, one of the original founders of the Indianapolis Motor Speedway, and founder of the Prest-O-Lite Company, a carbide headlight manufacturer.

Fisher's grand idea was a "Coast-to-Coast Rock Highway" that would be a grand boulevard across America, threading together historic routes and the main streets of towns from the Atlantic to the Pacific. The mapped route traversed a total of 3,389 miles through thirteen states including: New York, New Jersey, Pennsylvania, Ohio, Indiana, Illinois, Iowa, Nebraska, Colorado, Wyoming, Utah, Nevada, and California. The highway 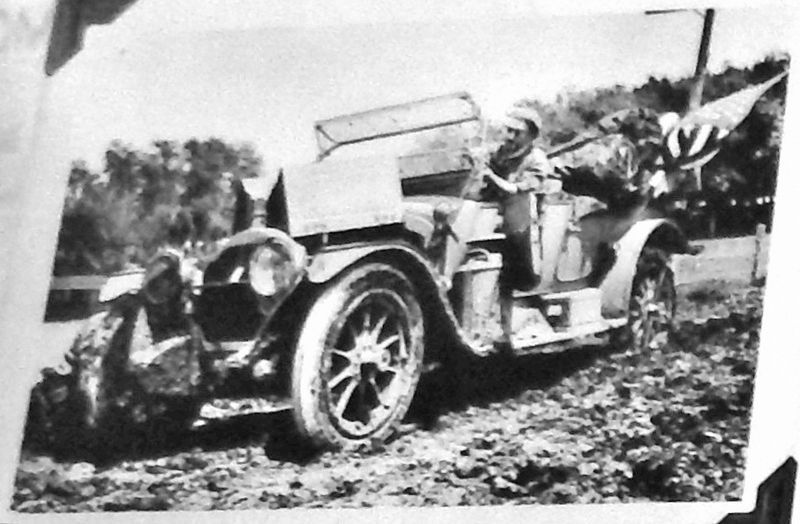 In Iowa, the route extended from Pottawattamie County on the west to Clinton County on the Mississippi River, crossing 13 of Iowa's 99 counties.

Evolution of the Lincoln Highway
The ultimate aim of the Lincoln Highway Association was to promote the construction of a permanent, paved highway across the nation. LHA president, Henry B. Joy, also president of the Packard Motor Car Company, promoted concrete paving. While concrete roads were more expensive to build than gravel or dirt, they were more durable and easier to maintain.

To demonstrate the benefits of concrete pavement and to encourage state and local funding for paving projects, Joy conceived the "Seedling Mile" program. The aim of this program was to encourage communities in rural states along the Lincoln Highway to pave mile-long sections of the highway as demonstrations of the superiority of concrete as a paving material. The Lincoln Highway Association built their "Ideal Section", Seedling Mile, in Lake County, Indiana in the early 1920's at a cost of more than $166,000. One Seedling Mile section was built in Linn County, Iowa, just west of Mount Vernon in 1919.

However, it was World War I that really turned the tide of national opinion for good road improvements. The war finally made good roads a national 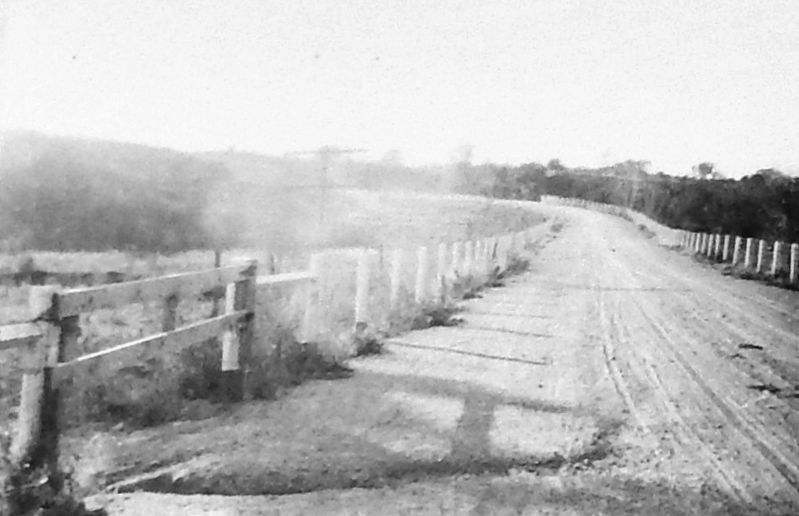 Courtesy Iowa Department of Transportation
3. Marker detail: Dirt road on Lincoln Highway, circa 1920
question instead of just a local issue because of the need to transport military convoys and supplies across the nation.

Competition among various highway routes intensified in the early 1900's as automobile travel provided an alternative to railroads for long distant travel.

The establishment of a federal highway system led to the end of named highways and the end of the Lincoln Highway. In 1925, the maze of named highways across the nation was replaced with a system of numbered highways. As part of this plan, and over the objections of the LHA, the Lincoln Highway was divided into several different numbered routes. The route was now numbered as various federal routes including 1, 30, 40, and 50 across the length of the highway. In Iowa, the route was designated as U.S. Highway 30 in October 1926.

Missouri Valley had been an important railroad junction long before the motor car was invented. A railroad bridge cutting off the southern loop through Omaha was an obvious way to save miles. The same logic applied to the Lincoln Highway when a toll bridge was erected at Blair, Nebraska in 1929. This became the signal event in intensifying the competition between the cross Iowa routes to the level of a "highway war". This bridge saved motorists about 30 miles and spared them the need to drive through Council Bluffs and Omaha. In 1931 the new segment from Missouri 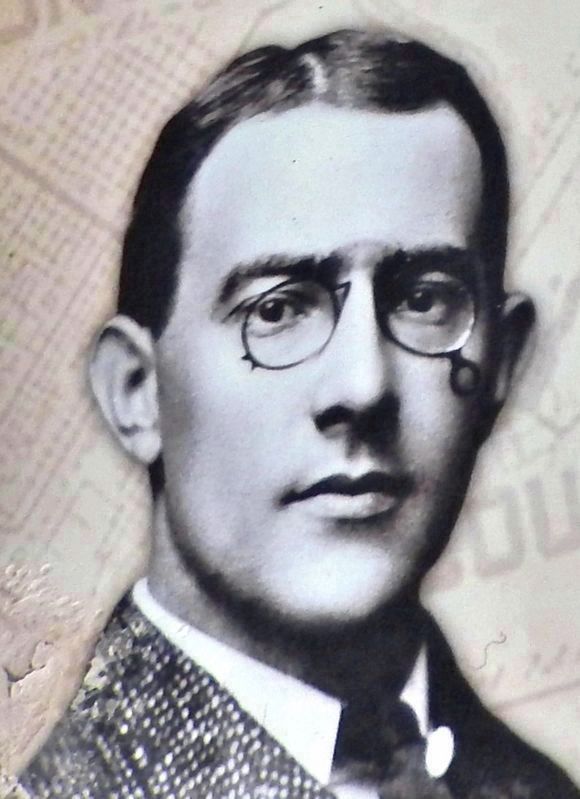 The idea of the promise of the west was large, but tangible: travelers expected the west to BEGIN somewhere, and Iowa's western edge was the logical location.

In 1927, the LHA officially disbanded. Their last official act was the enlistment of the Boy Scouts of America to memorialize the route by installing 3,000 concrete markers hearing a bronze medallion of Abraham Lincoln along the length of the highway on September 1, 1928. Only a fraction of these markers remain in their original locations, including one here at this facility.

The Lincoln Highway in Harrison County & the Loess Hills
On October 13, 1913, the Woodbine Twiner proclaimed the "Lincoln 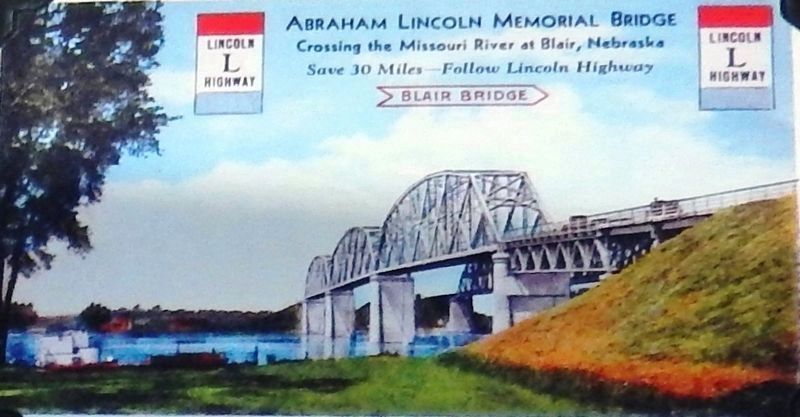 Courtesy Lyell Henry
5. Marker detail: Abraham Lincoln Memorial Bridge
(Blair, Nebraska)
Highway Is Now a Reality. A Settled Fact that Woodbine Will Be on the Line, as also are Dunlap, Logan and Missouri Valley."

A notable stretch of brick pavement would be laid in Woodbine along the highway route, named "Lincoln Way" as it passed through town. This pavement consisted of a concrete base capped with a layer of sand and a single course of brick pavers. Paving began 1920 and was completed in 1921. This historic street was recently restored in 2003.

The original Harrison County route had some notable features including the fact that it had to cross the Boyer River twice to get into and out of Woodbine. The route crossed the Boyer River again to enter Logan and then one more time south of Missouri Valley.

The Lincoln Highway route through the loess hills required deep cuts into the loess bluffs, which proved to be an engineering challenge. The most unusual section became known as the "stairsteps" because the route 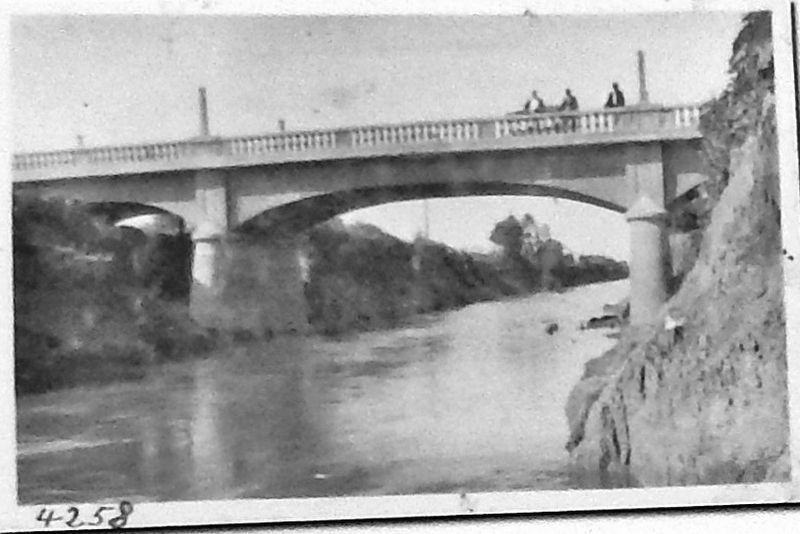 Courtesy Iowa Department of Transportation
6. Marker detail: Boyer River Bridge
Lincoln Highway concrete triple-span arch deck bridge over Boyer River at Woodbine, Iowa. The bridge was built in 1917, but is no longer standing.
made a series of 90-degree turns in the section between Woodbine and Logan. With a profile of a set of stairs, the stairstep configuration was determined by the existing section-line roads in the area of the Boyer River valley, but for highway purposes the configuration was less than ideal. In 1919, the section was straightened into a more direct route as the first improvement project conducted on the Lincoln Highway.

Topics and series. This historical marker is listed in these topic lists: Bridges & Viaducts • Industry & Commerce • Roads & Vehicles. In addition, it is included in the Lincoln Highway 🛣️ series list.

Location. 41° 35.005′ N, 95° 50.824′ W. Marker is in Missouri Valley, Iowa, in Harrison County. Marker can be reached from Lincoln Highway (U.S. 30) just west of Monroe Avenue, on the right when traveling west. Marker is located in an interpretive kiosk at the Harrison County Historical Village & Iowa Welcome Center. Touch for map. Marker is at or near this postal address: 2931 Monroe Avenue, Missouri Valley IA 51555, United States of America. Touch for directions. 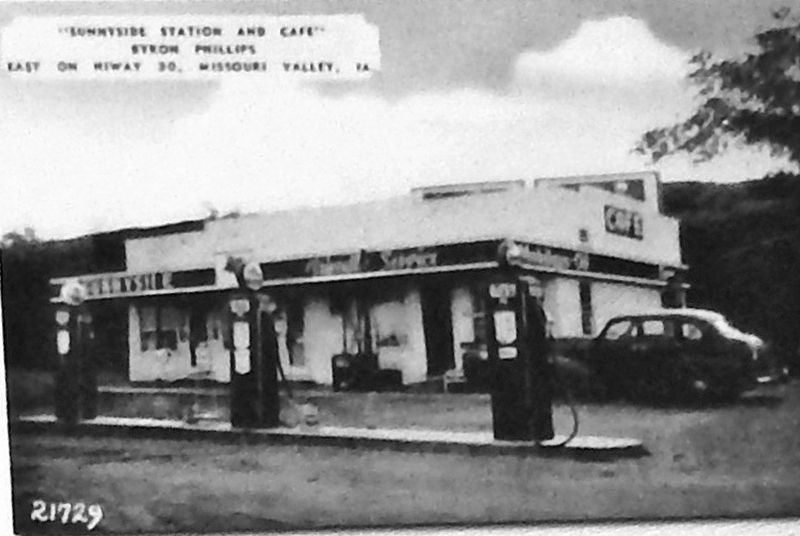 Also see . . .
1. Lincoln Highway History. In 1912, there were almost no good roads to speak of in the United States. The relatively few miles of improved road were only around towns and cities. Carl Fisher recognized this situation, and an idea started to take hold. He called his idea the Coast-to-Coast Rock Highway. Communities along the route would provide the equipment and in return would receive free materials and a place along America’s first transcontinental highway. (Submitted on December 13, 2020, by Cosmos Mariner of Cape Canaveral, Florida.) 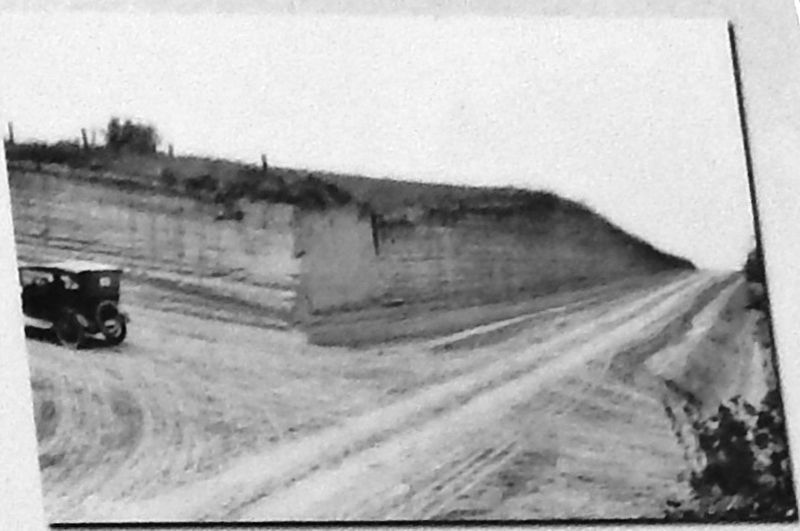 Courtesy Iowa Department of Transportation
8. Marker detail: Dramatic road cut in Loess Hills on Lincoln Highway. Circa 1922-23.
from Times Square in New York City west to Lincoln Park in San Francisco. The Lincoln Highway was America's first national memorial to President Abraham Lincoln, predating the 1922 dedication of the Lincoln Memorial in Washington, D.C., by nine years. As the first automobile road across America, the Lincoln Highway brought great prosperity to the hundreds of cities, towns and villages along the way. (Submitted on December 13, 2020, by Cosmos Mariner of Cape Canaveral, Florida.) 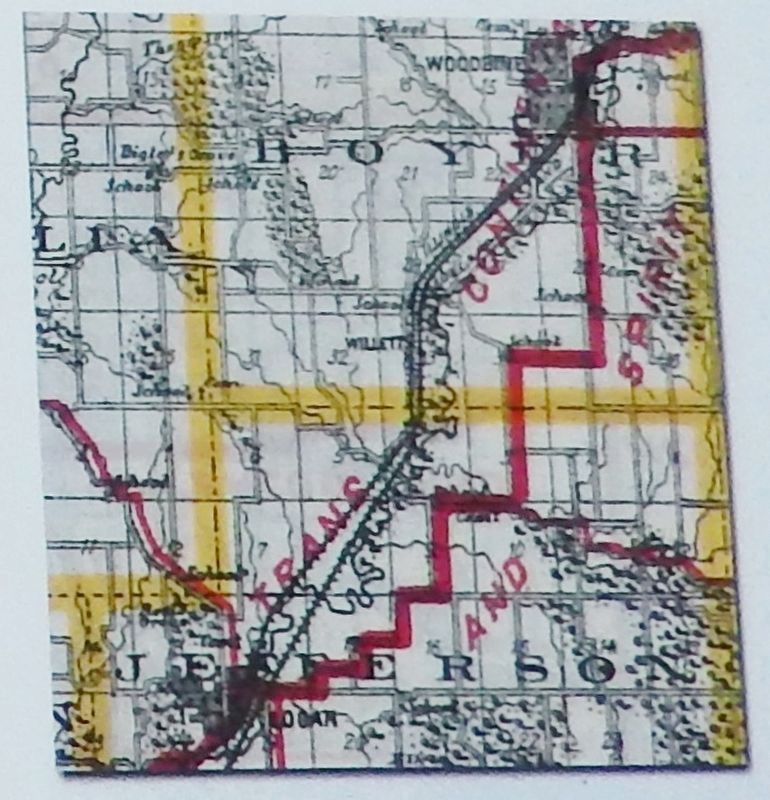 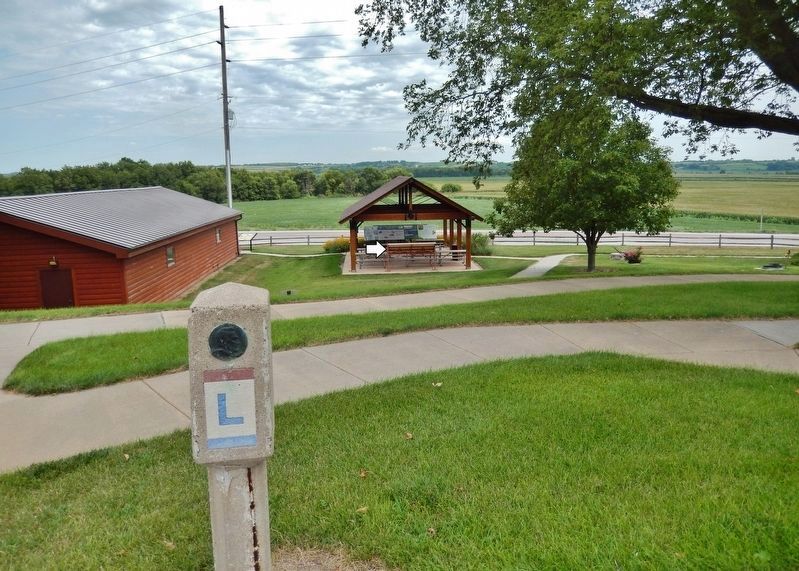