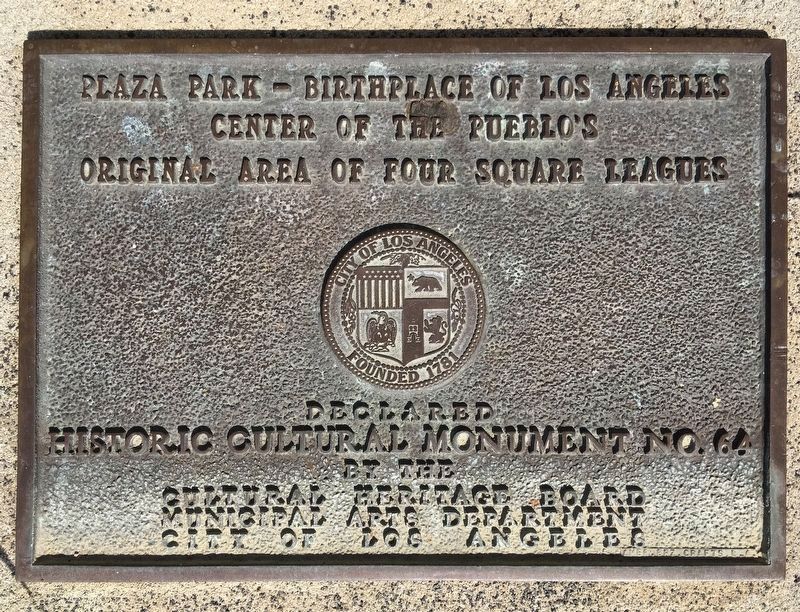 Topics and series. This historical marker is listed in these topic lists: Hispanic Americans • Settlements & Settlers. In addition, it is included in the City of Los Angeles Historic-Cultural Monuments series list. 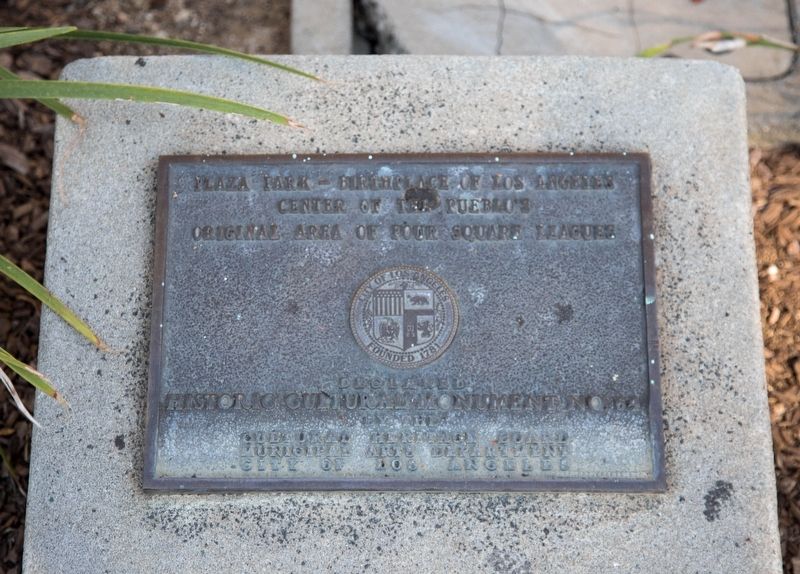 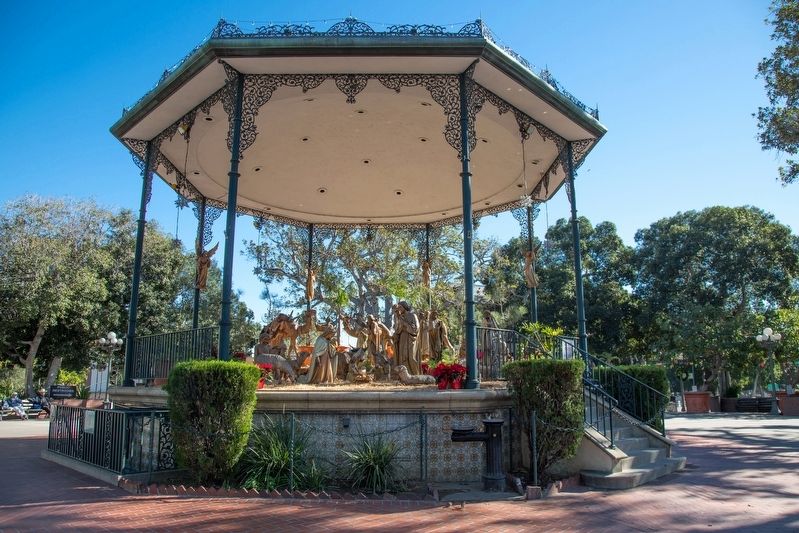 By J. J. Prats, December 4, 2018
3. Octagon Bandstand, Olvera Street Plaza Park, Los Angeles
Bandstand is at the center of the park. In this December image, a Christmas creche is set up on the bandstand. This marker is not visible in this image. It is in the flower bed similar to the one shown, the next one around on the left. 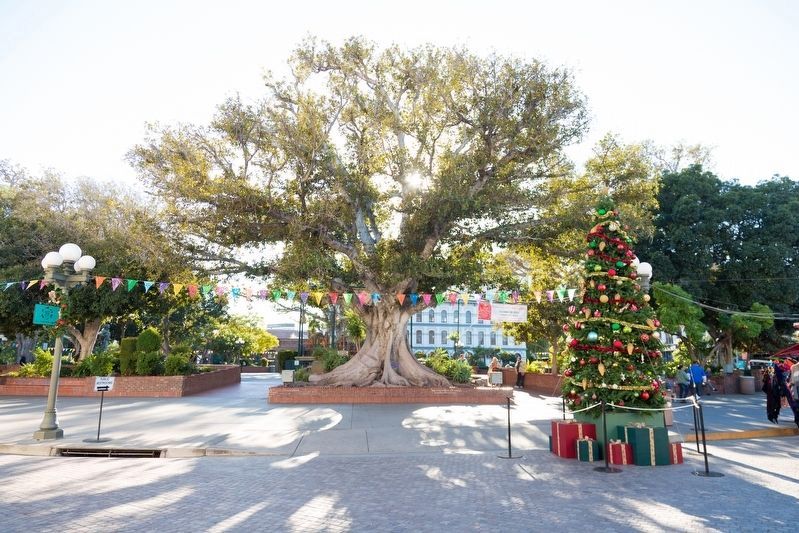 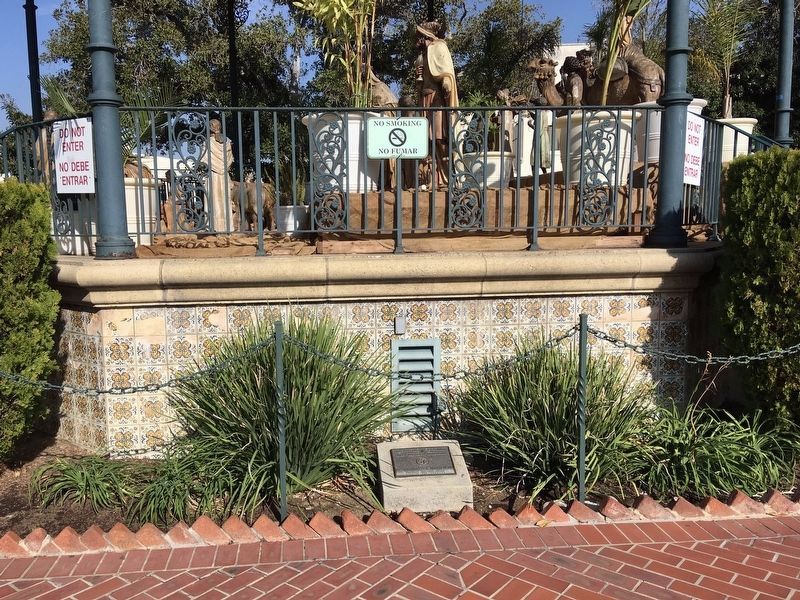