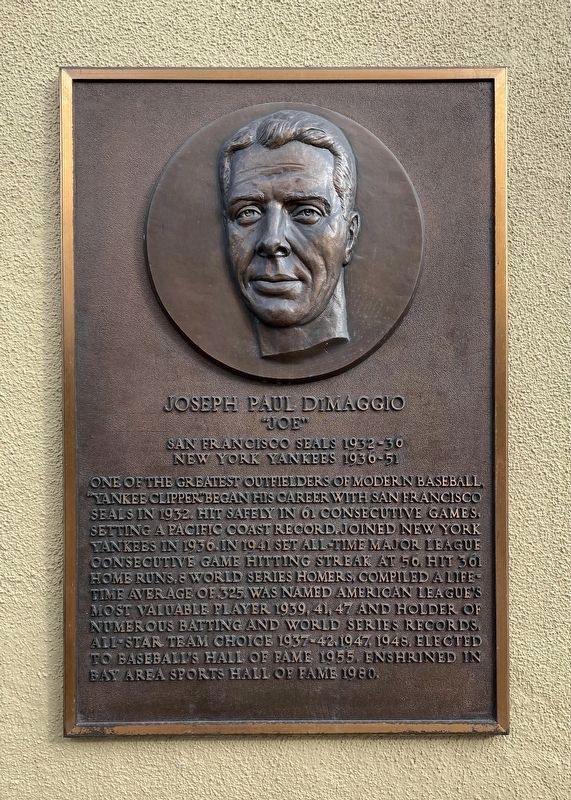 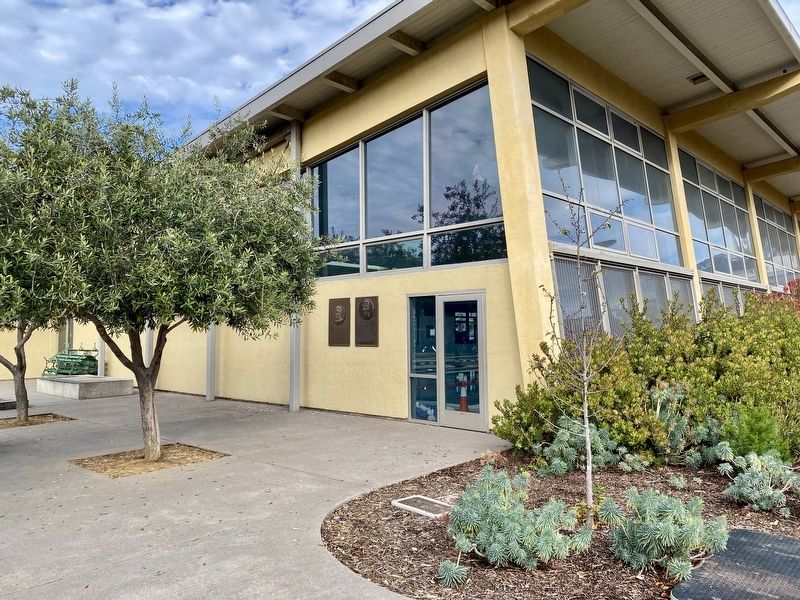 More about this marker. This marker is located in the northwestern section of the Joe DiMaggio Playground.

Also see . . .  Joe DiMaggio (Wikipedia). "Joseph Paul DiMaggio (November 25, 1914 – March 8, 1999), nicknamed "Joltin' Joe" and "The Yankee Clipper", was an American baseball center fielder who played his entire 13-year career in Major League Baseball for the New York Yankees. Born to Italian immigrants in California, he is widely considered one of the greatest baseball players of all time, and is perhaps best known for his 56-game hitting streak (May 15 – July 16, 1941), a record that still stands.... DiMaggio was a three-time Most Valuable Player Award winner and an All-Star in each of his 13 seasons. During his tenure with the Yankees, the club won ten American League pennants and nine World Series championships.... At the time of his retirement after the 1951 season, he ranked fifth in career home runs (361) and sixth in career slugging percentage (.579). He was inducted into the Baseball Hall of Fame 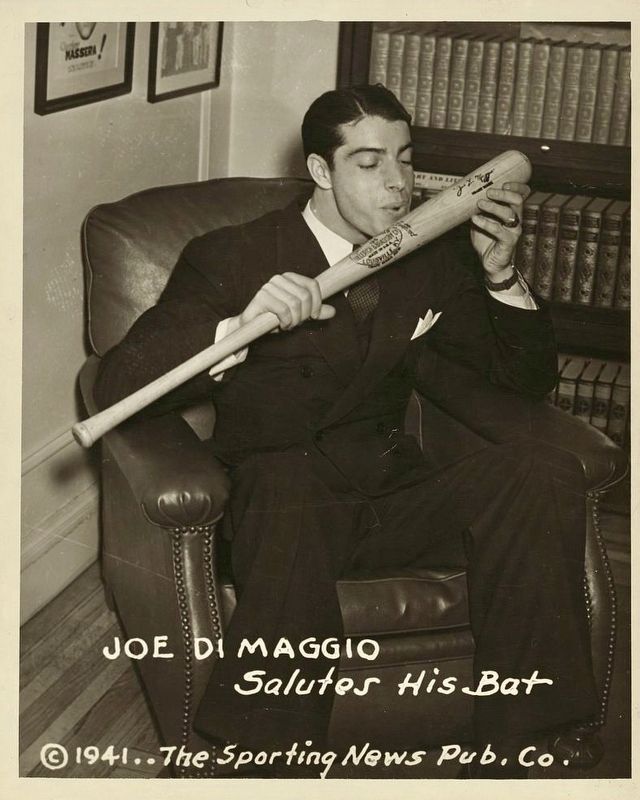