Dedicated to the American Veteran 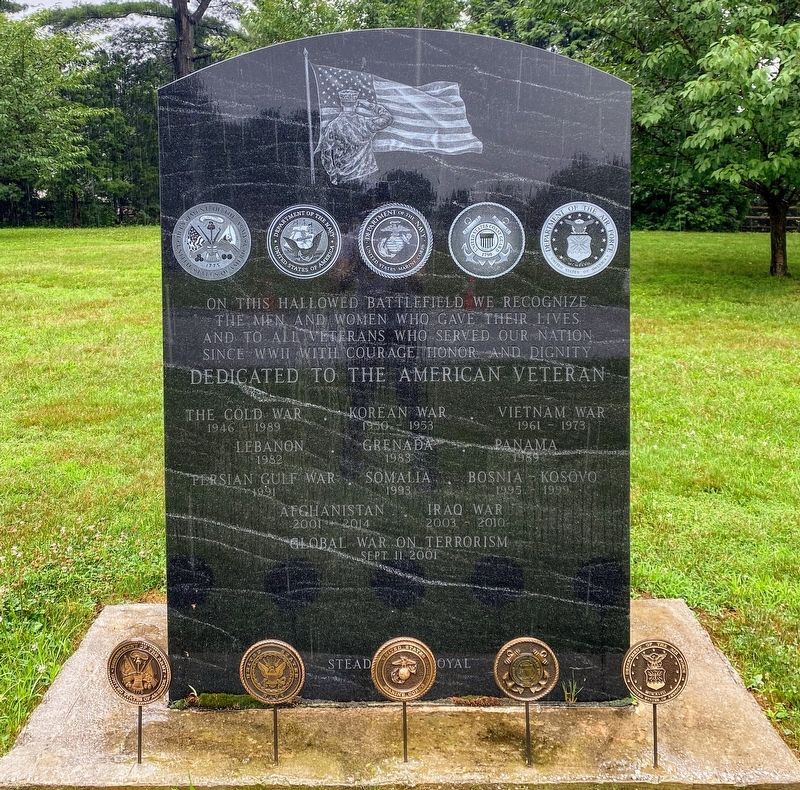 Location. 40° 1.771′ N, 75° 31.159′ W. Marker is in Malvern, Pennsylvania, in Chester County. Memorial is on Monument Avenue, on the left when traveling west. Marker is located on the grounds of the Paoli Battlefield. Touch for map. Marker is in this post office area: Malvern PA 19355, United States of America. Touch for directions. 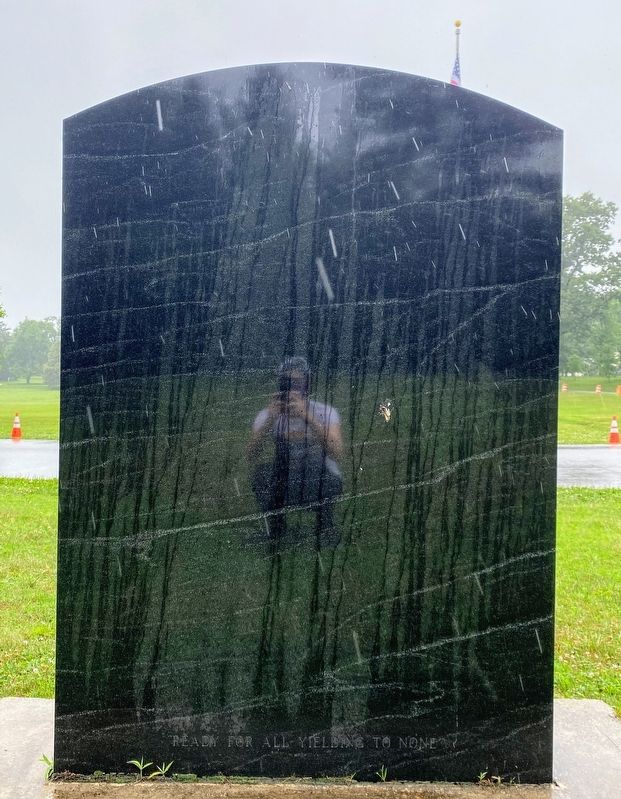 More about this marker. The top of the marker features an engraving of a uniformed service-member rendering a salute to the American Flag. Below this engraving are five seals representing each branch of the US Armed Forces. 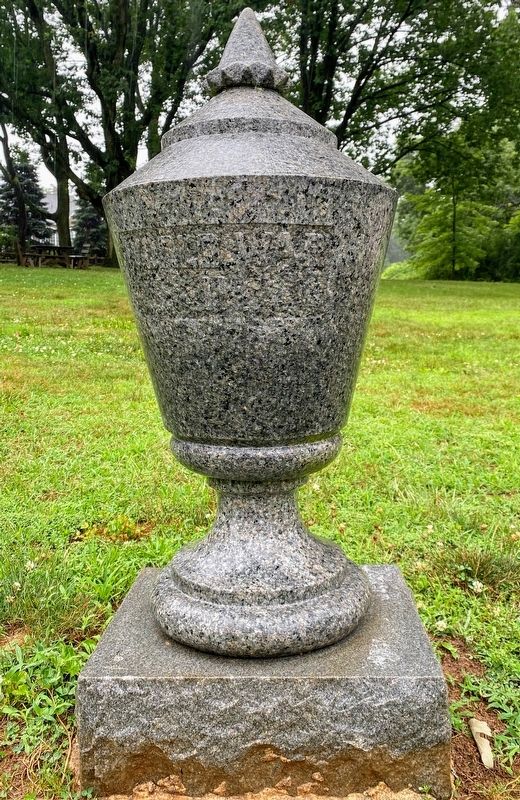