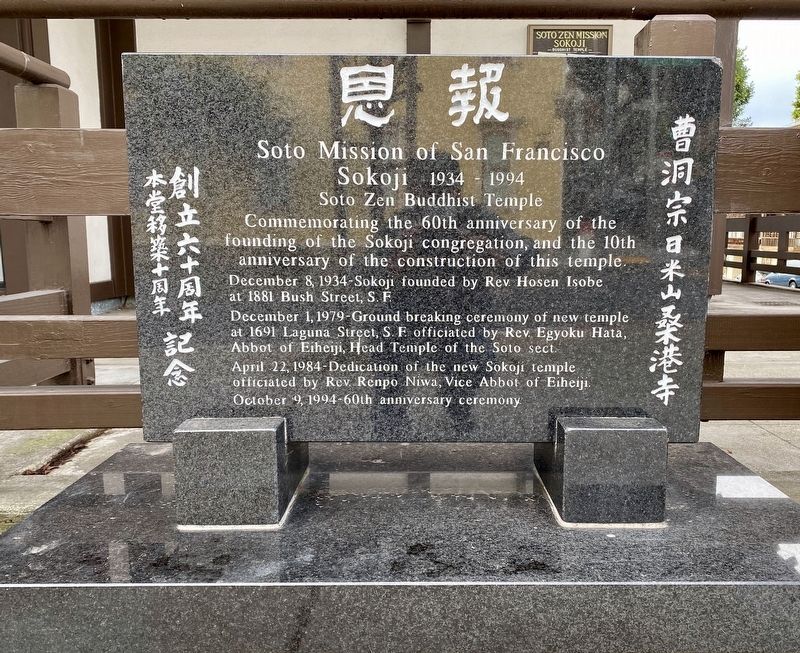 [Of the Japanese inscription, only the right-downwards line is transcribed:]

[Of the Japanese inscription, only the right-downwards line is transcribed:] 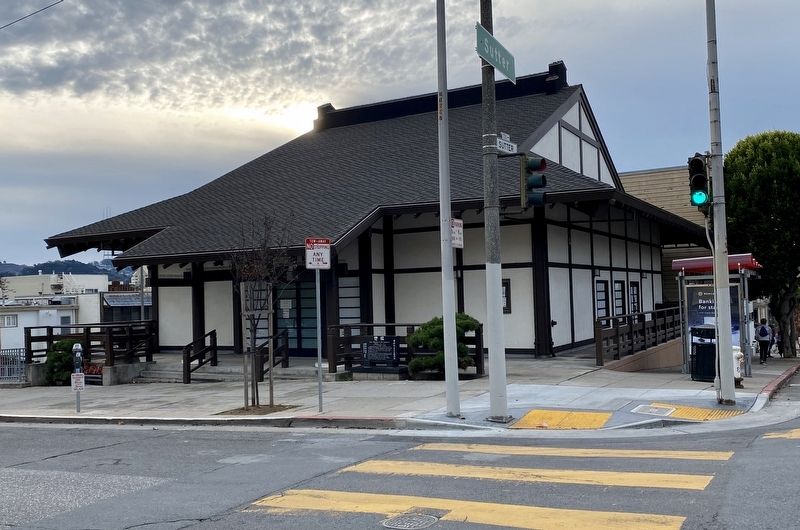 2. Soto Mission Of San Francisco - Sokoji (Sokoji). Mission homepage:
"With the purchase of a Jewish synagogue at 1881 Bush Street through the efforts of Reverend Hosen Isobe and Japanese American volunteers, Soto Mission of San Francisco, Sokoji, was founded and dedicated on December 8, 1934 (the date of the Jodoe - Buddha's attaining enlightenment). In 1942 Sokoji closed its doors due to World War II, but managed to continue making payments towards the purchase of the building by congregation members while being interned at various U.S. relocation camps. After World War II in 1948, the Temple re-opened for services by Reverend Rien Takahashi. Once again through the strong support from congregation members, Sokoji was relocated to its current location at 1691 Laguna Street in 1984 after four years of construction...." (Submitted on December 16, 2020.)
Credits. This page was last revised on February 9, 2021. It was originally submitted on December 16, 2020, by Andrew Ruppenstein of Sacramento, California. This page has been viewed 36 times since then and 5 times this year. Photos:   1, 2. submitted on December 16, 2020, by Andrew Ruppenstein of Sacramento, California.
Share This Page.