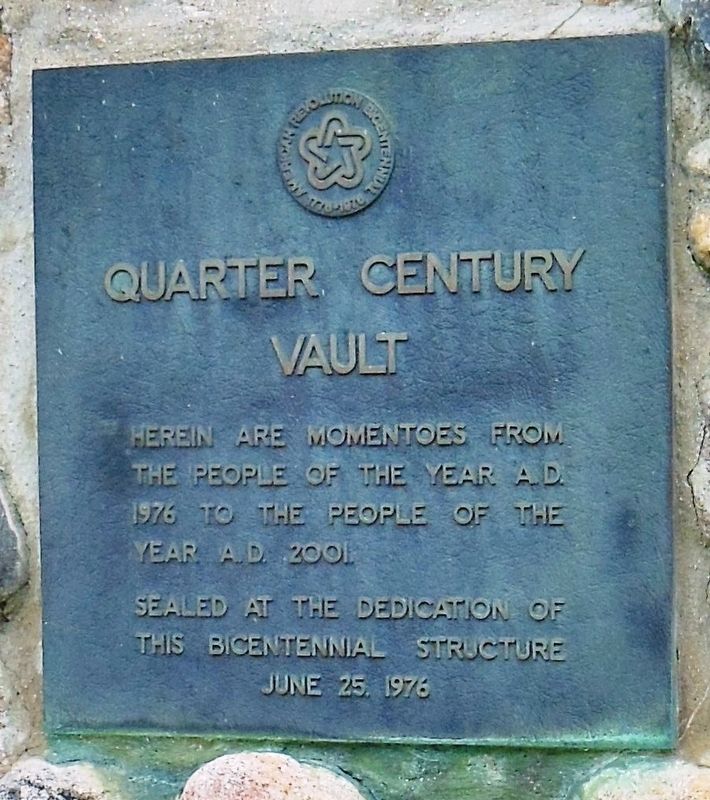 By Cosmos Mariner, July 15, 2012
1. Quarter Century Vault Marker
Inscription.
Quarter Century Vault. . Herein are momentoes from the people of the year A.D. 1976 to the people of the year A.D. 2001. . . Sealed at the dedication of this Bicentennial structure June 25, 1976.. . This historical marker was erected in 1976. It is in McClusky in Sheridan County North Dakota

Sealed at the dedication of this Bicentennial structure June 25, 1976.

Topics and series. This historical marker is listed in this topic list: Notable Events. In addition, it is included in the The Spirit of ’76, America’s Bicentennial Celebration, and the Time Capsules series lists.

Location. 47° 29.061′ N, 100° 26.449′ W. Marker is in McClusky, North Dakota, in Sheridan County. Marker can be reached from 2nd Street East north of Avenue C E, on the right when traveling north. Marker is located on the Sheridan County Courthouse grounds, near the southwest corner of the courthouse. Touch for map. Marker is at or near this postal address: 215 2nd Street East, McClusky ND 58463, United States of America. Touch for directions.

Regarding Quarter Century Vault. "mementos" is apparently misspelled as "momentoes" in the inscription. 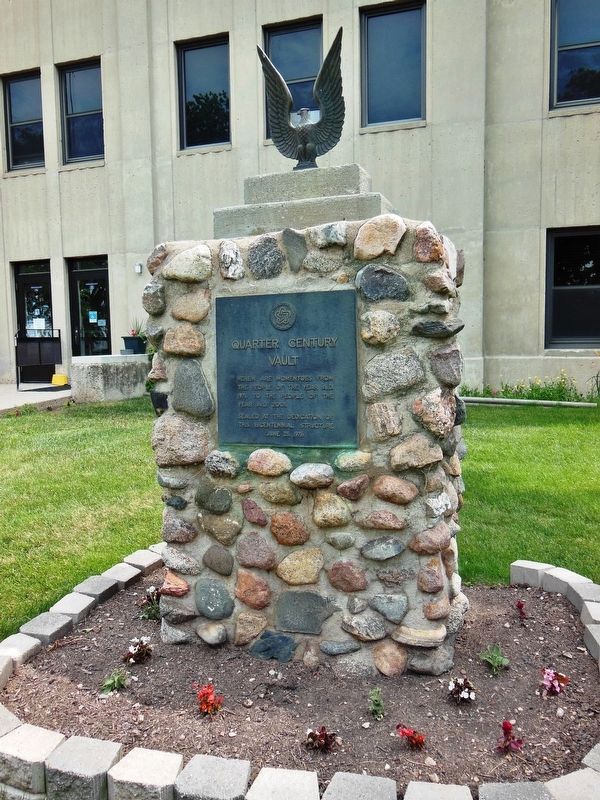 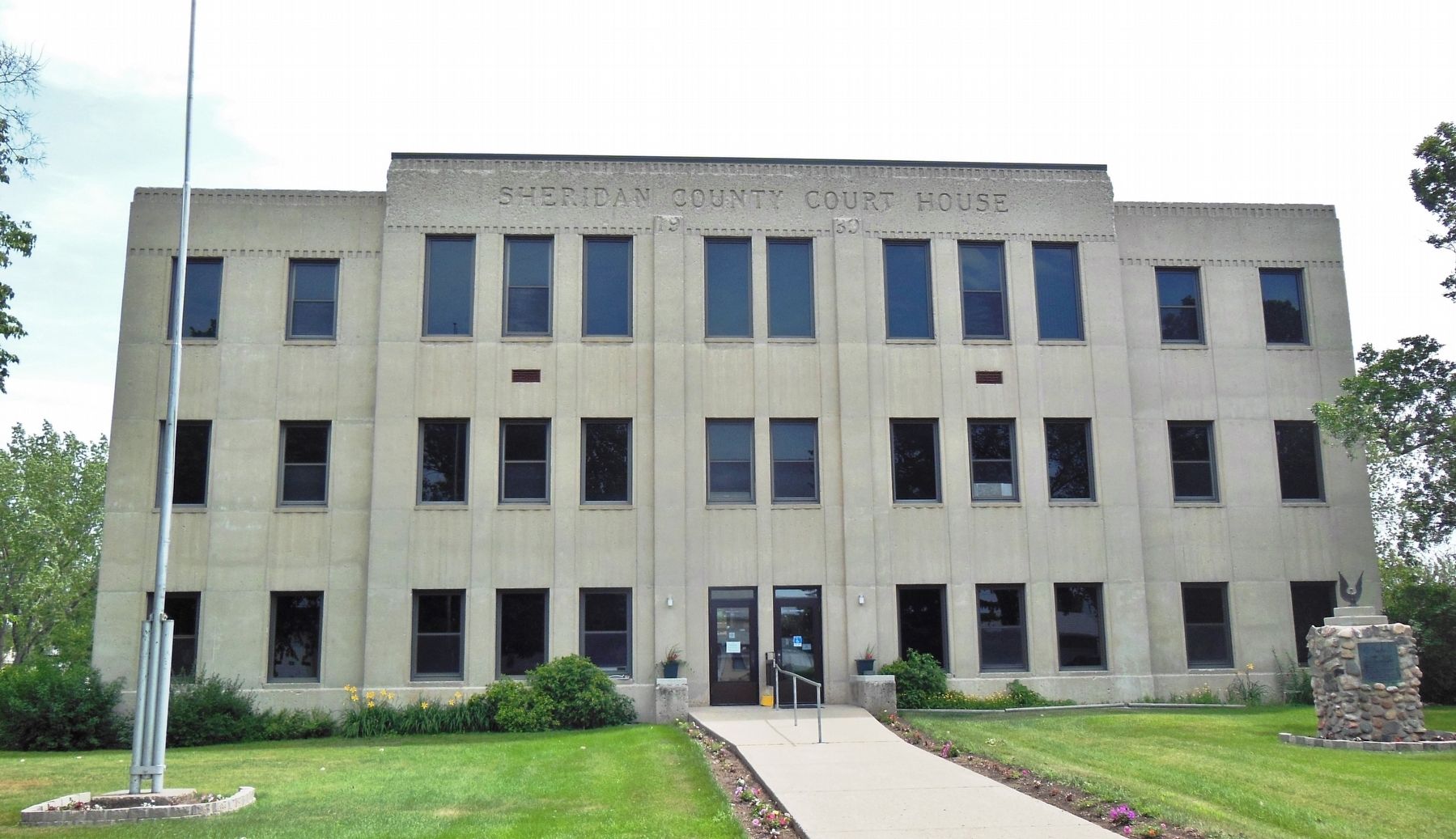