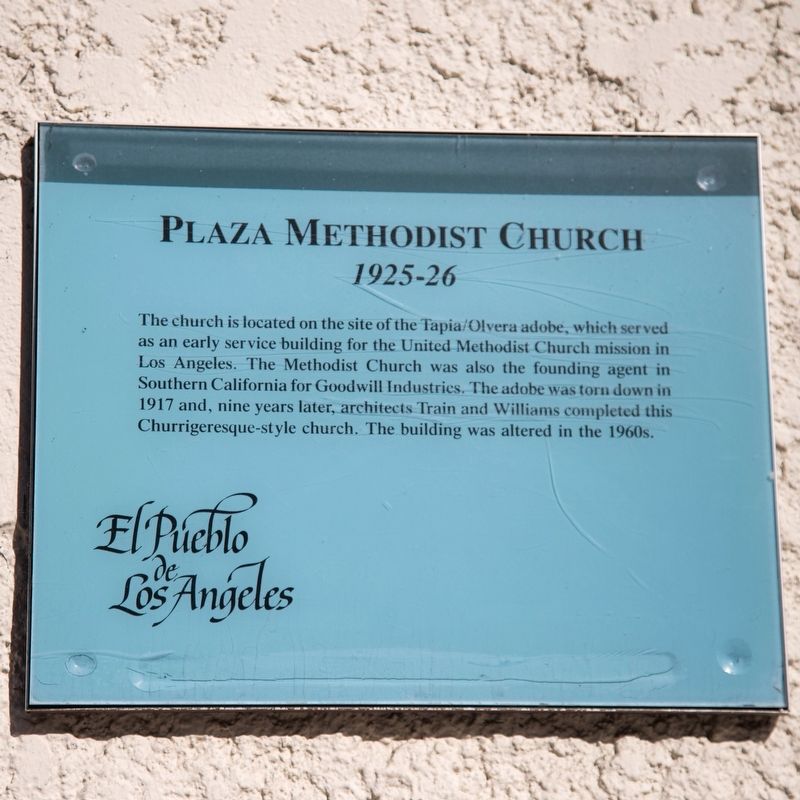 The church is located on the site of the Tapia/Olvera adobe, which served as an early service building for the United Methodist Church mission in Los Angeles. The Methodist Church was also the founding agent in Southern California for Goodwill Industries. The adobe was torn down in 1917 and, nine years later, architects Train and Williams completed this Churrigeresque-style church. The building was altered in the 1960s. 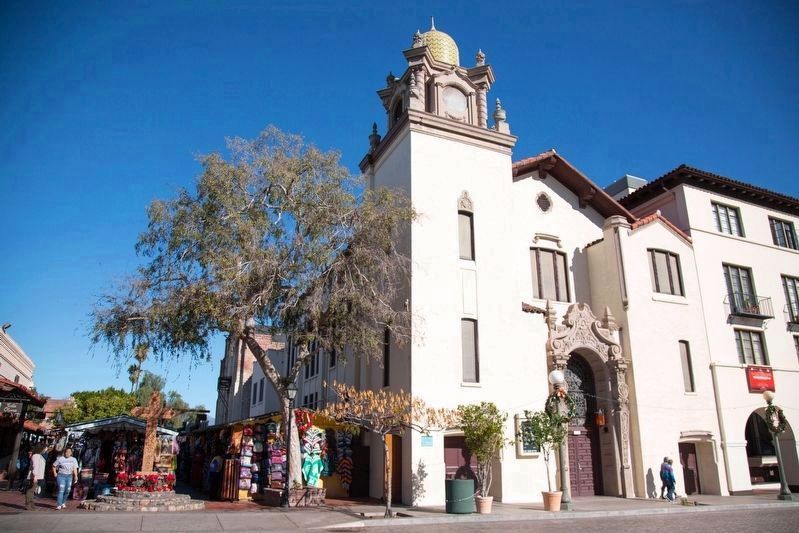