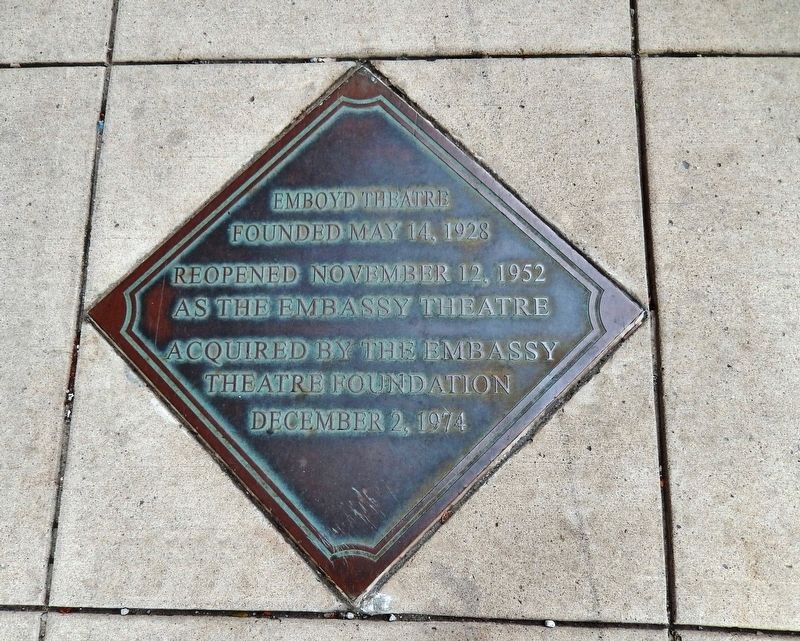 Reopened November 12, 1952
as the Embassy Theatre 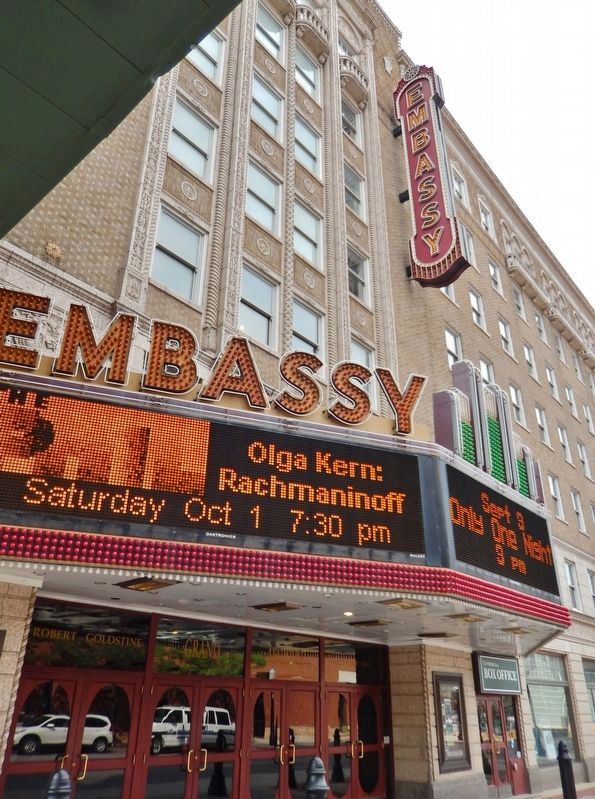 Regarding Emboyd Theatre. National Register of Historic Places #75000041. Registered as the Embassy Theater and Indiana Hotel.

Also see . . .
1. Emboyd Theatre History. Built as a movie palace and vaudeville house, the Emboyd provided a majestic backdrop for the entertainment of the day. The Emboyd came complete with the seven-story, 250-room Indiana Hotel wrapped around the north and west sides of the theatre. Vaudeville was at its height of popularity and the Emboyd featured acrobats, comedians, magicians and musicians. For nearly 25 years the biggest and brightest stars of stage and screen graced the Emboyd stage. (Submitted on December 20, 2020, by Cosmos Mariner of Cape Canaveral, Florida.)

2. Embassy Theatre (Wikipedia). The theatre has been known by its current name since 1952. Attached to the Embassy Theatre to the west is the seven-story Indiana Hotel. The theatre features a 1,100-pipe Page theater organ, which was restored between 1976 and 1996. The Embassy was placed on the National Register of Historic Places in 1975, the 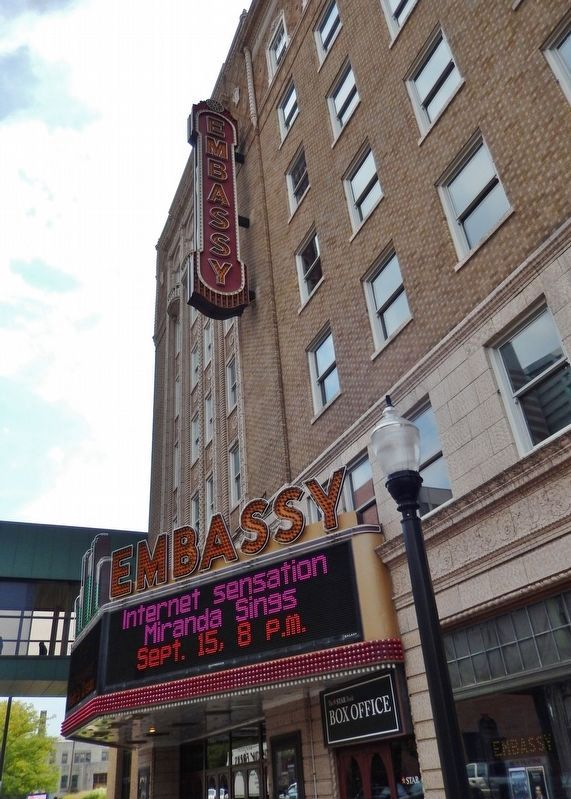 3. Grande Page Pipe Organ. In the 1920s, movie and vaudeville palaces like the Embassy were opening throughout the United States. One thing these theatres could not do without was the theatre pipe organ, which, along with orchestras, accompanied the silent films of the day. Installed in 1928, the Embassy’s Grande Page Pipe Organ is one of three of its size built, and the one of two still in its original home. (Submitted on December 20, 2020, by Cosmos Mariner of Cape Canaveral, Florida.)

4. Historic Brenograph. In the late 1920s, every deluxe movie palace had as part of its requisite equipment at least one “Master Brenograph F-7,” a massive double magic lantern advertised by its manufacturer as projecting “Everything but the Motion Picture.” The Embassy Theatre is unique in having not only its original Master Brenograph F-7, installed in the projection booth in 1928, but also a Brenograph on display in the Heritage Room. (Submitted on December 20, 2020, by Cosmos Mariner of Cape Canaveral, Florida.)