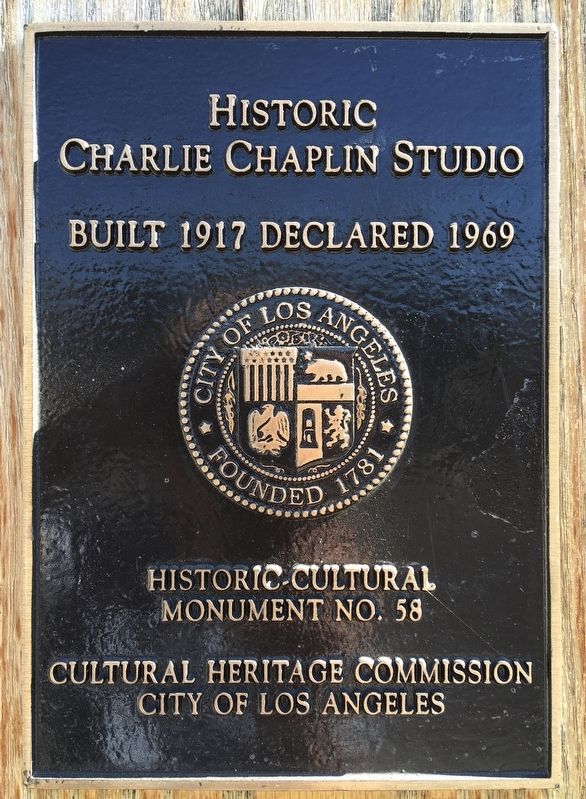 Topics and series. This historical marker is listed in these topic lists: Architecture • Entertainment • Industry & Commerce. In addition, it is included in the City of Los Angeles Historic-Cultural Monuments series list. A significant historical year for this entry is 1917. 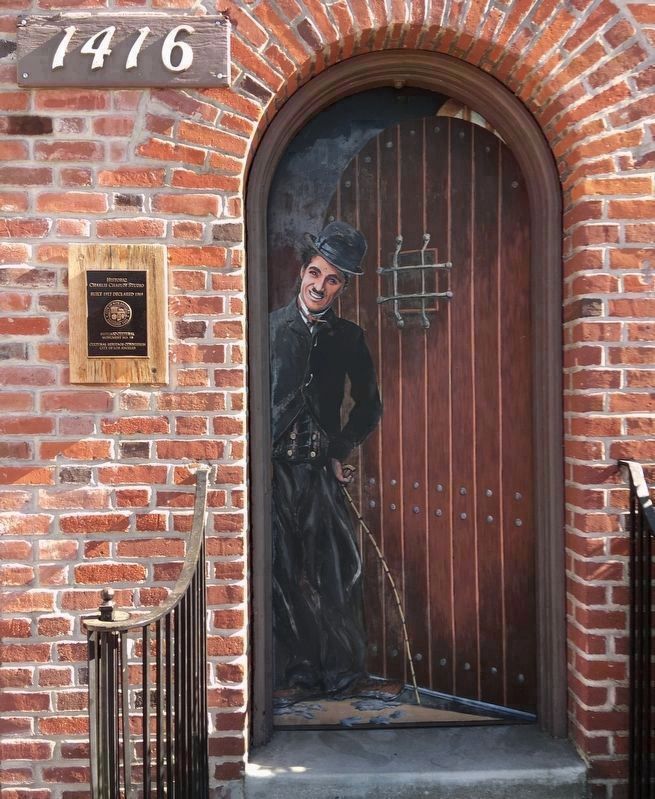 Photographed By Craig Baker, December 18, 2020
2. Charlie Chaplin Studio Marker
The door is painted to look like it’s open, with Charlie Chaplin dressed as The Little Tramp looking out.

Regarding Charlie Chaplin Studio. The buildings facing La Brea Avenue were designed as English cottage-style buildings. When the street was widened in 1928, the buildings were moved back 15 feet. In 1942, the northern part of the property extending to Sunset Blvd was sold and became a shopping center. Many of Chaplin's classic films were shot here, including The Kid (1921), The Gold Rush (1925), City Lights (1931), Modern Times (1936), The Great Dictator (1940), and Limelight (1952). After he sold the studio in 1953, it served as the Red Skelton Studios, and this is where the Adventures of Superman and Perry Mason television series were filmed. In 1966, Herb Alpert and Jerry Moss purchased the studio to serve as A&M Records studios. It was purchased by Jim Henson’s children in 2000 to become the home of The Muppets. The film and music recording studios are still used today. In 1985, the hit single and video "We Are the World" was recorded by a cast that included Michael Jackson, 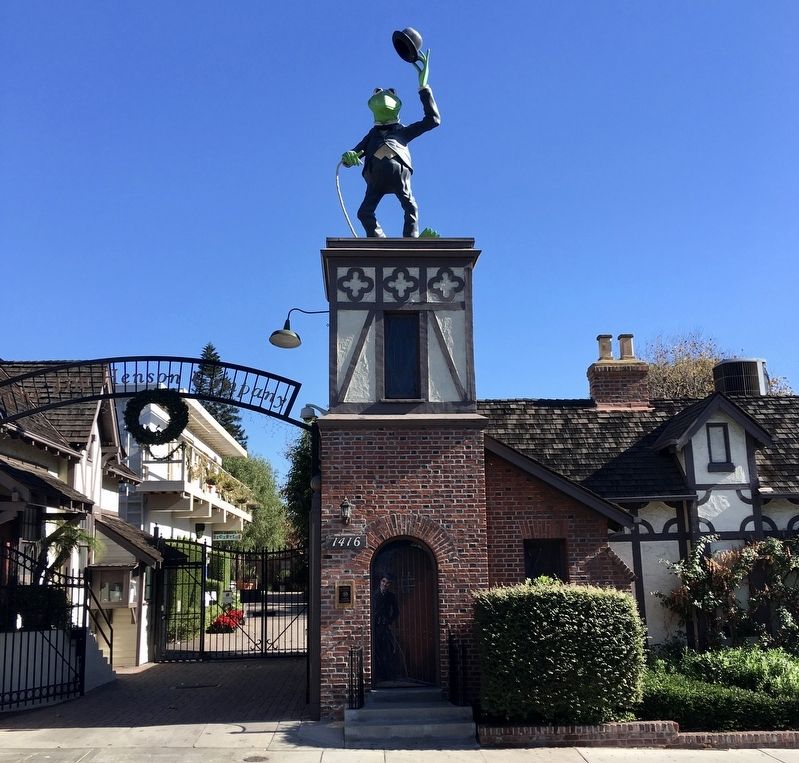 Photographed By Craig Baker, December 18, 2020
3. Charlie Chaplin Studio Marker
Located at the front gate of what is now The Jim Henson Company, home of The Muppets, with a statue of Kermit the Frog dressed as Chaplin’s The Little Tramp.
Bob Dylan, Kenny Rogers, Stevie Wonder, and Bruce Springsteen. Others who have recorded here include Styx, The Carpenters, The Police, The Moody Blues, David Lee Roth, and Van Morrison.
Charlie Chaplin’s footprints and signature can still be seen in concrete inside the property, but it is not open to the public except during special events.

Related marker. Click here for another marker that is related to this marker. - End of an Era, the “Modern Times” final scene. 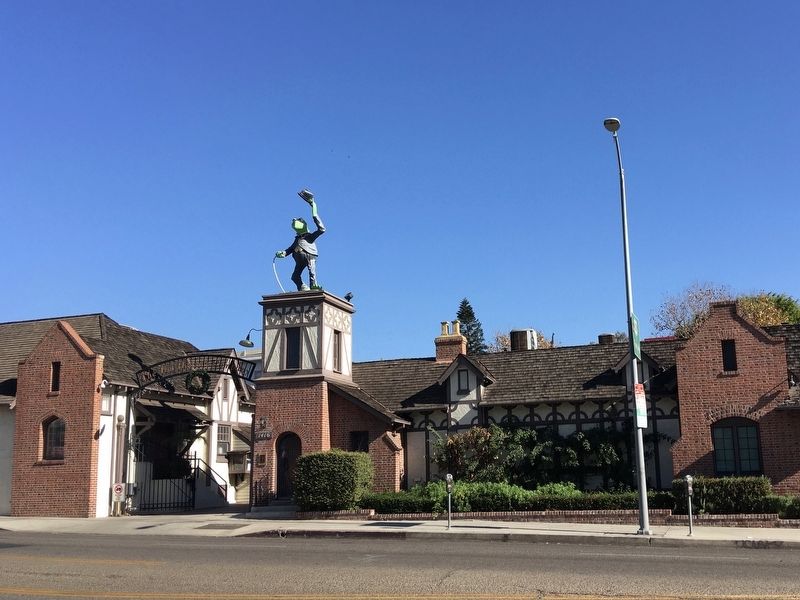