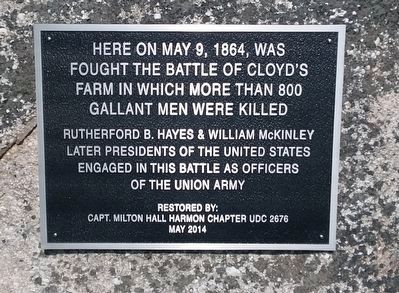 Rutherford B. Hayes & William McKinley later presidents of the United States engaged in this battle as officers of the Union Army. . This historical marker was erected in 2014 by Capt. Milton Hall Harmon Chapter UDC 2676. It is in Dublin in Pulaski County Virginia

Rutherford B. Hayes & William McKinley later presidents of the United States engaged in this battle as officers of the Union Army.

Other nearby markers. At least 8 other markers are within 4 miles of this marker, measured as the crow flies. Rearguard Action (a few steps from this marker); Battle of Cloyd's Mountain (within shouting distance 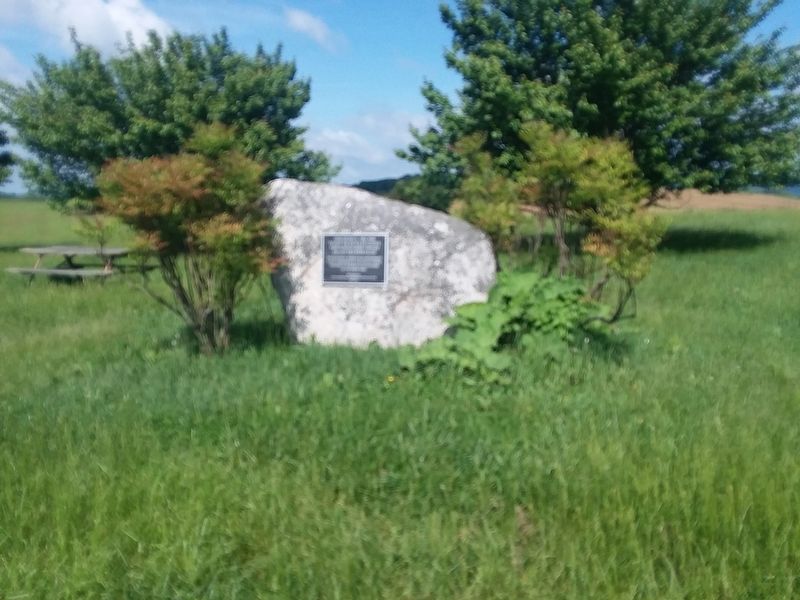 By TeamOHE, May 20, 2018
2. Battle of Cloyd's Farm Marker
of this marker); New Dublin Presbyterian Church (approx. 0.4 miles away); New River Ordnance Plant (approx. 2 miles away); American Veterans (approx. 2.2 miles away); a different marker also named Battle of Cloyd’s Mountain (approx. 3.3 miles away); Water Works — 1870 (approx. 3.8 miles away); First Court House (approx. 3.8 miles away). Touch for a list and map of all markers in Dublin.
Credits. This page was last revised on January 1, 2021. It was originally submitted on December 20, 2020, by TeamOHE of Wauseon, Ohio. This page has been viewed 40 times since then and 5 times this year. Photos:   1, 2. submitted on December 20, 2020, by TeamOHE of Wauseon, Ohio. • Bernard Fisher was the editor who published this page.
Share This Page.