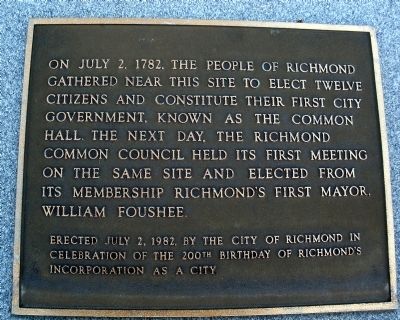 On July 2, 1782, the people of Richmond gathered near this site to elect twelve citizens and constitute their first city government, known as the Common Hall. The next day, the Richmond Common Council held its first meeting on the same site and elected from its membership Richmond’s first mayor, William Foushee.

Erected July 2, 1982, by the City of Richmond in celebration of the 200th birthday of Richmond’s incorporation as a city

Topics. This historical marker is listed in these topic lists: Government & Politics • Settlements & Settlers. A significant historical month for this entry is July 1912.

Other nearby markers. At least 8 other markers are within walking distance of this marker. To Honor (here, next to this marker); Franklin Street Burying Grounds 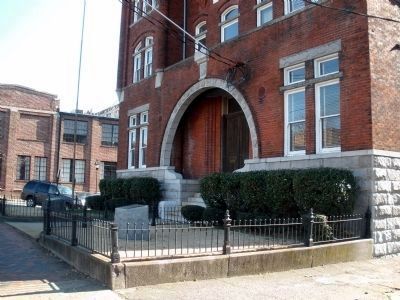 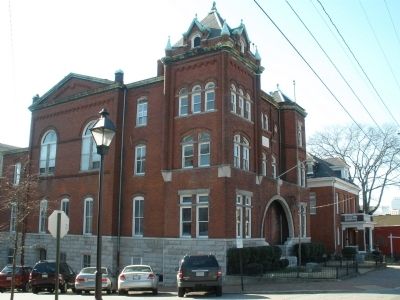