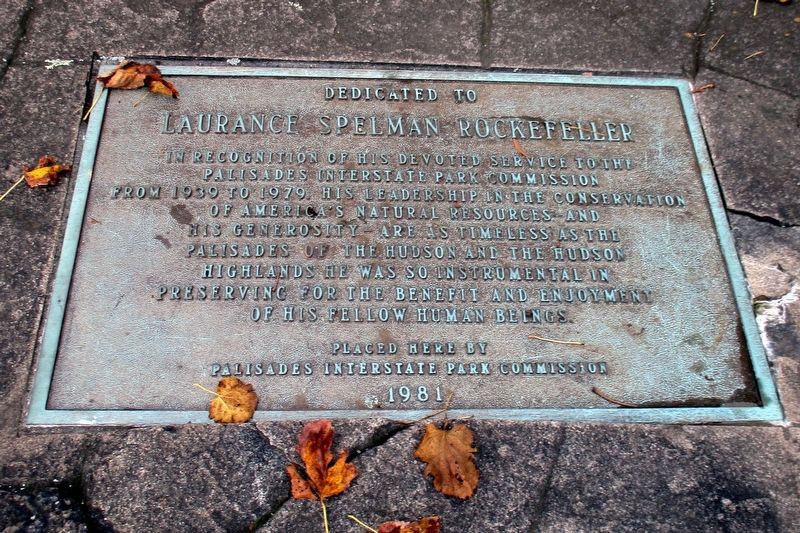 Dedicated to
Laurance Spelman Rockefeller
in recognition of his devoted service to the Palisades Interstate Park Commission from 1939 to 1979. His leadership in the conservation of America’s natural resources and his generosity are timeless as the Palisades of the Hudson and the Hudson Highlands he was so instrumental in preserving for the benefit and enjoyment of his fellow human beings. 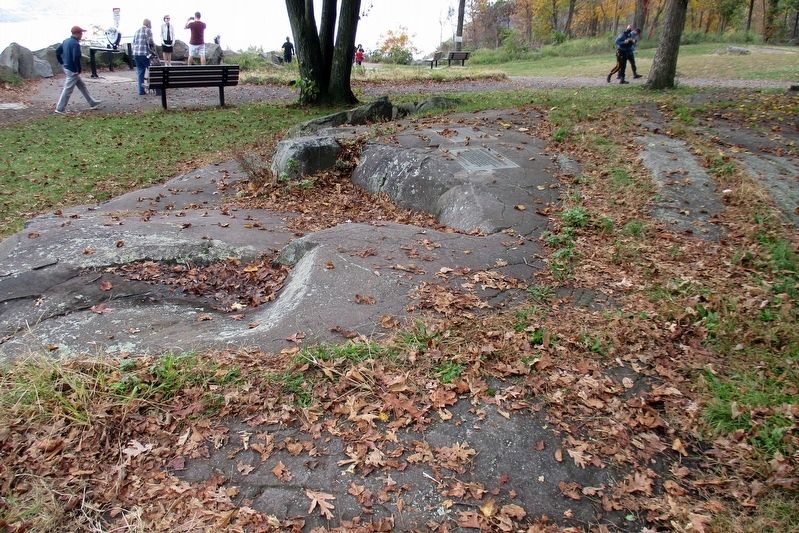 More about this marker. The plaque is at the Rockefeller Lookout. 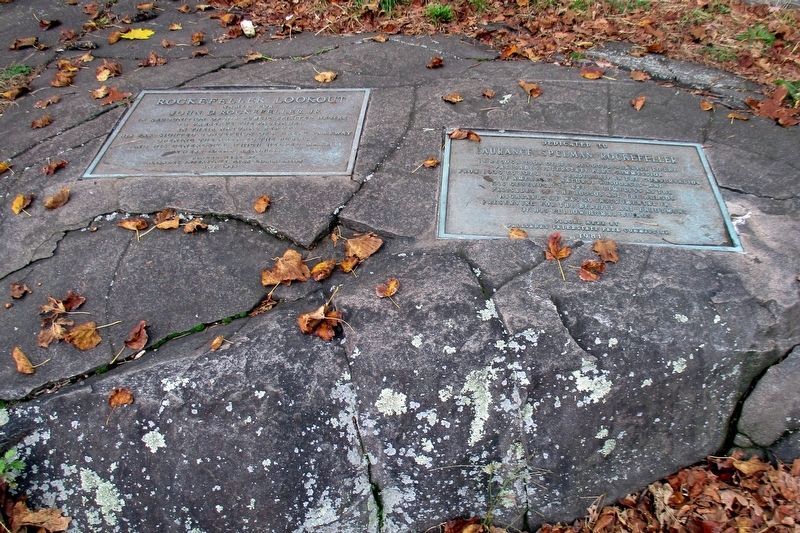 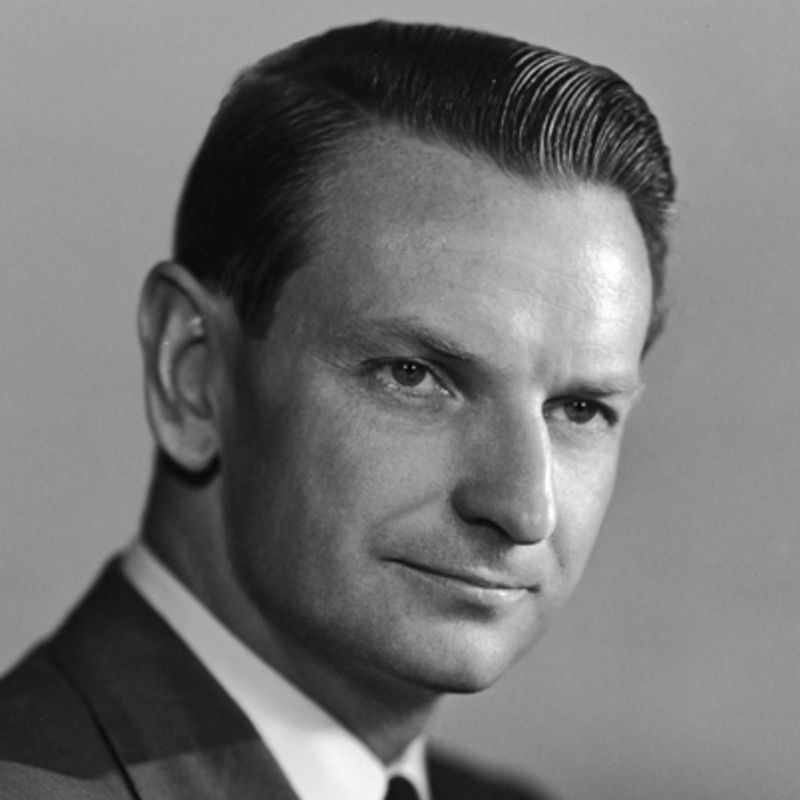