Logs were part of the railroad trestle at Pittsburgh removed in the 1930s. They became a lakeside cottage on Freeman Lake known as "The Oaks". Logs were donated by the families of: Grantham, Israel and Goyer in 2019

Erected 2019 by The Families of: Grantham, Israel and Goyer.

Topics and series. This historical marker is listed in these topic lists: Architecture • Industry & Commerce • Waterways & Vessels. In addition, it is included in the Wabash & Erie Canal series list.

Location. 40° 35.4′ N, 86° 40.933′ W. Marker is in Delphi, Indiana, in Carroll County. Marker can be reached from the intersection of West North Washington Street and North Charles Street, on the right when traveling east. The marker is on the Grounds of the Wabash & Erie Canal Conference & Interpretive Center. Touch for map. Marker is at or near this postal address: 12252 West North Washington Street, Delphi IN 46923, United States of America. Touch for directions. 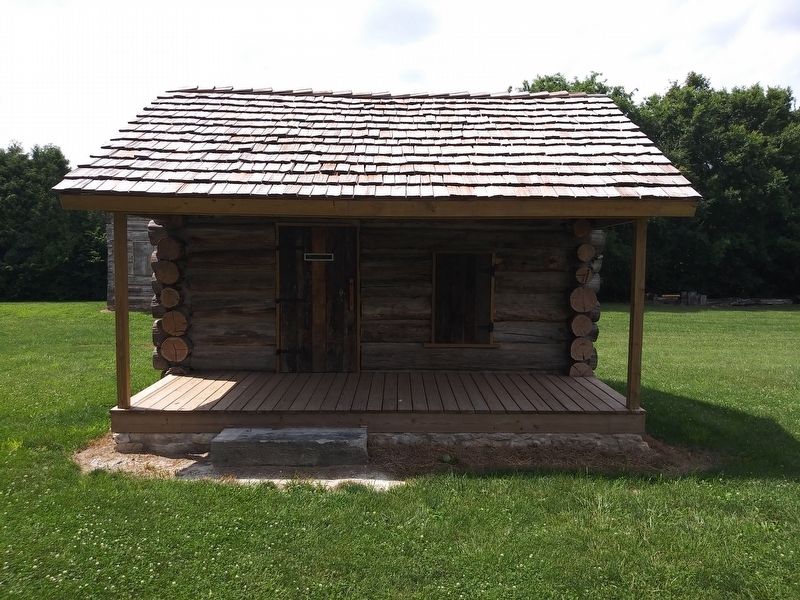 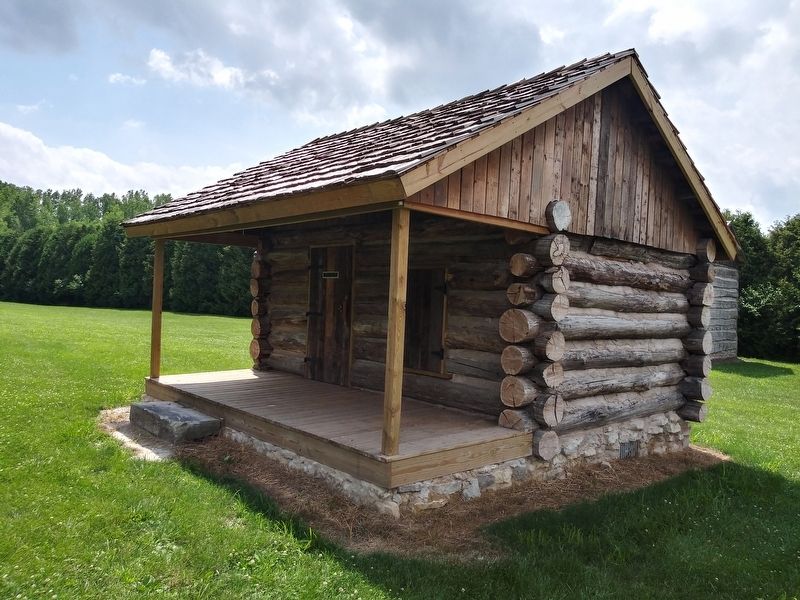