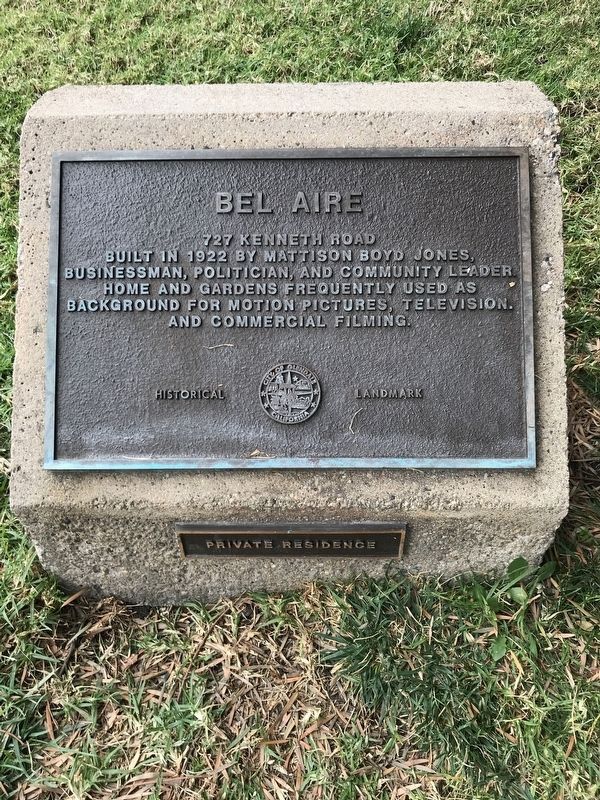 Erected by City of Glendale, California.

Location. 34° 10.27′ N, 118° 16.295′ W. Marker is in Glendale, California, in Los Angeles County. Marker is on Kenneth Road near Virginia Avenue, on the right when traveling west. Touch for map. Marker is at or near this postal address: 727 West Kenneth Road, Glendale CA 91202, United States of America. Touch for directions.

More about this marker. The marker is near the Sidewalk on the East side of the lot. The property is a private residence and not open for visitors. The home can be seen from the street. 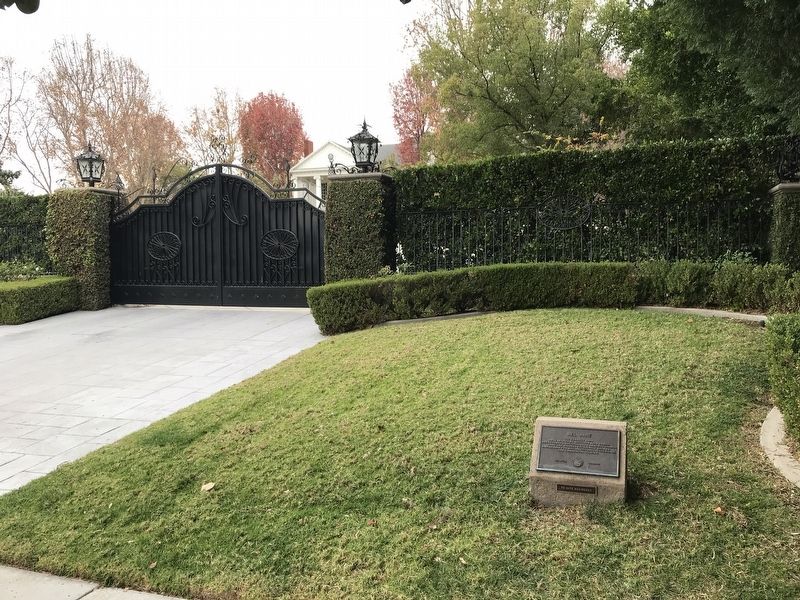 Click or scan to see
this page online
Mattison Boyd Jones was one of Glendale's most prominent early residents.

Born in Tuttle, Kentucky, Jones settled in Los Angeles in 1900 to set up his law practice. Moving to Glendale in 1911, he first resided for a number of years on Orange Street.

Jones flirted with a career in politics for a number of years but was never elected to office. In Glendale, Jones owned business, income and residential properties on Brand Boulevard. He was chairman of the advisory board of the Los Angeles Trust and Savings Bank branch in Glendale, a stockholder in the Glendale Daily Press (predecessor of the Glendale News-Press), and president of the Brand Boulevard Improvement Association.

In 1922 Jones built his home at 727 Kenneth Road. The twelve room structure was designed along the lines of a large southern style mansion. Known in the 1920s as the "White House" or (Bel Aire), the property has been frequently used over the years as the background for the filming of various motion pictures and television series as well as numerous commercials.

The only source of controversy regarding the structure is the often heard claim that it was the model for Tara in the filming of "Gone With The Wind". However, a former member of David O. Selznick's film crew has stated that the Glendale mansion was simply the inspiration for Tara, but filming was never done at the house. 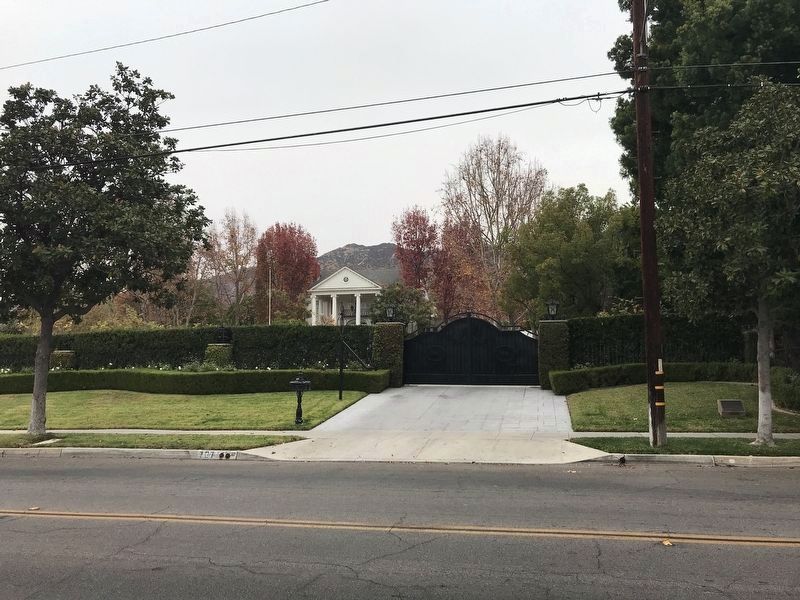