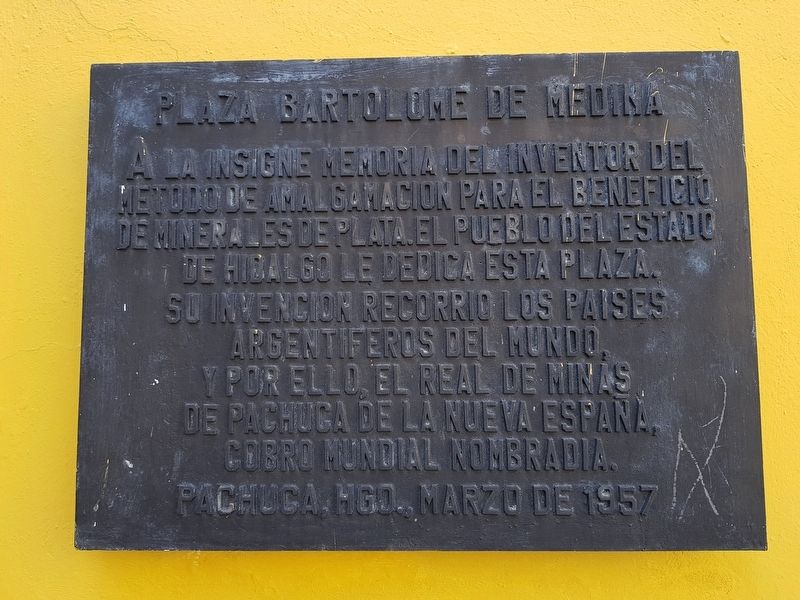 By J. Makali Bruton, December 11, 2020
1. Bartolomé de Medina Plaza Marker
Inscription.
English translation: . Bartolomé de Medina Plaza . To the distinguished memory of the inventor of the amalgamation method for the processing of silver minerals. The people of the State of Hidalgo dedicate this nearby square to him. His invention spread through the silver producing countries of the world, and for this reason, Real de Minas de Pachuca of New Spain was famous worldwide. . Pachuca, Hidalgo, March 1957 . This historical marker was erected in 1957. It is in Pachuca in Municipality of Pachuca Hidalgo Mexico