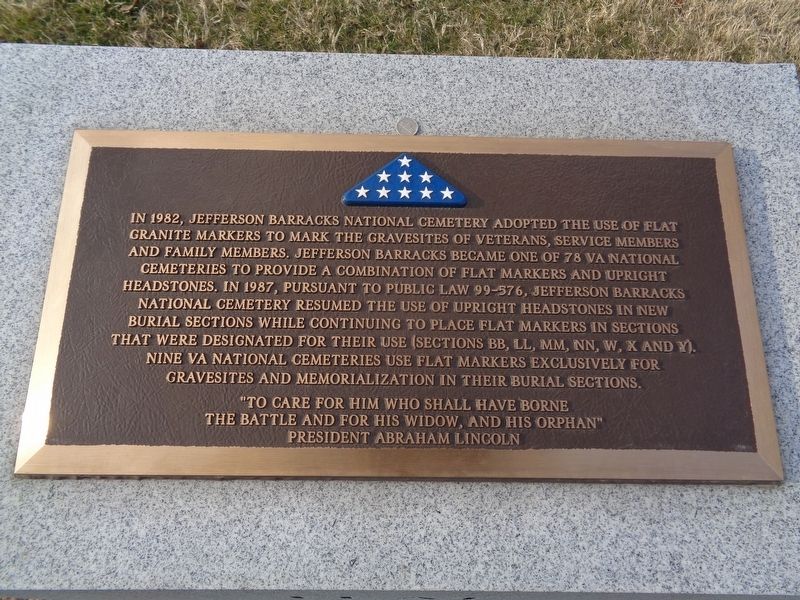 By Jason Voigt, December 28, 2020
1. Flat Gravesite Markers Marker
Inscription.
Flat Gravesite Markers. . In 1982, Jefferson Barracks National Cemetery adopted the use of flat granite markers to mark the gravesites of veterans, service members and family members. Jefferson Barracks became one of 78 VA National Cemeteries to provide a combination of flat markers and upright headstones. In 1987, pursuant to public law 99-576, Jefferson Barracks National Cemetery resumed the use of upright headstones in new burial sections while continuing to place flat markers in sections that were designated for their use (sections BB, LL, MM, NN, W, X and Y). Nine VA National Cemeteries use flat markers exclusively for gravesites and memorialization in their burial sections. . . "To care for him who shall have borne the battle and for his widow, and his orphan" . President Abraham Lincoln . This historical marker is Near Lemay in St. Louis County Missouri

"To care for him who shall have borne the battle and for his widow, and his orphan"
President Abraham Lincoln 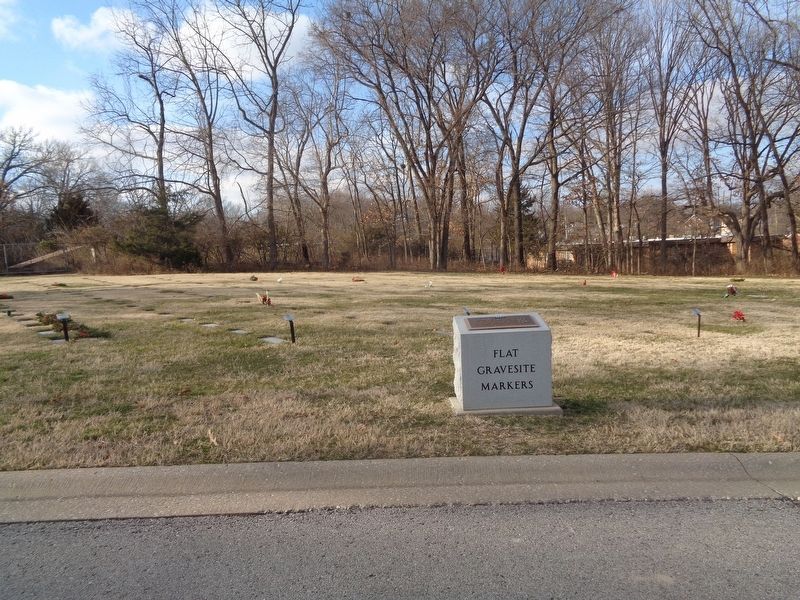 By Jason Voigt, December 28, 2020
2. Flat Gravesite Markers Marker
. Marker is on Omar Bradley Drive, on the right when traveling west. Marker is located near the west end of Jefferson Barracks National Cemetery. Touch for map. Marker is in this post office area: Saint Louis MO 63125, United States of America. Touch for directions.