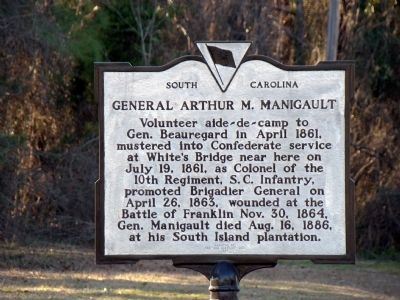 Topics and series. This historical marker is listed in this topic list: War, US Civil. In addition, it is included in the United Daughters of the Confederacy series list. A significant historical month for this entry is April 1861.

Other nearby markers. At least 8 other markers are within 3 miles of this marker, measured as the crow flies. Sergeant McDonald (approx. ¼ mile away); Gabriel Marion (approx. 0.4 miles away); Friendly Aid Society / Rosemont School 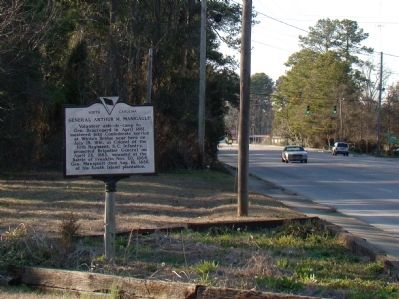 Also see . . .  General Arthur Middleton Manigault. Short biography of the general and photos of his grave. (Submitted on February 23, 2009, by Craig Swain of Leesburg, Virginia.)