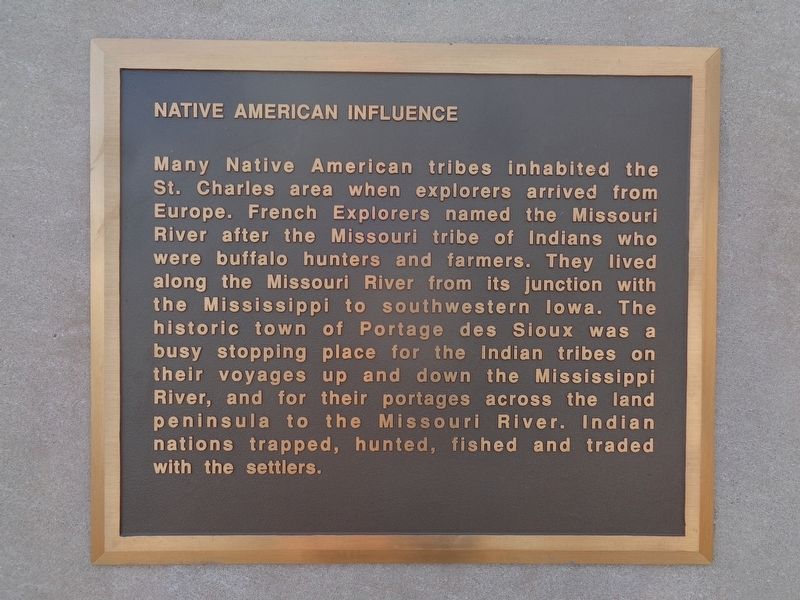 Many Native American tribes inhabited the St. Charles area when explorers arrived from Europe. French Explorers named the Missouri River after the Missouri tribe of Indians who were buffalo hunters and farmers. They lived along the Missouri River from its junction with the Mississippi to southwestern Iowa. The historic town of Portage des Sioux was a busy stopping place for the Indian tribes on their voyages up and down the Mississippi River, and for their portages across the land peninsula to the Missouri River. Indian nations trapped, hunted, fished and traded with the settlers. 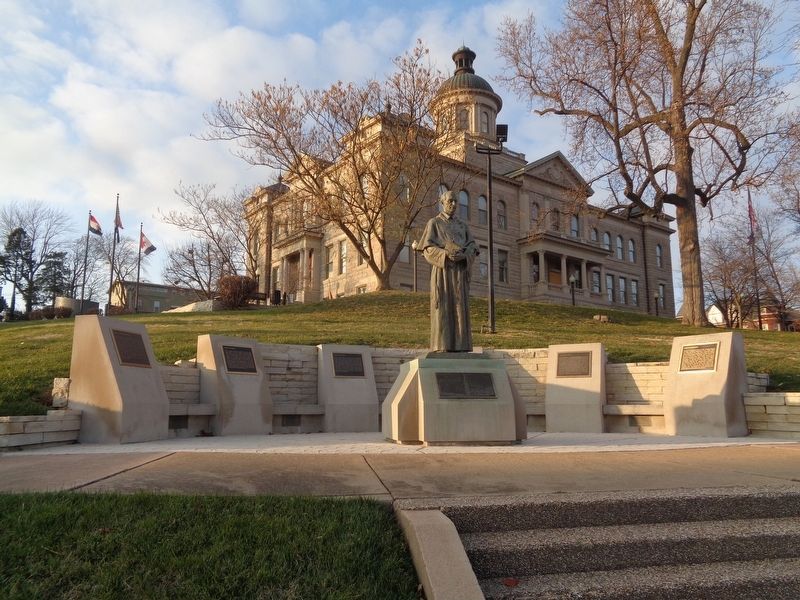